Numerous finance and technology companies are experimenting with cryptocurrencies

Numerous finance and technology companies are experimenting with cryptocurrencies

Since its inception, Bitcoin has also revolutionized fintech companies. A few names: Stripe, Facebook, Twitter, Reddit. These are all companies that have embraced the innovation brought by cryptocurrencies.

Bitcoin and crypto in fintech: welcome to web 3.0

As pointed out by Coinbase CEO Brian Armstrong, major fintech companies are approaching cryptocurrencies. Next to do so, will be gaming companies.

That’s why Armstrong goes so far as to say that:

Exciting to see – every major fintech company is now doing something with crypto. Let that sink in for a moment.

His remarks stem from a tweet by Stripe’s founder announcing the formation of a team of crypto engineers to build a payments platform suitable for web3. Stripe is not alone in wanting to integrate cryptocurrencies into its business, but it is probably one of the longest-running.

Stripe can be considered a cryptocurrency pioneer. As explained by its co-founder John Collison, Stripe and Bitcoin practically grew up together:

Stripe is a company that creates payment solutions for the web. For Collison, it was inevitable to find a way to leverage cryptocurrencies and explore the latest innovations while staying ahead of the curve. Social networks have done the same.

Facebook is not currently investing in Bitcoin, nor does it want to exploit or integrate it. In a way, it is doing more than that: it is launching its own digital currency, Diem, with a special wallet, Novi.

When the launch happens, the social network will make this currency available to potentially 2 billion users. This is why many states, protective towards their monetary sovereignty, are afraid of Diem. Sooner or later, Diem is bound to arrive on the markets and disrupt them, just like the social network that changed the world of human relations forever.

Twitter has recently integrated tips, i.e. payments that users can make to creators directly on the platform. Thanks to the Lightning Network, it is also possible to make tips with Bitcoin.

This is hardly surprising: Jack Dorsey, CEO and founder of the social network Twitter, is a fan of BTC. Not only that, he is also one of the promoters of sustainable Bitcoin mining. This can only mean one thing: he is active in ensuring that Bitcoin overcomes one of its biggest obstacles (excessive energy consumption) and improves.

The form of tipping used by Reddit is called community points: they are ERC20 tokens on the Ethereum blockchain. The social network, which is very popular in the crypto community, is also working on a second layer to increase the scalability of the blockchain, which would make transactions faster and cheaper.

The failures: the case of Telegram

Not all fintech companies have succeeded in integrating cryptocurrencies internally. Telegram‘s failure is emblematic: Pavel Durov’s instant messaging app clashed with US regulators and had to abandon its project. The TON blockchain and Gram crypto remained a pipedream.

It is a symptom that innovation must go hand in hand with regulation or risk always being held back.

Now, as Brian Armstrong said, we have to wait for the next developments and surprises from the gaming world. All this can only contribute to the spread and increased adoption of cryptocurrencies.

Revolut announces Ultra: the new exclusive subscription plan for customers. Everything there is to know

Coinbase, fears over crypto regulation in the EU

Elon Musk wants to create his own social network 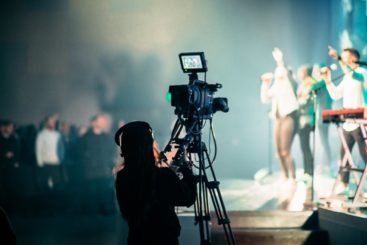