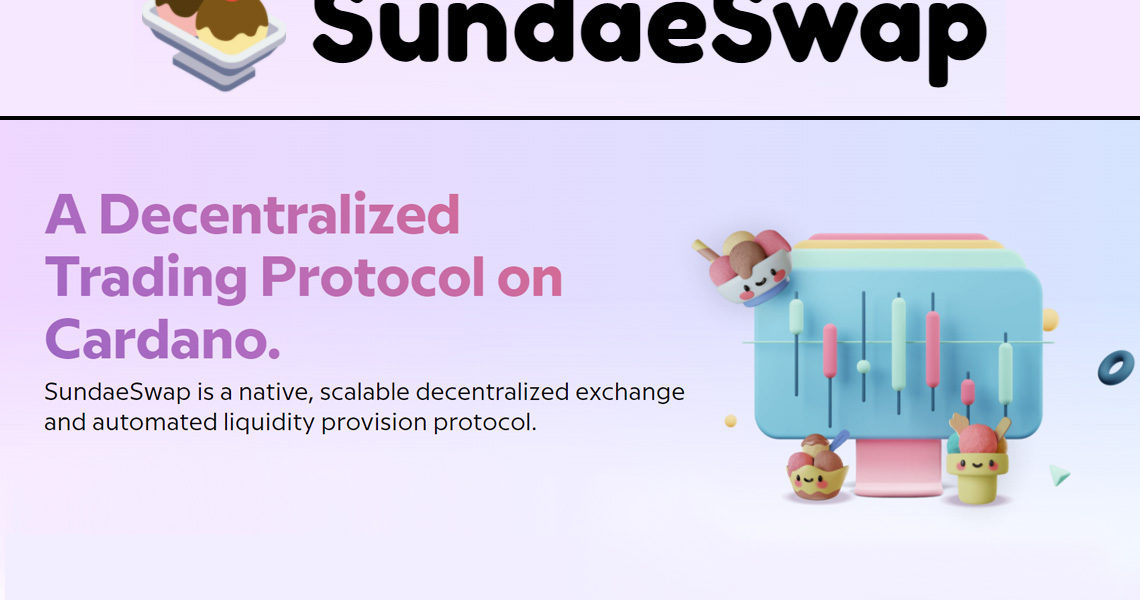 SundaeSwap, a DEX on Cardano launching its ISO

Cardano is seeing its ecosystem grow with a myriad of new projects, one of which being the DEX SundaeSwap, which is almost ready to launch its ISO.

What is an ISO?

ISO (or ISPO) stands for Initial Stake Pool Offering and it’s a new token distribution model which can complement the more commonly known ICO (Initial Coin Offering) or IDO (Initial DEX Offering). In other words, it’s a sort of airdrop that can accompany a project’s token sale.

The ISO model can only take place on Proof of Stake blockchains as it involves staking to selected stake pools.

In more detail, users delegate their ADA (Cardano’s cryptocurrency) to stake pools participating in the ISO and every Epoch (5 days), delegators get rewarded with tokens from the DEX, often alongside the usual 5% yearly ROA (Return on ADA), which depends on the amount staked.

Among the DEXs on Cardano, SundaeSwap is the most anticipated. With their 200k followers on Twitter, they dwarf the followers of other DEXs like Minswap (30k) and Maladex (10k). To make a comparison with Ethereum, Uniswap has 700k followers, although it has existed for years.

For their ISO, SundaeSwap has allowed existing stake pools to apply for the role of “Scooper”, which not only will be essential to distribute their tokens, but are also an important part for the functioning of their DEX.

At the time of writing this article, there’s an ongoing vote which will lead to the selection of the stake pools that will become Scoopers and will allow their delegators to receive SUNDAE tokens.

The voting process is very intuitive. As an example, we’ll use 2 stake pools that we interviewed for our Cardano SPO Column: Bio Pool [BIO] and Stake for Nature [ST4NA].

It is enough to visit the SundaeSwap ISO Dashboard, select the stake pools to vote for and a specific amount of ADA will be displayed. In the case of our example it is 2.912453 ADA, with “912” corresponding to BIO and “453” to ST4NA:

Voters have to use a non-custodial wallet like Yoroi or Daedalus and send this transaction to themselves. This will allow the SundaeSwap team to scan the Cardano blockchain for these specific amounts and count the votes. Voting power corresponds to the ADA held by the users.

The voting period ends on Tuesday, November 16, after which, the SundaeSwap will announce the selected stake pools and share more details about the start of the ISO.

Some time ago we interviewed Minswap, another DEX on Cardano, which has been running its FISO (Fair Initial Stake Pool Offering) for several months. In the case of Minswap, they called themselves “Fair” because instead of setting up their own stake pools, they collaborated with smaller SPOs (Stake Pool Operators) to counter the centralizing force of users staking their ADA with fewer stake pools.

Another DEX opting for the ISO model was Maladex. In their case however, they created their own stake pools and are rewarding users with MAL tokens when they delegate their ADA to the stake pools MAL, MAL2 and XMAL.

These are just the first steps of DeFi on the Cardano blockchain. Following the activation of smart contracts, developers have been working hard and the first results are starting to appear.

Axelar (AXL) crypto up 50% in a week: all the details
Investors Flock To Ethereum And Orbeon Protocol After Recent Price Increases

Whether The Crypto Market Is Making A U-Turn Or This Is A Dead Cat Bounce, Here Are The Best Presales To Hit In 2023: DogoDoge, FightOut, Big Eyes Coin, And More!