The report on Bitcoin mining

This is a biweekly report on mining, with metrics and news specific to miners, regulatory developments, and any other topics that impact the industry.

This week’s report, by Ryan Swanson, reveals that Bitcoin mining appears to be a somewhat stressed business due to the recent drop in the price of BTC to $20,000.

In fact, the drop is causing problems for miners because it has actually reduced their revenues just as production costs have increased. All this is putting pressure on the profitability of Bitcoin mining, which has fallen to levels not seen since October 2020, before the last big bull run began.

Right now, only those with low energy costs and top-quality equipment are mining at a profit.

Despite this, the overall hashrate is still near the highs, as it remains well above 220 Ehash/s, while the daily record is only above 250. It is possible, therefore, that new high-efficiency machines are making a difference in such a scenario.

Miners’ profitability is at risk

The problem of low profitability is adding up to another problem, namely the dependence of mining on capital raising, which has recently dried up. Because of this, many miners are actually forced to sell mined BTC on the market, “altering their original HODL strategy”.

Oftentimes, BTC collected by miners that are not used to pay costs are simply stored in wallets for the long haul. Apparently, right now they can no longer set any aside, and are forced to sell almost all of the BTC they cash in.

Until they significantly reduce hashrate the problem will persist, because that would be the only way to reduce costs.

Unfortunately, the 12- to 18-month delivery delay of Bitmain’s new S19 ASICs means that miners as a whole continue to add machines to their fleets, instead of reducing or shutting them down to reduce costs.

“Most of the new hashrate coming online today was likely ordered over a year ago”.

Hence the price of Bitcoin is currently discounting the long wave of the resounding delay in delivery of the latest mining machines, forcing miners to put them to work right away, even at the cost of producing lousy profits. All of this results in an inevitable increase in the average BTC that miners sell on the market after mining them, leading to increased selling pressure and a drop in price.

It is possible that this dynamic can only be interrupted either in the event of a further collapse in the price of BTC, which would make the solution of shutting down the machines less worse than keeping them on at all costs, or in the event of bankruptcy of some large miner. Alternatively, it will be necessary to wait until they finish recovering the costs they have incurred in the past to purchase the machines before it would be convenient for them to turn them off.

Previous article ETF on spot Bitcoin: VanEck is at it again
Next article MiCA has been officially approved
Marco Cavicchioli 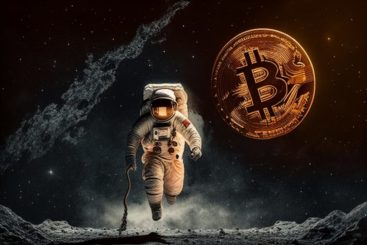