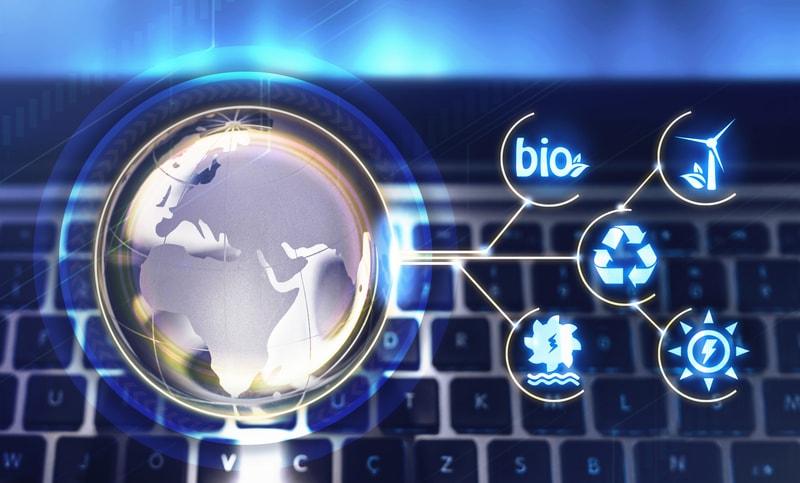 Some projects are trying to take advantage of blockchain technology to revolutionize the energy market.

The result will be a platform on which anyone can develop their own apps, in the hope that this will increase the spread. The aim is, in fact, to create a very inclusive system that includes not only consumers but also producers, managers, distributors and so on.

POWR is the token tradable on exchanges, while Sparkz is the internal platform utility token, and represents 1 kWh of electricity.

To use the platform, however, you need smart meters installed in your home, able to record data in the Power Ledger blockchain, and this is currently slowing down its deployment, as the cost of installation is not very low.

The installer will be able to choose where he wants to buy the energy he uses from, for example by choosing only renewable energy sources, while producers will be able to receive practically immediate payments.

Another initiative is WePower, which deals specifically with crowdfunding for renewable energy projects. To do this, it wants to organise auctions through which consumers can pre-purchase renewable electricity from producers they want to finance, in exchange for a discount.

The token used is WPR and has two uses: it gives owners 48 hours priority access to auctions and gives them a share of all the energy sold through the platform.

So far, the WePower team has already managed to involve some energy producers and auction the tokens on the platform. The long-term goal is to become a “decentralised virtual energy retailer”, a bit like a Power Ledger.

There is also Restart Energy, an existing energy retailer that is trying to create a new energy market called Restart Energy Democracy Platform or RED-P.

The platform will allow producers to sell directly to consumers, with revenues potentially 30% higher due to the absence of intermediaries. At the same time, consumers could also save money.

Again, the installation of smart meters is required, but Restart Energy has decided to provide customers with the necessary equipment to overcome this obstacle.

MWAT tokens are needed to use the platform, and each MWAT allows you to exchange up to 1 MW of energy on the platform each month. The KW tokens instead represent 1 kWh of electricity each and are exchanged on the RED platform.

The purchase of MWAT also gives users a membership in the company’s franchise, for example by acting as intermediaries in their area, and is expected to generate passive income in the form of KW tokens, since each producer using the platform must supply 1% – 5% of its energy to a Community Energy Fund, which is then distributed to holders of MWAT in proportion to their holdings.

The first, HivePower, is developing a solution for the creation and management of local energy communities based on the Ethereum blockchain, optimizing economic exchanges between participants in order to reduce costs and enhance their resources. Here as well, It requires the installation of an intelligent meter to “tokenize” safely the energy.

Cyclean instead focuses on electric vehicles. In fact, their business model is currently based on bicycles and electric motorcycles, but they also want to expand into the electric car sector.

The CyClean token can be used to rent electric cars by using smart contact. The company operates in South Korea and aims to expand throughout Southeast Asia.

CyClean vehicles are equipped with a wireless connection so that the location can be easily tracked for rental management.

This sector is perfect for the “tokenisation” process, both because it consists of a large number of transactions that can be managed by computer platforms, and because in recent decades there has not been a technological evolution in this field, as demonstrated by the very low prevalence of smart meters.

Moreover, it is a sector in which energy saving ecological aspects are generating new needs that are difficult to meet with traditional technologies.

Previous article Confidence is a risk, even in the digital world
Next article IBM, Microsoft, Oracle and blockchain (part 3)
Marco Cavicchioli