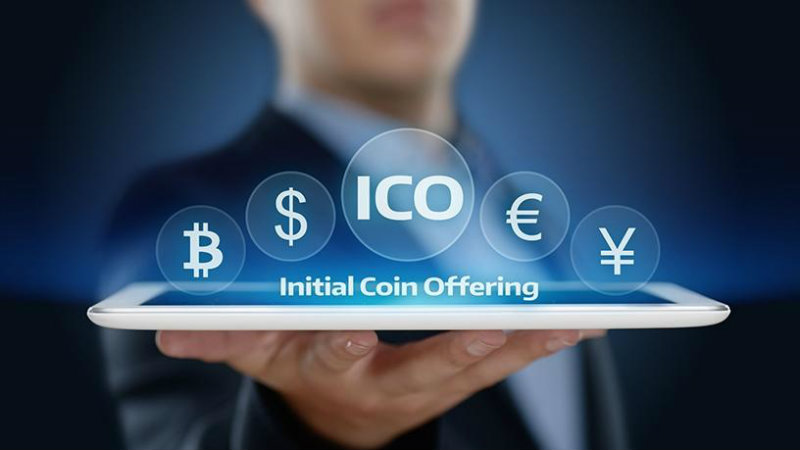 A very recent report by Ernst & Young answers a question that many investors have asked themselves with respect to all the tokens sales of 2017, namely, what is the behaviour of ICOs on a medium-term perspective, or at least in a timeframe longer than 1 year?

The study examines the main ICOs of 2017, which account for as much as 87% of total inflows during the past year, and assesses their evolution after 12 months, in October 2018.

Unfortunately, the results are not encouraging: 86% are below listing prices and 30% have suffered a substantial loss in value.

On average, the loss from the ICO portfolio, calculated on 141 ICOs, was 66%, which falls to 56% considering the top 10 but rises to 77% considering only the smaller ones: a real bloodbath.

Unfortunately, even the implementation phase was rather complex and led to the realization of very few projects.

One year later, only 13%, compared to the initial 5%, have a complete product, while another 16% have presented a prototype against the initial 11%. In practice, only 13% of all the ideas proposed during the ICO went through a further implementation phase compared to last year, for a total of 29%.

Instead, the remaining 71%, remained at the state of conception and this also explains why the prices have not risen: 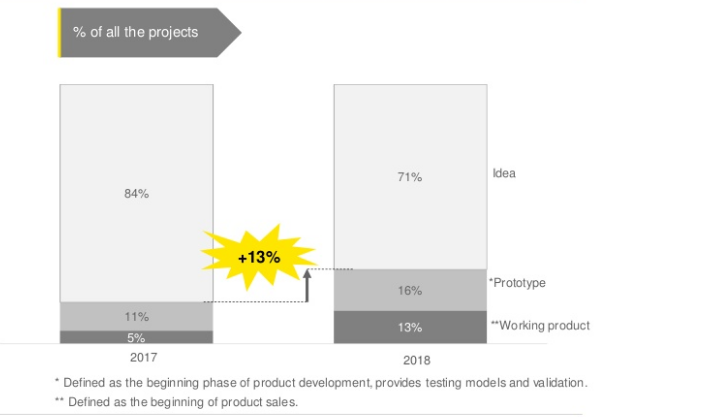 The research then highlights an interesting and important element concerning Utility Tokens, that is, the tokens that should be used as a payment tool or a service. In this case, of the 25 projects examined, 7 also accepted fiat currencies.

This element is rightly judged with some seriousness, as it implicitly devalues the value of the Utility Tokens offered at the ICO: 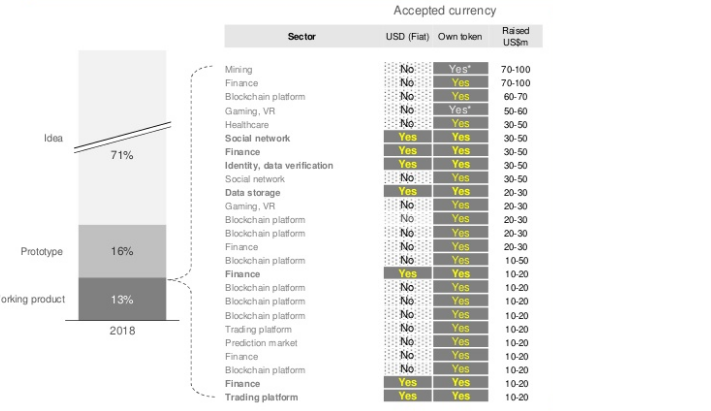 As far as the platforms are concerned, Ethereum is always the preferred one, although some ICOs have involved a large number of new platforms. Even considering the overall activity of developers, Eth is always by far the most advanced. 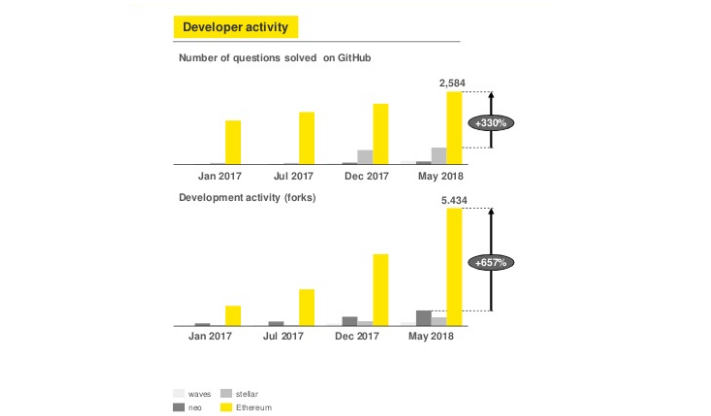 This report also highlights how it is necessary to invest extremely selectively when it comes to ICO; few really manage to give a return in the medium term, so it’s better to rely on professionals.