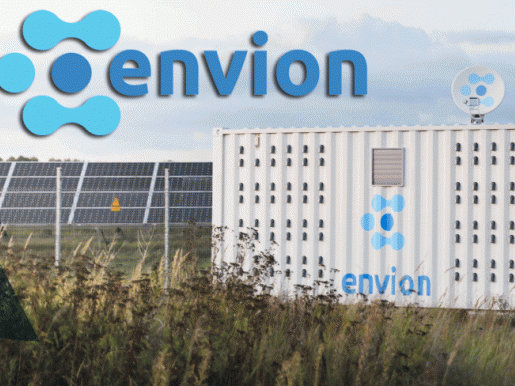 Already in July, Swiss FINMA had begun to investigate Envion‘s ICO, which raised over $100 million with the issuance of ENV tokens.

Now the cantonal court of Zug has ordered the closure of the company and its liquidation.

The idea of the two main partners of the company, Michael Luckow and Matthias Woestmann, was to extract cryptocurrencies with mining activities powered by renewable energy sources.

However, after the ICO, a conflict arose between the two partners that led Woestmann to accuse Luckow of extracting more coins than agreed.

Woestmann himself then planned a capital increase that diluted Luckow’s share and this exacerbated the conflict.

In the end, Woestmann resigned as president and the company remained basically just with the board of directors.

In the meantime, it was also discovered that although the company was registered in Switzerland, the actual work was carried out by another company owned by Luckow, Trado based in Berlin.

The Zug cantonal court intervened, accusing the company of a total lack of any auditing activity, ordering the closure of the company and the liquidation of its assets.

The court’s ruling is not binding and could be overturned on appeal, so the last word has not yet been said.

However, a Zurich legal expert, Urs Schenker, argues that liquidation is “unavoidable” and the financial supervisory authorities have already appointed an investigator.

Envion investors hoping to get their money back will still have to be very patient, because the liquidation could take one or two years and the current situation is not yet legally clear.

For example, it is not yet clear whether the owners of the ENV tokens are in fact creditors of the company. In addition, much of the money collected is no longer in the accounts of Envion, but in those of Luckow’s company in Berlin.

Circle: more transparency on the peg thanks to New York Community Bank
Terra may own $3.6 billion in UST and USDT

The performance of Tesla, Enel, Telecom, Ferrari on the stock market