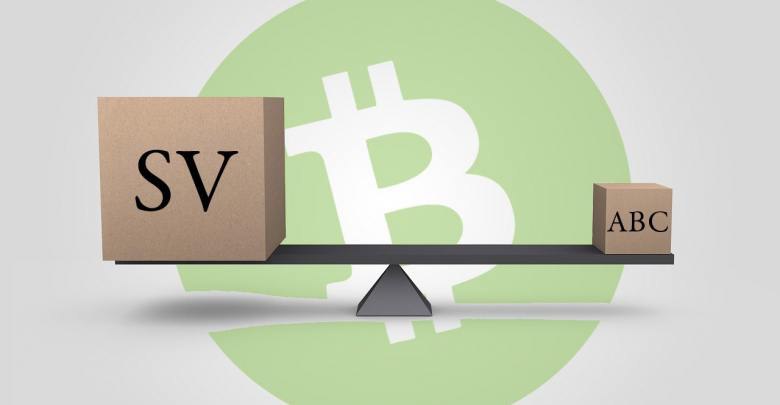 Scrolling through the list of the first 50 cryptocurrencies listed on Coinmarketcap, only a green sign emerges, that of Bitcoin Cash SV, which marks an increase of 15% from yesterday’s levels. While the hostilities between the two factions of Bitcoin Cash ABC (BCH) and Bitcoin SV (BSV) continue, in the last hours it is BSV that shows its muscles.

The BSV cryptocurrency, led by the coalition of Craig Wright and Calvin Ayre, after being on the losing side in the first hours after the fork which occurred last November 15th, it began to recover some ground in terms of the hash rate, which led BSV to overcome the computing power of BCH, arriving at a current difference of only three blocks.

While the bitcoin market share returns again close to 55%, Ripple continues to hold 11%, while Ethereum instead, falls below 9%, levels that were abandoned in March 2017.

For the rest, the weakness continues throughout the sector, making bearish positions prevail again.

Today’s open interest rate, an index that sums up the positions opened by operators over several days, shows a prevalence in favour of short sell contracts.

More than 55% of overnight positions are in a downward trend. The prevalence of downward positions is not a reliable index in favour of ulterior declines, but it is, however, a meter of reference in order to understand in real time the sentiment of the operators.

The fall in prices of recent days is accompanied by a decline in daily volumes from over $20 billion recorded on average last week, to less than $15 billion traded over the past few days.

The fall in prices that began yesterday afternoon brings the prices below the 3900 area. In a context characterized by increasingly thin volumes, it becomes difficult to assess the possibilities of a rebound in prices that can only come if supported by the return of purchases.

The break down of the 3600 dollars will increase the chances of further extensions towards 3400 dollars area. A return over 4400 dollars is necessary to pull a sigh of relief.

During the Asian night, a sudden bearish movement occurred, accompanied by volumes above the average of the last days but lower than those traded in the last two weeks, which pushes prices below $100 for the first time since May 19th, 2017. The technical structure of Ether is becoming more and more delicate.

A failure to return above the $100 area within the next 2 days, opens space for declines down to the $85 area. To find the first positive signs it is necessary to return above $125.