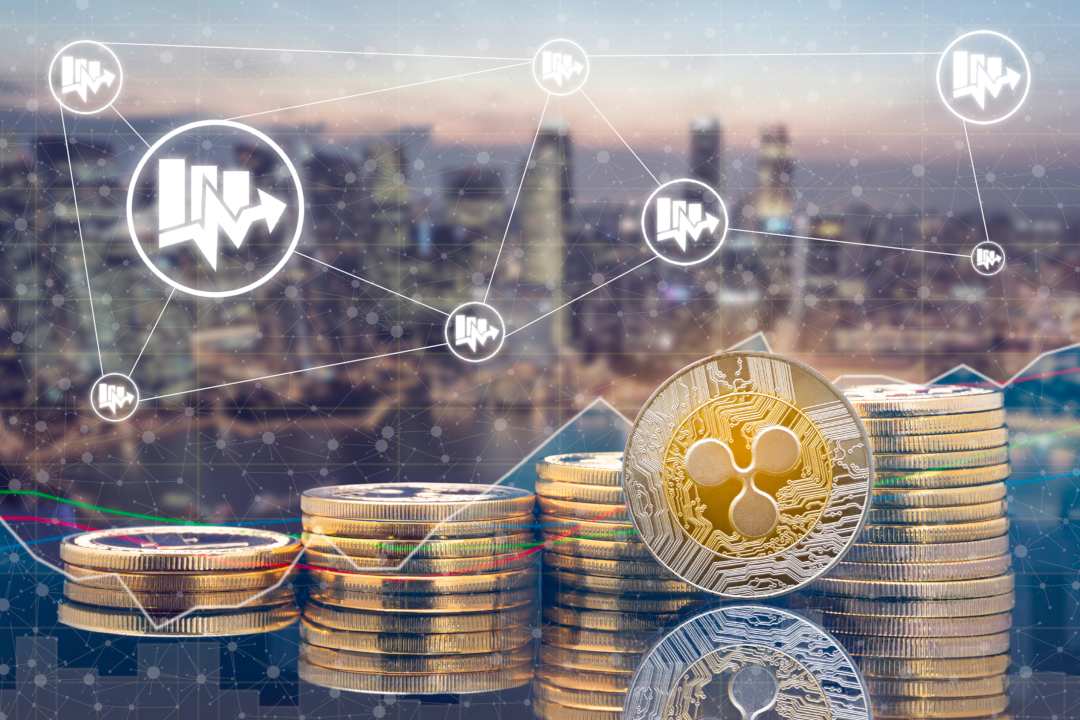 In today’s top 10, the price of Ethereum rises by 3.5% and Ripple’s (XRP) by 2.5%. The price of XRP, thanks to this performance, manages to put the head above the 34 cents, a level abandoned Thursday, April 11th.

Two days later, investors are reassessing the policies, dynamics and importance of this third largest cryptocurrency, XRP. A recent Forbes article listed the Ripple Foundation as one of the 50 most important fintech companies with a market value exceeding one billion dollars, which may have particular relevance during 2019.

Among the top 50 technology business companies, there is also Ripple in the ranking next to giants such as Microsoft, IBM, Amazon. This could have supported a delayed burst pulse of the bullish movement that brought back the price of XRP out of the congestion that had characterised all the lateral movement from mid-January until late March last. The bullish trend of the beginning of April had seen prices reabsorb in the last few days.

Among the first 20 crypto, the biggest rise is scored by Binance Coin, which is close to 10% and exceeds 21 dollars, updating the highs of 2019 to a step from the historical highs reached in January 2018, ie 25 dollars.

Among the biggest increases of the day, there is also that of Augur, which stands out with a +15%. This cryptocurrency, born from a project in 2014, which raised funds with the token issuance in 2015, is back in the spotlight. Among the major supporters of this project is Vitalik Buterin Jo Costello, Elizabeth Stark, who is one of the designers of the Lightning Network. Augur currently holds the 32nd position on Coinmarketcap with a market cap of just over $240 million.

Among the best of the day, there’s also Basic Attention Token (BAT), which scored an increase of 11%.

The market capitalisation of the cryptocurrencies

The total crypto market capitalisation returns to almost 180 billion dollars with the dominance of bitcoin that continues to remain over 52% and with that of XRP trying to recover 8% share. Ethereum tries to jump over 10.1%.

Despite the positive day, trading volumes in the last 24 hours dropped by 7%. It is not a positive sign for the rise but we must consider the approaching of the Easter holidays

Bitcoin continues to give excellent signs of holding the $5,200 level. During the night, bitcoin failed to exceed $5,300 due to lack of volume support, just below the average of the last two weeks.

The technical signal is very important. In recent days the holding of 5,000 dollars as well as being a technical support is a very important psychological threshold that firmly confirms the bullish movement.

In the next few hours, the support of the volumes is necessary to push more decisively over 5,300 points and then push the rises over $ 5,400, which remains in the medium to long term the resistance to be broken in order to observe a further upward impulse in the coming days.

Ethereum returns over 170 dollars after stopping at 165 dollars. The bullish idea can give hope to reach over 175 and then over 185 dollars. These are the two levels of resistance that would confirm the stability of 165 dollars. This threshold, as repeated many times, has become an important level of support, a fundamental watershed between Bears and Bulls.

A fall below 165 and a movement below 155 dollars could attract the attention of sellers. A boost to 175 and then $185 would give a very good bullish signal.