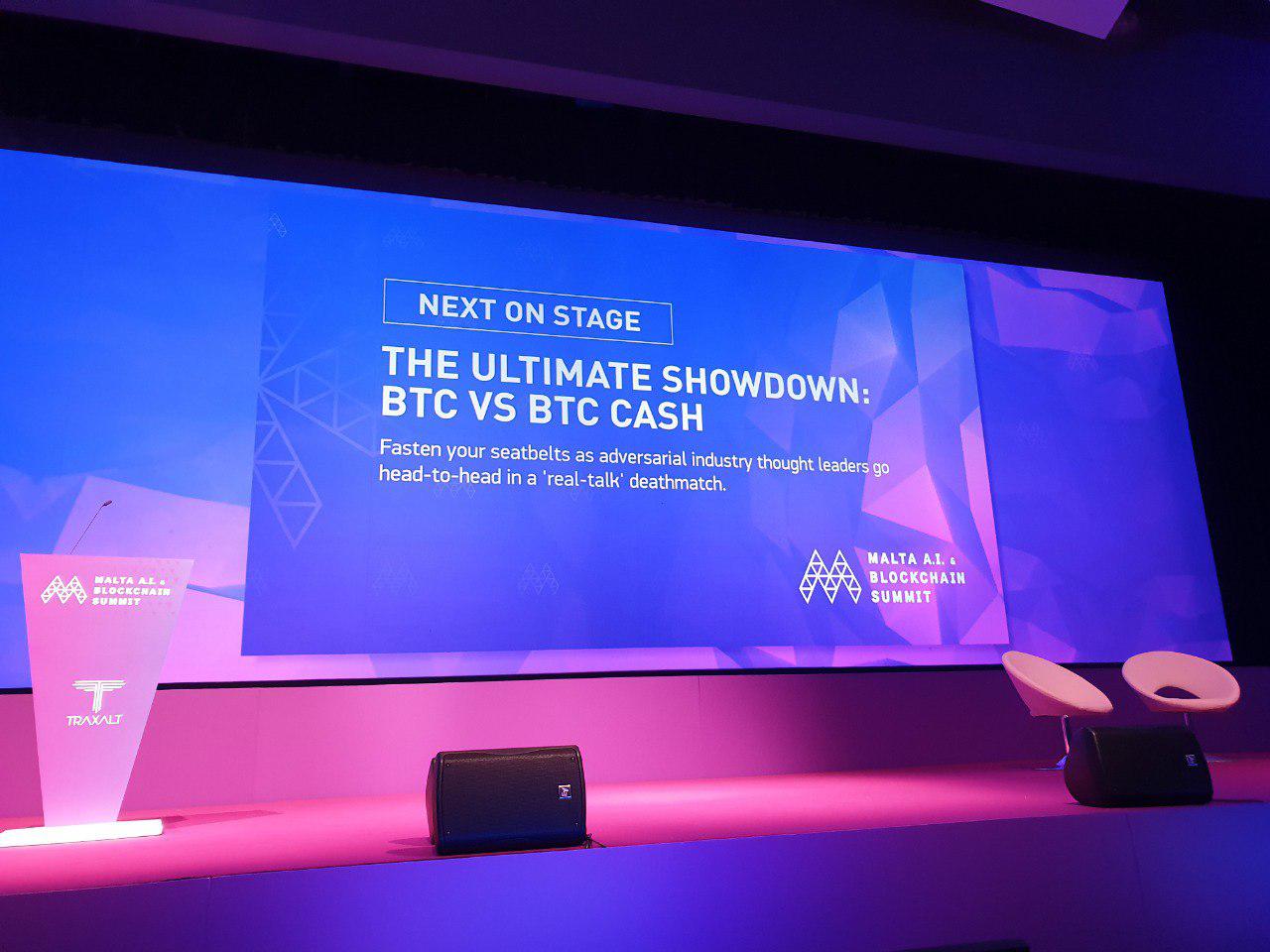 Two days ago at the Malta A.I. & Blockchain Summit 2019 was held the third debate between Roger Ver and Tone Vays on the topic of Bitcoin vs. Bitcoin Cash. The result was a real tweet storm with the participation of the crypto community and different conjectures and accusations against one or the other influencer.

But you know, on social media everyone can say their own and often this can lead to many misunderstandings and conjectures, which is why we decided to write this editorial.

“The Ultimate Showdown: BTC vs. BCH” was the title of this third fight between titans: on the one hand Roger Ver, founder of Bitcoin.com and supporter of Bitcoin Cash, and on the other hand the trader Tone Vays, who long ago predicted the collapse of the price of BTC to $2000 (sorry for you, Tone).

The debate – unfortunately, lasted only 15 minutes – started immediately with a bet: if Vays had managed to send Ver a $5 transaction paying a fee of only 5 cents and if it had arrived within the day, then Ver would have donated $10,000 to a charity of Tone’s choice.

So Vays was led to make a $5 transaction by setting a fee of 5 cents. As later published on Youtube, the transaction was confirmed 12 hours later [and therefore not within the same day], leading consequently to the loss of Vays.

Vays has however continued to state in his tweets that the victory would be his because the confirmation came within the 24 hours provided by the bet, although in reality the bet was expected to arrive within the day and not within 24 hours.

Today at #AIBCsummit @rogerkver claimed average #Bitcoin transaction fee was $3. I called bullshit & he offered to pay $10,000 if my $5 $BTC transaction would clear in 24 hour at 1 #satoshi/byte = 1 Penny!
Transaction cleared after 10hrs. Debate at 6:35:00 https://t.co/QAhqmrjhvN pic.twitter.com/VYHiBibh3u

Whether there was a misunderstanding in the bet or an error wanted we are not given to know, but that is not really the point of the debate.

More importantly, Tone’s transaction seems to have been “accelerated” by SlushPool, as – despite the satoshi per byte used – the transaction had a high priority, even compared to transactions that paid $4 in fees.

It’s not known if it was a manipulation wanted by Vays or carried out directly by SlushPool, but it’s certainly not something that should happen, not even to win a bet.

Bitcoin as a payment method

As from the title of the whitepaper, bitcoin was born as “Peer-to-Peer Electronic Cash System”, which means that the primary purpose for which Satoshi Nakamoto invented BTC in 2008 is to have a decentralized payment system [and valid worldwide].

So it’s surprising when Tone Vays keeps saying, “I’m not interested in paying a fee of 20 cents.”

In practice, not only does Tone advise against LN, as we will see later, but he also tries to convince the audience that 20 cents is not a large sum of money to spend on fees.

Unfortunately, this concept could at most be valid in a Western world where spending 20 cents is not a big deal, but in Third World countries it would be.

Moreover, according to the latest calculations, as also explained by Ver, the average fee for a bitcoin on-chain transaction would be $4 and therefore … 1 point to Roger. 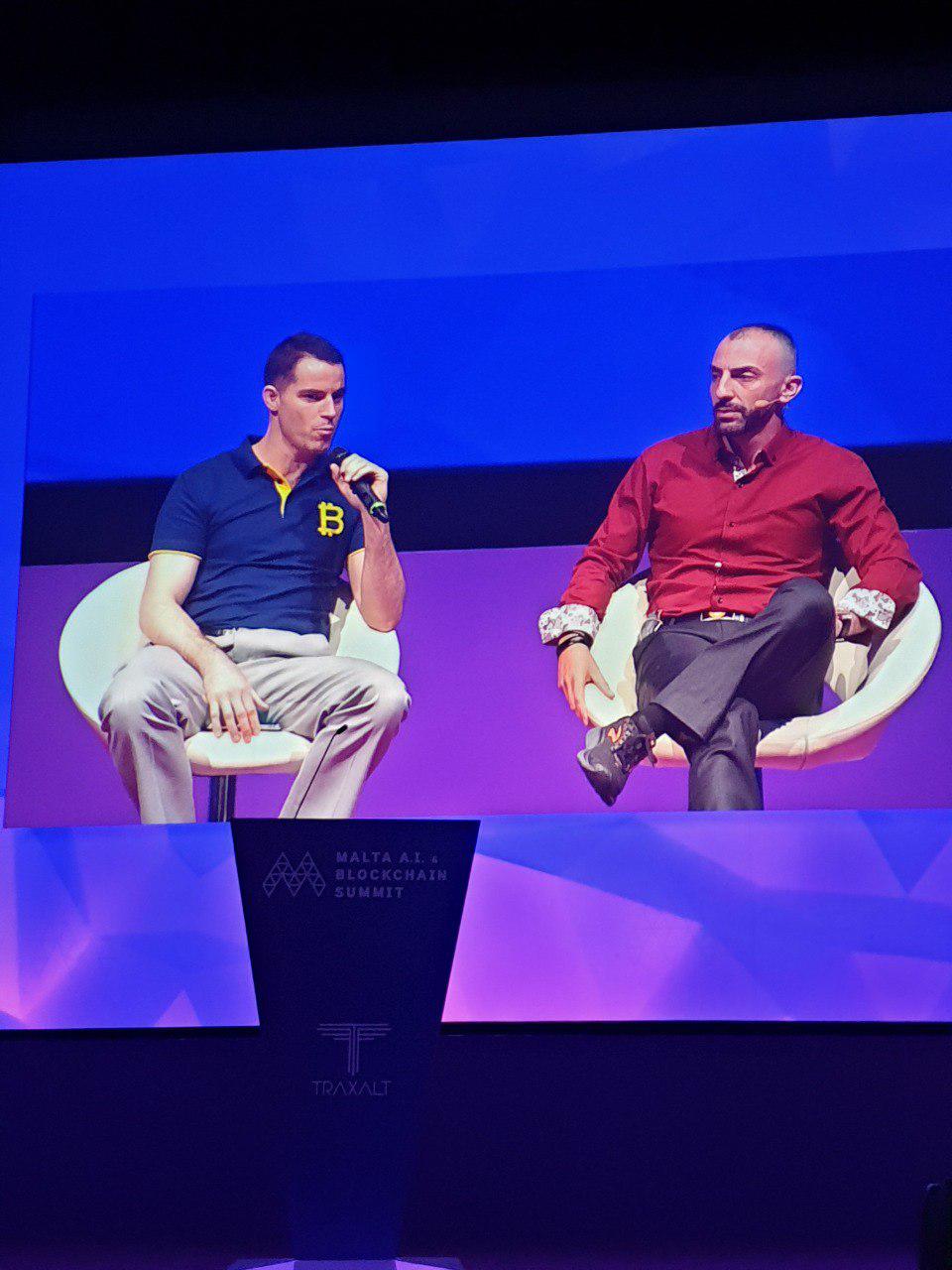 Lightning Network: who really uses it?

The debate goes on and now we focus on LN. Tone recommends using this solution for faster and cheaper transactions, but perhaps not everyone knows that installing an LN wallet having total control of your private keys is not an immediate thing. And that’s why Tone explains:

“You shouldn’t keep it all on the Lightning network. You should keep your bitcoins on your node or on-chain.

In practice, the average user should use LN for fast and inexpensive transactions, but either by deciding to trust third parties – and therefore only have a small amount of money on it not risking too much – or by using a normal wallet that is not custodial but from which the fees would be high.

Roger: “So when you use your Lightning wallet you don’t have control over your funds. You trust someone else.

“I use the transactions on-chain. I use the fees set at 27 cents and everything works well”, confirms Tone once again.

Bitcoin is not a cult, Tone

But what’s even more important is this. Why not use what works?

If we find out tomorrow that the latest crypto we invented is better than bitcoin, why shouldn’t we use it? The problem is that bitcoin is becoming a sort of religion, a cult where you follow a “truth” without thinking twice about it, like a divine truth coming down from above.

And in fact Roger Ver, even during an interview conducted by Cryptonomist, explains:

“I will support anything that is fast, cheap and reliable as peer to peer cash for the whole world. If it will be BTC I would support it again as I did in the past”.

So, if you are a merchant who wants to accept BTC payments, how can you “trust” that the other party is paying you if the transaction arrives after 1 hour or, worse, after a day?

Who knows, maybe one day, given that the developments of Lightning network proceed, it will be possible to do everything that Tone predicted, but to date it is practically a utopia.

In any case, the key concept that wants to expose this article is not so much whether BTC or BCH is better in the long run, but how much Vays’s position is full of contradictions; besides the fact that maximalism is a real waste of time. 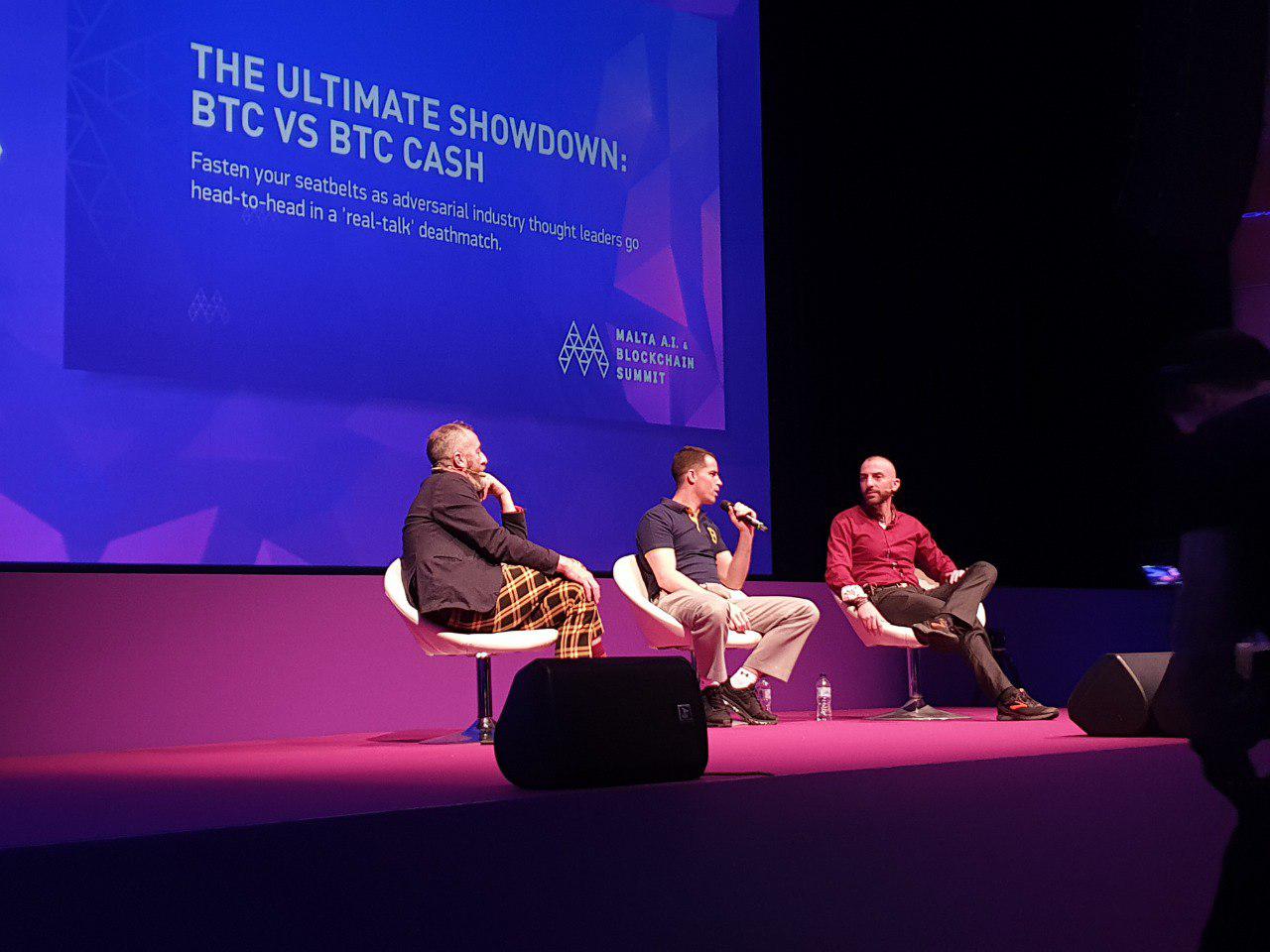 About the Blockchain Cruise

Finally, a little gem: the moderator of the last edition of the deathmatch – the one that took place last year between Roger Ver and Tone Vays on Blockchain Cruise – Leah Wald, was Vays’s girlfriend, as also said by Monty Munford of Forbes during the presentation. Too afraid not to win against such a strong opponent?

Here is the full video of the debate Tone Vays and Roger Ver of Malta: