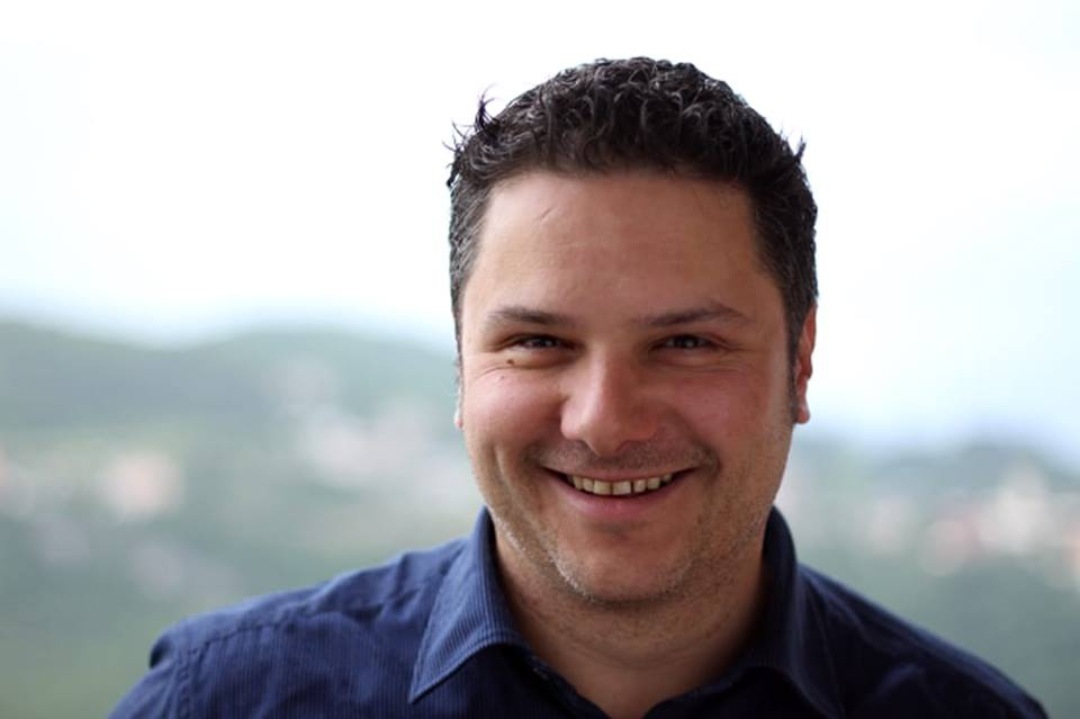 Marco Amadori: “I call myself an altcoin minimalist”

Following the article published on the Tone Vays/Roger Ver debate and the latter’s victory at the Malta Blockchain & AI Summit, the community of bitcoin (BTC) supporters has unleashed a series of comments for and against BCH. In fact, the two sides have always identified themselves as opposing factions: BTC seen by the maximalists as the only real bitcoin whereas BCH is viewed as a sort of scam.

For the sake of clarity, we decided to interview Marco Amadori, CEO of inbitcoin and a strong supporter of BTC.

How do you think bitcoin will achieve mass adoption?

Forecasting the future is always risky and often out of our reach. However, I usually wonder what are the current characteristics that are anti-fragile, according to Taleb, with respect to the future; that is, what factors can survive and what current or upcoming features can become necessary or more useful.

Mass adoption is usually understood as the use of bitcoin as money for daily spending, i.e. when it will be possible to receive salaries in bitcoin and spend them on a daily basis in the city for coffee and petrol, as well as online obviously. If you look at this aspect there is already a series of small groups, spread almost all over the world who manage to live exactly like this.

In Italy, at inbitcoin, we have been practising it for 3 years, we receive salaries in bitcoin and we can spend them exactly as described above; this happens in Rovereto in particular and throughout the Bitcoin Valley in general, but it is still a niche phenomenon, although it is growing. So the use is already possible, but the question certainly refers to when the majority of citizens is going to do the same.

Listening to people close to us who are not doing it or even collecting opinions through various social networks, the main obstacles found by others are essentially the fact that they see the volatility of bitcoin as a problem (as opposed to an opportunity) and that practical access to secure wallets is still complicated, although overwhelmingly easier than it was years ago. What is happening with Bitcoin is obviously its use as an investment, with all the nuances that exist between the concept of store of value and highly speculative medium. According to some definitions of store of value, Bitcoin still isn’t one, precisely because of its volatility. In terms of currency, here as well some definitions still say it isn’t one (yet?).

Will Bitcoin ever have a stable price?

I do not think that it will happen in the short or medium future, if we look for example at other assets such as gold or oil, traded much more intensely and for a much longer time, we can see large variations in price despite the great depth of those markets, so I can imagine that even if bitcoin were traded with the same intensity the phenomenon of volatility would not disappear, although it would decrease, as is also shown by the variation in volatility since its inception, which has been almost constantly falling.

The use as a currency, as long as the desired feature of a currency is short-term value stability, will not be possible. So the real mass adoption (in this sense) will not happen if not very late and only when bitcoin becomes the only reference currency, which is currently the role of the dollar, or when people will prefer a variability in the short term compared to the constant but slow loss of purchasing power, characteristic of the successful currencies (euro, dollar). We remember in fact that 100 modern American dollars today are worth about 1$ at the time of its first issue by the FED in 1929 or how once a British pound was worth a pound of silver, about 200€ at today’s value (One Pound of Sterling Silver).

If, on the other hand, we are referring to milder forms of mass adoption, as in the case of most people holding bitcoin, then the same question must be asked about both the most popular assets and currencies. Does gold have mass adoption? Does the dollar have mass adoption? The answer would be yes, despite the fact that none of us in Italy uses gold or dollars to buy coffee or petrol. Their role and global spread are indisputable.

The latter is therefore an absolutely possible scenario. This, in my opinion, is the scenario that may present itself in a few years’ time, unless catastrophic accelerating events occur, whether local, such as an event similar to the freezing of current accounts and transfers in Greece in 2015, or global, like the geopolitical situation which could blow up a large currency such as the dollar or the euro. There’s also the concept of hyperbitcoinisation, for example in Venezuela or Argentina, which could start a viral spread, initially with the replacement of petrodollars or Argentine Pesos.

Even an accentuation of Orwellian controls on traditional payment systems, already underway, could lead to a crisis at the level of individual perception and allow those who have inertia towards innovation to prefer the use of Bitcoin as a real currency, global and not sequesterable without violent constraints.

Why do you think Bitcoin is the only real cryptocurrency?

I do not believe that bitcoin is the only existing cryptocurrency, just as 30 years ago the Internet was not the only existing Internetworking protocol, even though it is the only survivor and the only one used outside tiny niches. Bitcoin has several unique features, from its unrepeatable creation and dissemination to the fact that the best open source developers are working on Bitcoin and not on other projects, making it the only cryptocurrency that had an ideological and non-speculative origin.

Although extremely unlikely, I can acknowledge the scientific hypothesis that a protocol for the transmission of value other than bitcoin may emerge, but not with the fallacious rhetoric with which we have seen the birth of altcoins in recent years.

Rather than Bitcoin Maximalist, which was a term coined by a well-known con man to defend himself from accusations, a bit like the flat-earthers like to call “official scientists” those they see as enemies to denigrate them, I would call myself an “altcoin minimalist“, which means that rather than religiously praise Bitcoin, which would be difficult for me as an atheist, the point is to scale the propaganda content of the various alternative projects, which often describe themselves aggressively as “better than Bitcoin because I have the feature X”.

The rhetoric of altcoin lovers, of those who have not yet become Bitcoin haters, is that if something good came from the Alt world, Bitcoin could take advantage of it by incorporating it into its code, benefiting from the experimentation that took place in a more sparkling and dynamic context. Without highlighting the merit too much, meaning that it would often not be possible to integrate two codes with different bases of operation so easily, the opposite is actually true: innovation is born within the Bitcoin community and only after the discarded ideas are used, by those who have not understood why that apparently brilliant idea was discarded, on new Altcoin projects, with a often similar marketing such as “we are the new Bitcoin”.

There are plenty of examples, from reducing block time like LTC and global calculator ideas like Ethereum, to Zcash. These are all ideas discussed and discarded first by the Bitcoin community in its various forums, mailing lists and thematic chats.

Bcash is the originator of a new type of altcoin, called forkcoin by some, but in the case of bcash it would be more correct to call it “squattingcoin” or “phishingcoin” considering that, even more fraudulently than other Alts, they claim to be better than Bitcoin, they claim to be Bitcoin themselves, the real one. Technically they are an altcoin with an airdrop based on a specific UTXO set at a specific date, nothing more exciting than this. Bcash has two phishing sites, one for future waves of adoption, called “bitcoin dot com” and one for the oldest and most naive bitcoiners, a reddit forum “r/btc”, both claiming to be Bitcoin, not something different. BSV is the phishingcoin of the phishingcoin, with the aggravating circumstance that the fraudster in this case is even worse, as he claims to be Satoshi Nakamoto, despite having demonstrated computer ingenuity and false cryptographic evidence forged in a superficial way. In this case too, there are fallacious rhetoric and real lies, however, in this case I was personally satisfied with the advent of bcash, it does not often happen that you can earn from the dumbness of others without having to become fraudsters as well. Let me explain: flat-earthers are ridiculous and claim the fake, but from their epistemological errors I don’t get any benefit, just annoyance; whereas in this case these people gave me real bitcoins in exchange for phishingcoins that had been gifted to me, amazing; if only other people’s ignorance always paid so much, it is often just a useless cost when not harmful.

Don’t you think that the fees related to BTC are currently too high and that it is too complicated to set up an LN wallet?

Bitcoin fees are currently very low, it depends on what value is assigned to independence and economic freedom; in particular, I often send TXs with few satoshis per byte of fee and if I change my mind or for some reason the urgency increases there is always the possibility to increment them later, using modern wallets that have the RBF (Replace By Fee) feature as for example Altana or Green.

However, fees will increase with use, you can’t run away, so some current use cases of Bitcoin on the mainnet will have to disappear and shift out of necessity. Fortunately we already have a solution with very low fees and there are several success stories like Bitrefill, a service for phone top-ups with crypto, which announced a few months ago that the volume in Bitcoin on Lightning Network (LN) was higher than all the other altcoins put together. In Rovereto you can also pay for coffee with LN, and soon we will make our service available to the rest of Italy; last summer I paid for an ice cube via LN, obviously not a product on the menu of the bar in question, for an amount equivalent to 0.6 euro cent with zero fees, which is impossible with the physical euro, unless you precisely slice a 1-cent coin, or through credit cards or banks. It is also impossible with other cryptocurrencies that are not compatible with LN.

I agree that LN is still difficult to use in a non custodial way but our subsidiary company bmanity, that of comproeuro has new tools in mind to lower the threshold of entry for both users and traders. In the coming months we will contribute to make Bitcoin more accessible and practical for daily use, and to know when, keep an eye on bitcoinpos.it.