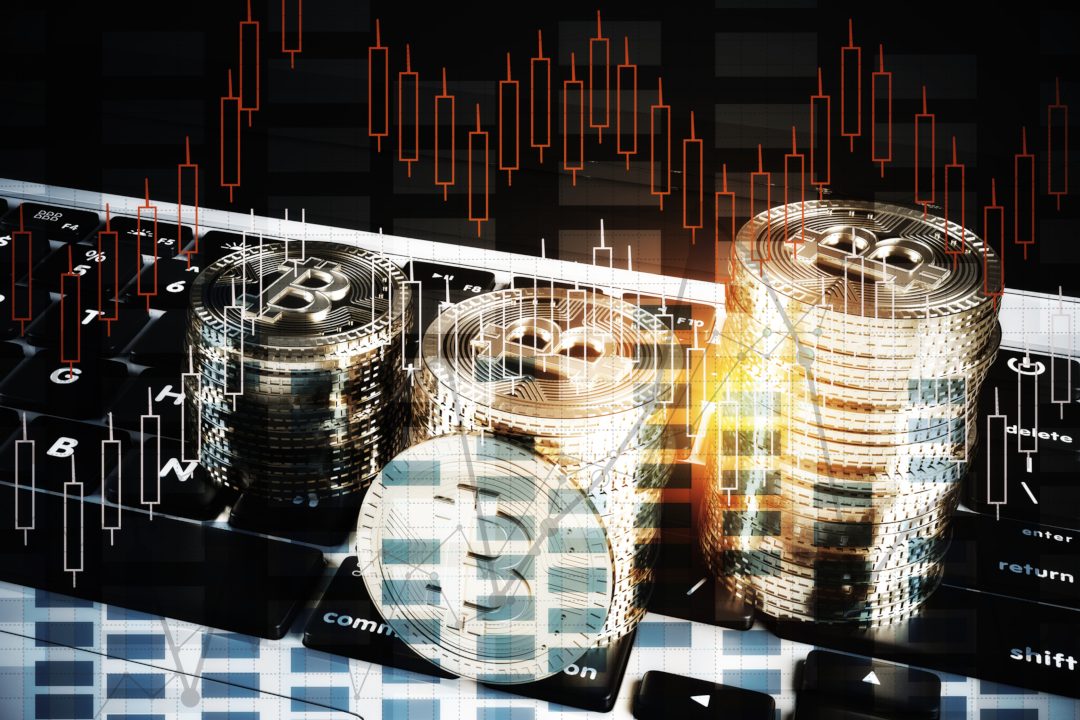 Today’s news of the crypto market sees a lunge that is characterizing the entire sector. Nevertheless, the week’s balance continues to remain positive for most cryptocurrencies.

On a weekly basis in the top 20, only Binance is posting a negative balance with a -7% drop in seven days. The good momentum of Bitcoin SV stands out, scoring a +83% that is partly offset by today’s daily downturn that sees it among the worst with a -14% in the last 24 hours.

But today’s trend is just a bearish movement that started yesterday evening. Since 11 p.m. (UTC+2) there has been a loss by the total capitalization of over 28 billion dollars.

But this does not change the month of May, which is the fifth consecutive month upwards, at all. To find a similar technical structure, it is necessary to go back to the months of November and December 2017. It was more than a year since we had a month in profit of about $4,000 dollars per bitcoin.

Although the week is partly dirtied by the fall of the last 24 hours, this is the 17th consecutive week of increases, with higher minimums and maximums. A structure and a technical configuration that highlights the uptrend that is characterizing the entire sector that had reached the bottom in mid-December 2018.

For today’s day, 80% of cryptocurrencies are characterized by a red sign. It leads Chainlink (LINK) ranking to the 29th position with about $350 million dollars of capitalization marks a 17% slide. Among the best known is the slide of BitTorrent which lost 13% from yesterday’s values and OmiseGO, 31st position, with a loss of 12% and Tezos (XTZ), and Cardano (ADA), both -12%.

Monacoin (MONA) stands out on the positive side with an increase of more than 70%. Maximine Coin once again stands out as he continues to climb +15%. On a monthly basis, MXM shows a -5%, so despite the ups and downs, it is characterized by high volatility which is not benefiting the price.

The month of May is the most volatile of 2019, the bitcoin registers a volatility of 4.5%, levels that were not recorded since early January. Volatility is again a feature of bitcoin. Unlike traditional markets, where volatility almost always accompanies falls, in bitcoin this accompanies upward phases.

Capitalisation fell by $28 billion dollars and tried to stay at $260 billion dollars with the dominance of bitcoin that remained hooked just over 56%. Ethereum and Ripple’s market share has remained unchanged since the last 48 hours.

After going over the threshold of $9,000 dollars shortly after 14:00 UTC+2, the profit taking took over and plunged in 30 minutes the price of BTC over $500 dollars, then sank in the evening yesterday with a loss of about $1,000 dollars.

From $9,100 yesterday BTC fell to $8,005 dollars, a lunge of about $1,100 dollars in 6 hours. It is a movement that highlights the strong paws of the bear in the short term. The bullish structure of the bitcoin remains intact and will continue to be so until it sinks below $6,800 dollars.

The technical structure of bitcoin with last night’s declines went to test the resistance that characterized the month of May at $8,250 dollars. These days the prices are trying to react from those levels of support going just above the threshold of $8,300.

The weekend will be decisive to understand the resilience of these levels. The last two weekends have seen a shine in volume trades, which is why the weekend will have to be followed carefully.

Even Ethereum yesterday afternoon between 4 pm and 6 pm has updated the record of 2019 by a few decimals, pushing a few decimals over $290 dollars, and then following the downward trend of the entire sector.

Ethereum lost 17% of its afternoon highs in 6 hours. For ETH it will be important and decisive to keep the levels tested in the night of the $245 dollars, otherwise, would return the downtrend speculation and fear of seeing the $225-$230 dollars. The threshold of $270-$275 dollars remains decisive for ETH to attack the maximums of $290 dollars and then catalyze any purchases and test the psychological threshold of $300 dollars.