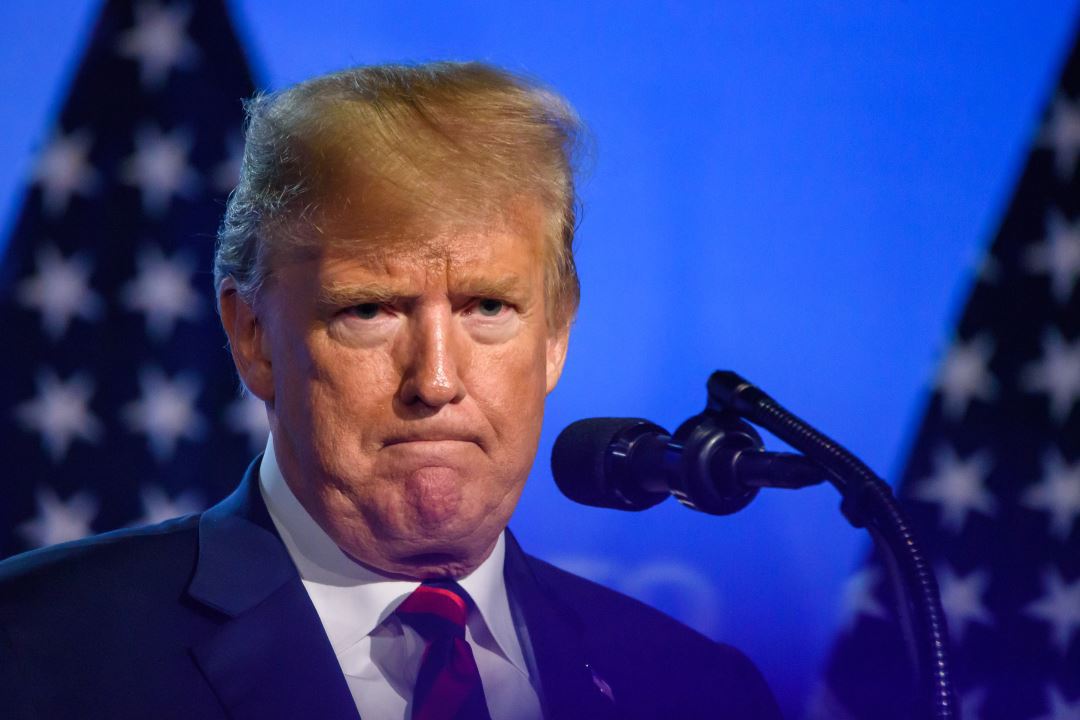 Google Trends: Bitcoin searches surpass Trump in the US

New interesting data emerges on Google Trends with respect to Bitcoin searches and the comparison with those carried out on Trump.

The latest research published by Coinbase, titled The United States of Crypto, has revealed some data about the spread and interest in cryptocurrencies in the US.

According to the results reported by Coinbase, bitcoin searches have recently surpassed those of many celebrities, including, for example, Kim Kardashian. Many other keywords that are very much at the centre of media attention, including royal marriage and election results, have also been confronted with the term bitcoin, showing a much lower number of searches.

Bitcoin more searched than Trump on Google in the US

However, the thing that has caused the most sensation is certainly the comparison with the search term Donald Trump. Bitcoin, in fact, has had more searches than the President of the United States in the last week. 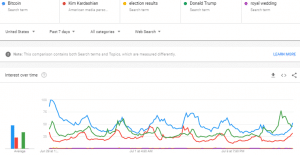 On July 4th, in fact, the search query concerning President Trump reached its peak, and today it declined and made way for bitcoin again.

Among other data published by Coinbase, it is reported that currently, 58% of Americans have heard of Bitcoin. Not only that, the first 10 US states in which a large part of the population owns cryptocurrencies are California, New Jersey, Washington, New York, Colorado, Utah, Florida, Alaska, Nevada and Massachusetts.

According to another report by The TIE, 38.9% of tweets about bitcoin come from the United States. Of this percentage, 61.5% of tweets showed positive sentiment.

At present, Libra’s tweets amount to 43.8%. However, 54.8% of them turned out to be negative. Libra’s most positive tweets were reported in the UK, which ranked second in the global distribution of tweets.

The United States also dominated the tweets relating to Chainlink, 53%, recently listed on Coinbase. In second place, the country where Chainlink has shown a high volume of tweets is the Netherlands.

The TIE has also released a global map with the sentiment recorded on Twitter in the various states of the globe. As can be seen, positive sentiment prevails widely. 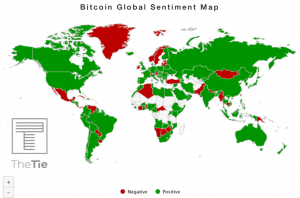 Previous article The crypto market sees the prevalence of red today
Next article Billfodl Review: how to store wallet Seeds