Is Cardano better than EOS?

“Cardano is clearly superior to EOS”. These are the strong words written in a tweet by Weiss Crypto Ratings, a company that deals with crypto ratings.

#Cardano is clearly superior to #EOS. EOS was first to market, but it’s becoming increasingly clear that of the two, Cardano is vastly superior. More details on this in subsequent tweets. #ADA #crypto #cryptocurrency

But what are the reasons behind this statement? Looking at the parameters that Weiss Crypto Ratings uses to prepare these rankings, it seems that EOS has been downgraded because of the problem of Block Producers (BP), which are mostly Chinese, leading to less decentralisation.

But is this really the case? Is it possible that Cardano is better than EOS?

First of all, from the graph published by Weiss concerning the crypto rating, it is clear that EOS is ahead of Cardano by 6 positions.

Whereas in the ranking of the reward in relation to what has been invested, EOS is above Cardano by 4 positions.

The same concerns also the adoption of the cryptocurrency since EOS is in fifth place in the ranking, while Cardano is in 11th place.

The only rating for which Cardano wins is the one related to technological development: EOS is located at position 23, while Cardano is on the podium in third position, surpassed only by Stellar and Ethereum. 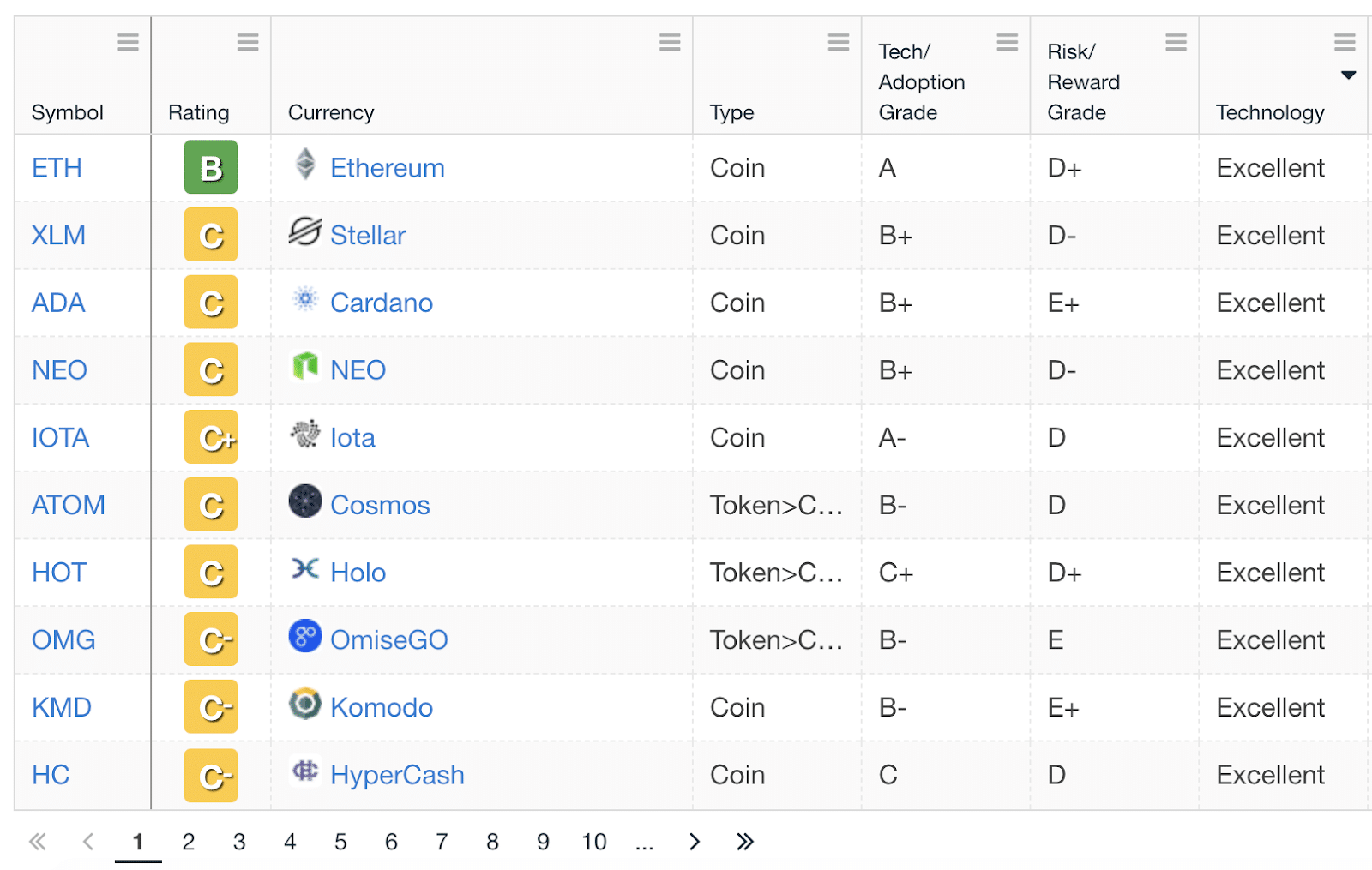 So, when taking all the graphs as a reference, it is clear that 4 out of 5 are in favour of EOS, while Cardano has a positive vote of 1 out of 5.

Objectively, and taking into consideration the same data that Weiss Crypto Ratings provides, we see that it is not absolutely true that Cardano is superior to EOS.

Finally, even if Cardano could improve in the long run thanks to the Shelley update, there is still a long way to go before having a blockchain that could cause EOS concern. Moreover, yesterday block.one decided to actively intervene in the management of its blockchain in order to improve the BP voting system.

Previous article The war between SEC and Gram: Telegram speaks up
Next article Bitcoin.com exchange: a partnership with Changelly to improve crypto adoption

The history of the price of Bitcoin
Steam: how does the Bitcoin game work

ASUKA: an exit scam for the token