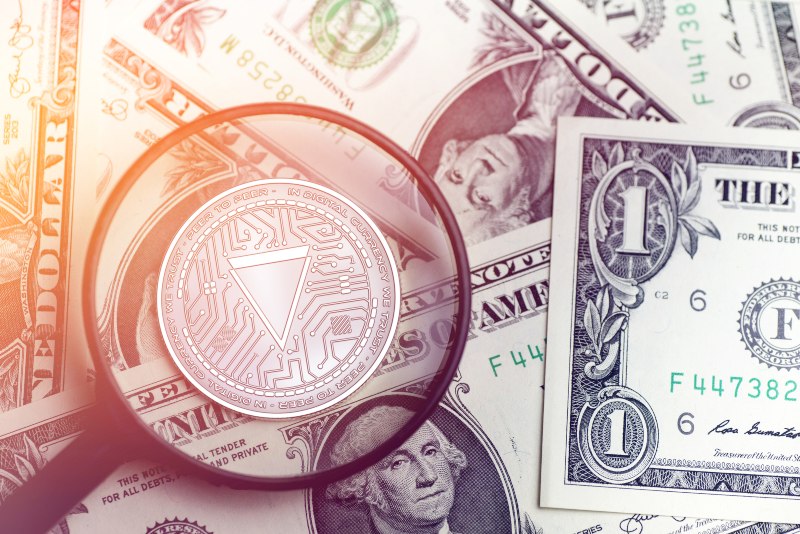 The day began in perfect balance between positive and negative signs, while the second half of the day turned decidedly negative, with a few exceptions. Among these, the price of Verge (XVG) is in marked contrast to the trend.

Nevertheless, in these hours 75% of cryptocurrencies are in red. Even among the big ones it is necessary to go beyond the 26th position to find the first positive sign, occupied by VeChain (VET) that for the sixth consecutive day marks an increase that in ten days leads to the doubling of its value. Today VeChain has a lower intensity than the last days but it scores a +1.5%.

Among the big ones, Zilliqa (ZIL) is also on the rise, with a 5% increase, returning again above the threshold of 0.0062 dollars.

Among the big ones, it is worth noting the downturn of the first five of the ranking. These are losses that go beyond 2%. Bitcoin gives up the threshold of 8,600 dollars going towards the next support of 8,200 dollars. Bitcoin Cash does worse following its fork, and gives up 265 dollars, a threshold that had rejected any bearish attack since the beginning of the month. Bitcoin Cash among the top five is the worst of the falls.

This descent impacts on the market cap that falls below 235 billion dollars. The dominance of Bitcoin retreats a few decimals, precisely because of the fact that all the big coins are falling, and reaches 66%. Ethereum is stable at 8.4% and XRP is at 4.9%.

Bitcoin is about to end the third consecutive week downward going to test the former levels of resistance placed between 8,200-8,400 dollars. In the event of a break in this support the lunge could start to impact on the movement that from the end of October had given a strong upward impulse with prices that had gone over 10,000 dollars, levels that in these hours are moving away.

For BTC it will be necessary in the weekend not to push below 8,200 dollars as it could stimulate speculation and open the space to test the next level of support placed in the area 7,800 dollars.

Ethereum does not give particular signals except that the fluctuations around 185 dollars today fall to 178 dollars, minimum levels of the last 20 days.

The decline continues not to be particularly aggressive, due more to a lack of purchases rather than a real movement of sales, so in these cases the lack of money causes prices to fall in search of new levels of support.

For Ethereum it is necessary not to go below $165 on the weekend to avoid the risk of reviewing again sinkings that could lead prices to test the lows of the last six months to $155.