The best crypto assets to invest in 2020

Which were the best crypto assets to invest in these 5 months of 2020?

As it is already the end of May, it is possible to start drawing some conclusions on the crypto market’s trend in the first months of the year, especially since it seems that the collapse in mid-March has been reabsorbed.

Taking as reference the three cryptocurrencies with the greatest capitalization, it is possible to compare the performance of their prices with those of the crypto assets that have yielded the most.

Bitcoin and the performance in 2020

Therefore, its value has grown by almost 70% so far in 2020, making it one of the best performing cryptocurrencies of the year.

XRP is having a hard time rising. It opened 2020 at $0.19, while now it is fluctuating around $0.2, in other words: without any substantial growth.

Other altcoins that performed well

There were also some minor cryptocurrencies that registered enormous increases, such as Baz Token (BAZT), which rose from $0.15 to $26, with an incredible increase of 17,000%, although often in these cases, they are pumps, sometimes temporary and artificially generated by exploiting low liquid exchange markets.

Looking at the 50 largest cryptocurrencies per market capitalization, there are several that have significantly increased their value compared to the beginning of the year, even with percentages close to or above +100%.

Theta stands out for sure which, after the announcement of the agreement with Samsung Daily, has recorded a +250% in five months, more or less similar to DigiByte (DGB), with +260%, and its counterpart Theta Fuel (TFUEL), +330%.

Even among the first 100, there were some performances comparable to these, but in many cases, it was a rebound from very low figures reached in January.

A special mention goes to Aave, who with only 68 million dollars of capitalization, is growing a lot thanks to the success of its DeFi platform. 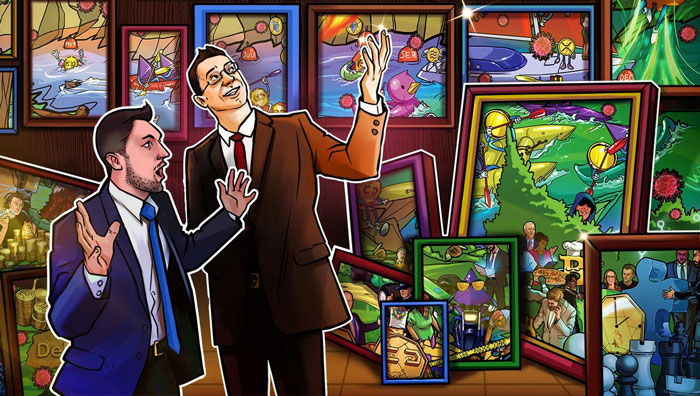