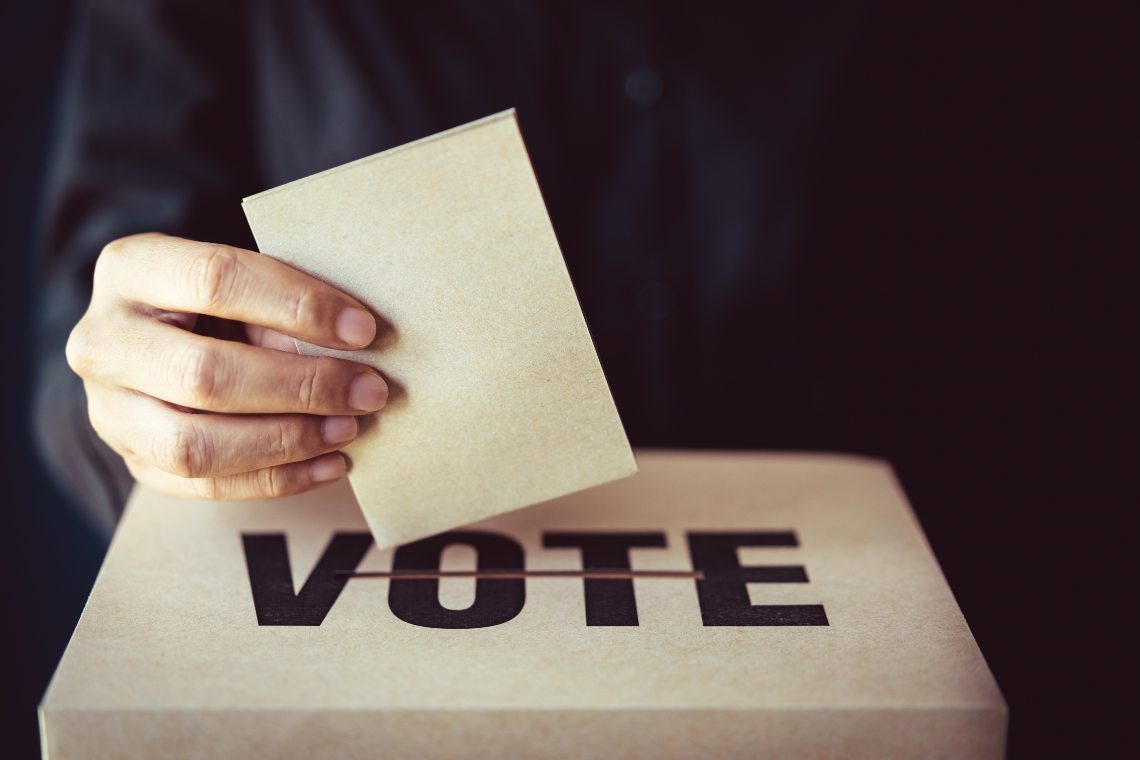 How to vote on the EOS blockchain

In this article, we will see how to vote for Block Producers (BPs) on the EOS blockchain.

One of the main blockchains that use the DPoS protocol, besides TRON (TRX), is the EOS blockchain.

Its system foresees the presence of a series of validators, called Block Producers, that run the blockchain and create the blocks.

There are a total of 21 active BPs, whereas the rest of the block producers remain in standby and are ranked by the amount of votes received.

How does Proof of Stake work

In PoS systems there is the concept of staking, which means that a user, in order to participate in the protocol, must lock a minimum amount of tokens.

Usually, the token threshold is decided by the protocol team based on the number of existing tokens and their value, to guarantee that whoever wants to enter is reliable and can therefore lock a significant amount of tokens.

In fact, in these systems, in order to guarantee the correct operation of the validators, there is the so-called slashing, which effectively removes the tokens put in stake by validators in case they operate in a malicious way or against the protocol.

How does DPoS work

As far as DPoS systems are concerned, in this case it is not the individual users who lock their funds, but rather all network participants decide which BP, in the case of EOS, to delegate their tokens to.

This system can be said to be much more transparent, because it is directly the users who evaluate the operation of a BP and, if it commits illegal acts or is not active enough, the users will take away their vote, causing the BP to lose its position.

In addition, to encourage users to vote, BPs have started to give rewards and prizes to users. These rewards are paid daily both through EOS and other tokens.

It is worth noting that on the EOS blockchain there is also the possibility to delegate the vote to an entity that will vote for us according to their choice.

How to vote on EOS

After understanding how the system works, we can now see in detail how to vote on EOS.

An account can vote for up to 30 different BPs and support all the worthy ones, just like Block.one started doing with different BPs.

Another feature of voting is its strength, called decay: as time goes by if a user is inactive, his strength and weight decrease, so it is better to vote at least once a week.

More details on this aspect can be found in the Mastering EOS book (free book available on Amazon).

What is needed to vote

Before voting on EOS we will need some elements:

The first step to do is to launch the wallet and activate the option to have free transactions.

To do this simply click the icon depicting a brain in the top right corner and choose “Enable”. Then you have to go to the Bloks.io platform and click on the “Vote” section to login at the top right and choose Anchor as a wallet.

In this screenshot, we can see all the Block Producers and, by selecting the white boxes on the left, we can choose up to 30 BP.

Once we have chosen the BPs (we will find a summary of the selected ones) we will press the Vote button at the top and we will be able to confirm the transaction. 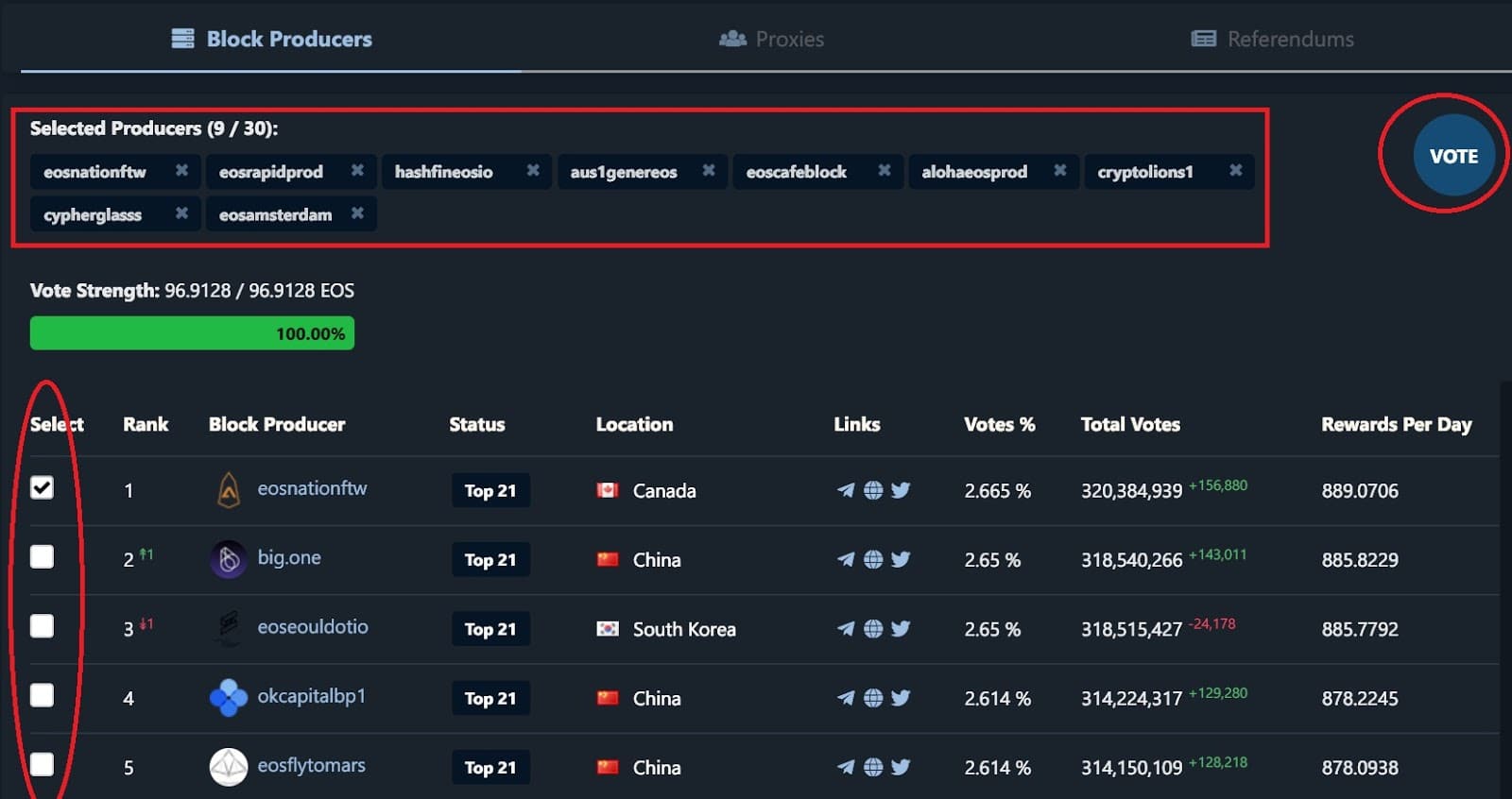 If instead, we want to vote for a proxy, then just go to the “Proxies” section and choose 1 of the available proxies and press the “Proxy to” button. Then we’ll have to confirm the transaction with our wallet.

Other features that have recently been introduced on the EOS blockchain are the proposals and polls where it is possible to vote to express a positive or negative opinion on the various proposals. There are currently no referendum proposals, but there is a poll related to Brock Pierce and his candidacy as President of the United States.

Previous article Samsung Blockchain Keystore, the mobile revolution
Next article All the advantages of cryptocurrency