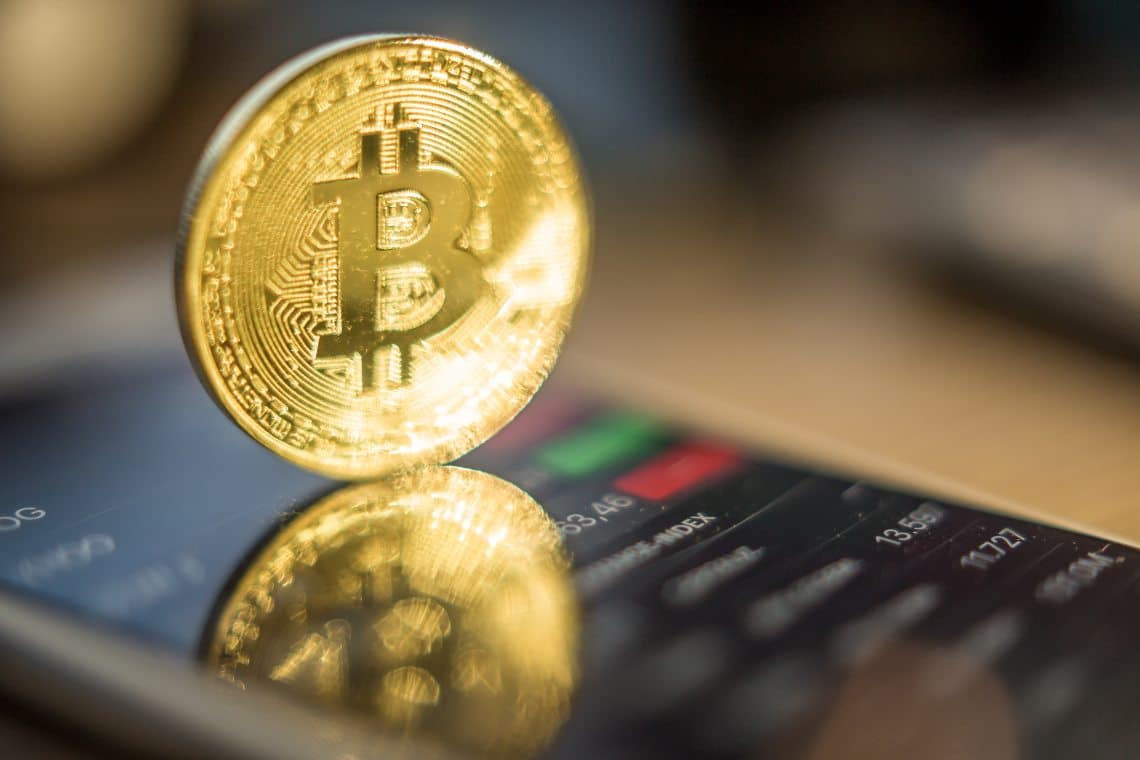 Both Bitcoin and Ethereum show that Sunday’s drop in prices by more than 15% in just a few minutes seems to have been the usual occurrence caused by speculation particularly present on platforms offering leveraged derivatives.

Bitcoin and Ethereum in the derivatives market

It is precisely this type of instrument that in the last month is recording a constant growth in trade, continuing to record new trading volumes during the day.

Particularly active is the Deribit platform which, according to a recent report, shows a double growth in the last two weeks for daily volumes on Bitcoin and Ethereum futures and options derivatives.

In particular, Ethereum‘s trading volumes are growing more, with new records for Open Interest for both derivatives on a daily basis.

This data highlights the growing interest of traders in keeping their positions open beyond the day (overnight).

The trend of the crypto market

Overall, today reflects yesterday’s performance with over 60% of tokens in positive territory, albeit with some changes among the most capitalized.

In fact, unlike yesterday morning, among the top 20 the negative signs indicate a balance with those below par (9 in red against 11 in green).

Whereas the total market capitalization remains unchanged, standing at over $345 billion. 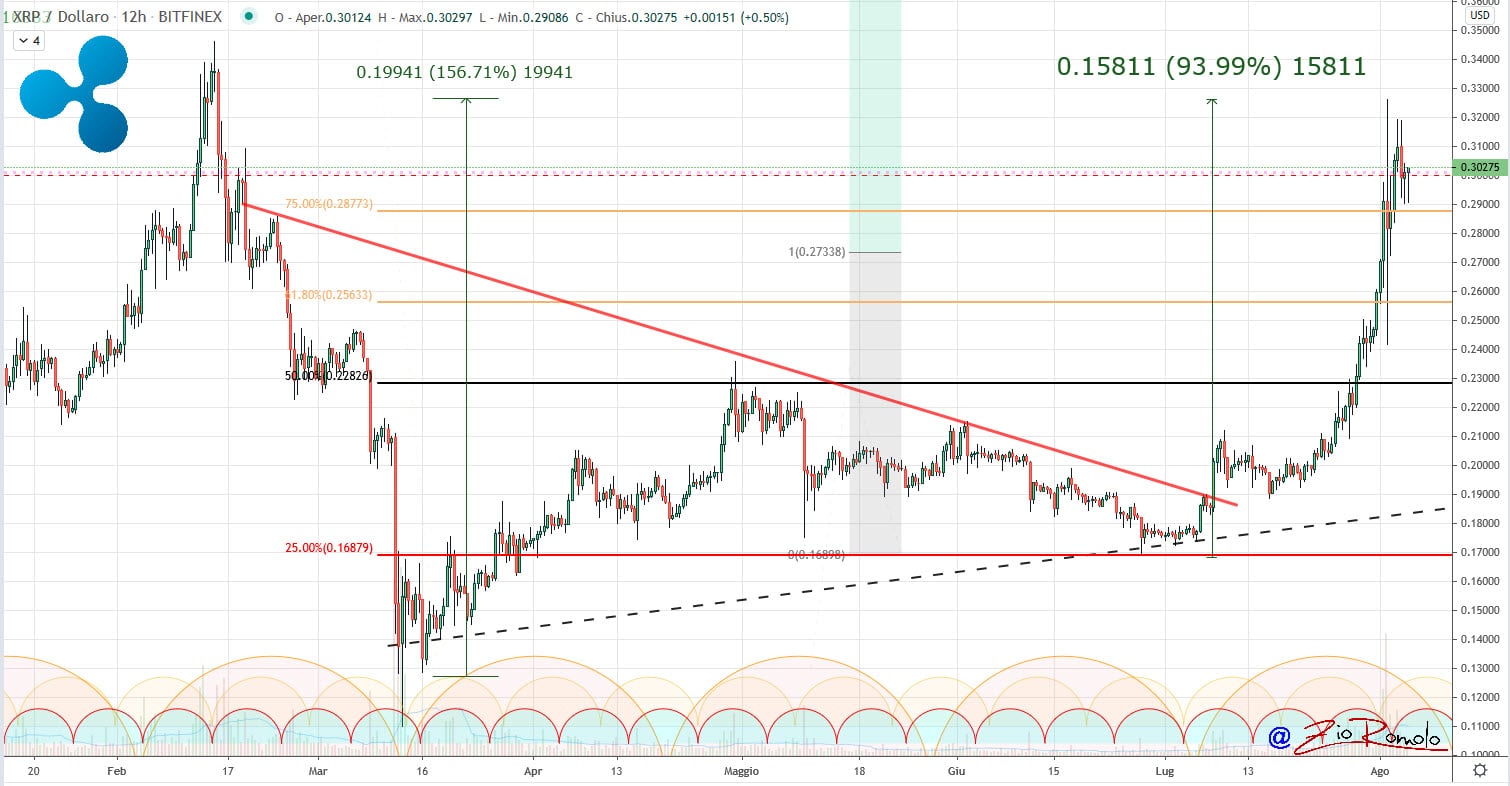 While Bitcoin and Ethereum oscillate around yesterday morning’s levels, today XRP registers a clear bearish signal (-4%), the worst in the top 25.

The upward rush of the last month, which saw XRP’s value almost double to over 32 cents on Sunday, the highest levels since last February, has triggered some profit taking by rejecting the price below 30 cents.

Among the best of the day, today ThorChain (RUNE) climbed to the top step of the podium thanks to a 30% increase, followed by Band Protocol (BAND) +15%, and Kyber Network (KNC) with +11% from yesterday morning’s levels.

The latter, after reacting to the bearish move suffered last week causing a loss of about 40% from period highs, tries to return to the $2.

Traders are rewarding the absolute record of locked deposits on the DEX Kyber, which has reached almost $10 million in recent hours. 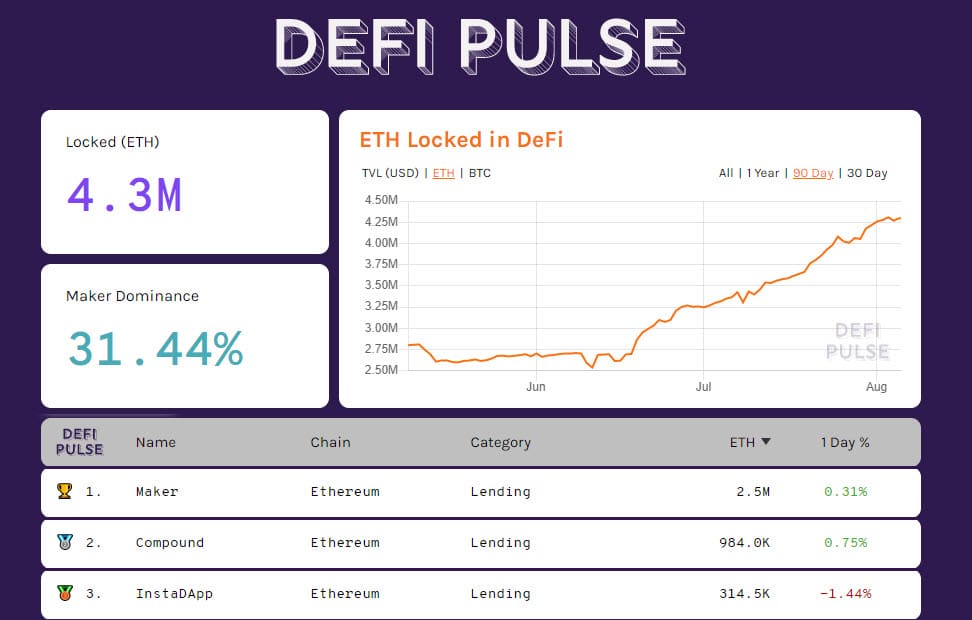 DeFi on the rise

Today again there is a new record of liquidity deposited on DeFi dApps with over $4.31 billion (TVL). A large part thanks to Ethereum that strengthens its position with more than 4.3 million units locked in collateral and a firm price over $390 for four days.

With Maker continuing to consolidate its leadership with over $2.5 billion (Total Value Locked), in the last few hours InstaDApp, another lending platform based on decentralized projects, climbed to third place.

With the third daily closing above $11,000, the desire to consolidate prices above this psychological threshold is confirmed.

Technically, in fact, the support at $10,500 remains valid, former resistance that for over 10 months had rejected any attempt to climb. 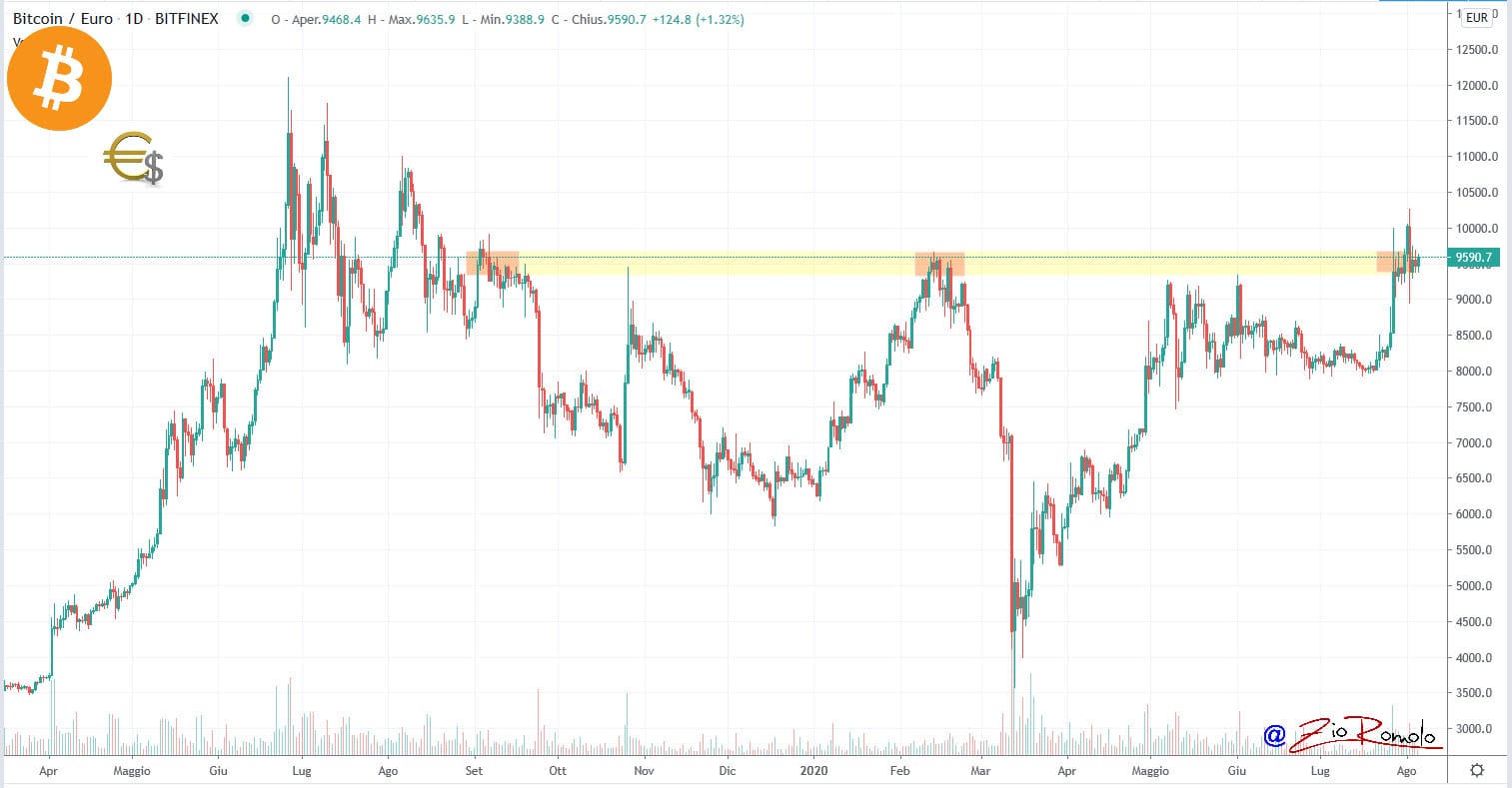 Unlike the BTC/USD, the resistance of €9,500 continues to prove to be a crucial level for the bullish uptrend. The last two attempts to break above the €10,000 last week were rejected a few hours later, highlighting the importance of this resistance.

Professional traders are strengthening the protections upwards by increasing positions between $11,600 and $12,400, while downwards the protections begin to move from the previous level in the 9,000 to $10,500 area.

The $390 holding confirms that ETH has overcome fears of a possible trend change caused by the flash crash on Sunday when prices lost more than 20% in a few minutes.

Even the volumes traded daily confirm the operators’ interest in the queen of altcoins. For the 14th consecutive day, trades on Ethereum exceed one billion dollars. The longest historical series behind only 25 consecutive days recorded at the beginning of 2018, when Ethereum traded over 1000 dollars.

From current levels, a modest increase in purchasing volumes would open the door to new annual highs above the $415 recorded three days ago. A technical level that also coincides with the first key level of upward protection (Call). A break could attract a rise until the next resistance in the $430 and $455 area.