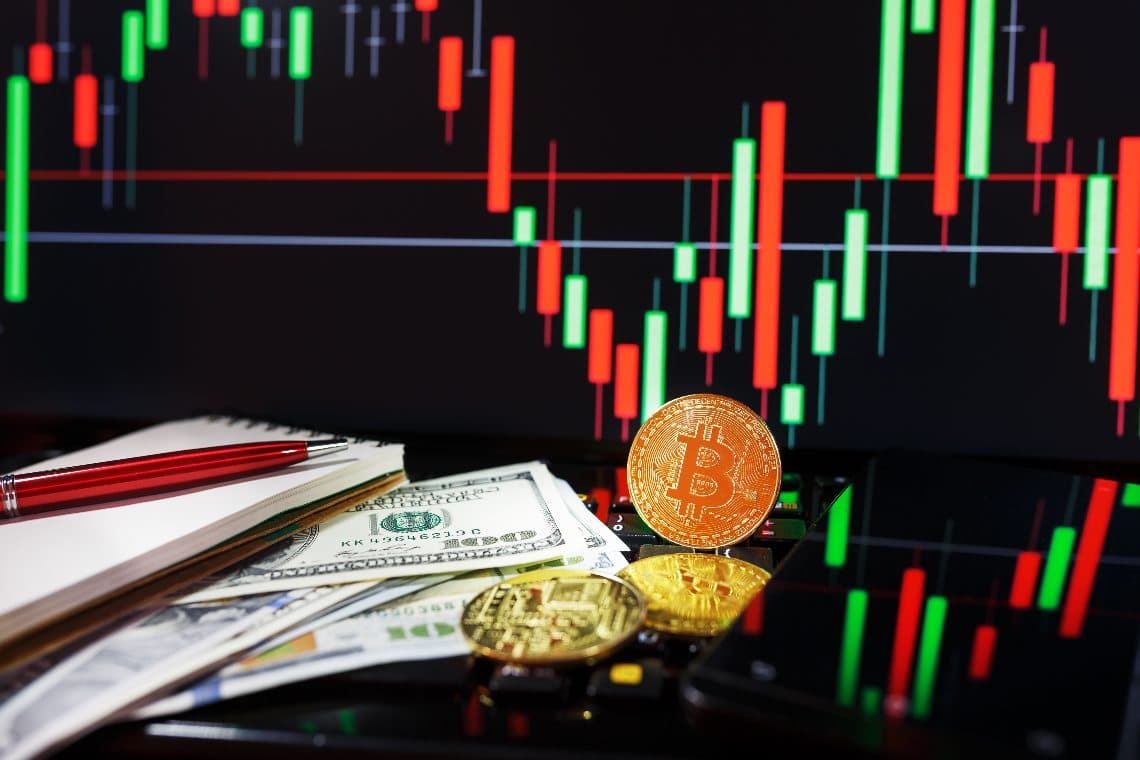 The performance of Bitcoin on a weekly basis exceeds 10%, despite being tainted by what happened during the flash crash over the weekend.

On Sunday, in fact, the price of Bitcoin had gone above 12 thousand dollars – a peak that hadn’t been recorded since August 2019 – but after that, violent profit-taking took place that in about 15 minutes brought down the price by more than $1,500, triggering a flash crash that caused the volumes to explode.

It is the second Sunday with the highest trading volumes of the year, only behind that of May 10th. During the 24 hours of yesterday, Bitcoin recorded volumes over 3 billion dollars, scoring 14 consecutive days over one billion dollars. It is a streak that has not been recorded since last February.

Not only Bitcoin: flash crash also for Ethereum

Even Ethereum, after breaking through the $400 wall, reaching as high as $415 which had not been seen since July 2018, saw profit-taking prevail, increasing the volatility of the asset. Last week this volatility, after more than 3 months of minimal fluctuations, exploded, recording a jump of more than 80%.

This highlights how the increases have been accompanied by a turmoil of short-term activity.

Total capitalization is back close to the $360 billion, a level that had not been recorded since July of last year.

The market on Monday, August 3rd

Today the first week of August opens with an alternation of positive (60%) and negative signs. Bitcoin opens with a slight decrease (-1%), while Ethereum and Ripple show increases of more than 2 and 3 percentage points.

Ripple shines again: after having been stationed for many weeks, XRP is waking up and yesterday it saw the 32 cents again, one step away from the mid-February highs.

Among the top 30 crypto assets per market cap, the best rises are those of Chainlink (LINK) and Tezos (XTZ), up 5%. Looking instead at the first 100, the best of the day is MCO which rises by 30%. 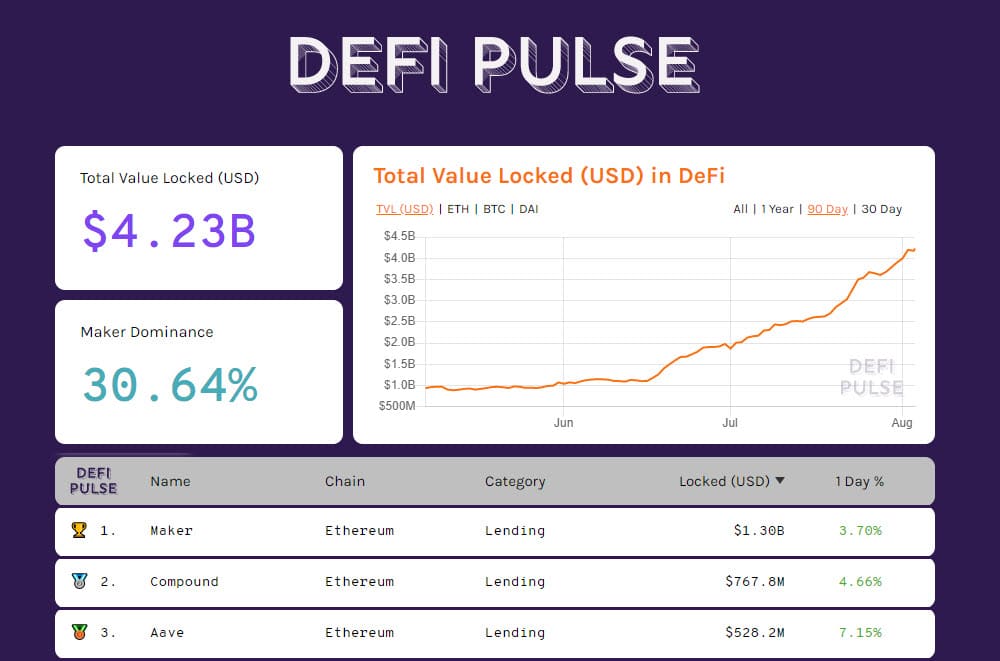 The Fear and Greed index touches 80 points, which means that investor confidence is rising, despite the fluctuations.

Yesterday was very volatile for the BTC/USD pair, the most volatile day since last March. But this still sees the week closing over $11,000.

It’s a sign of strength marking a positive week, despite the last few eventful hours.

It is now necessary for Bitcoin to get confirmations above $10,500. In fact, these are the levels where professional traders are starting to position themselves on the options that remain below $9,200.

In the last 48 hours, upward hedges have definitely increased, barriers placed between $11,400 and $12,500, levels recorded yesterday. Call positions have increased, thus the defences, after that put positions reached 1:8. 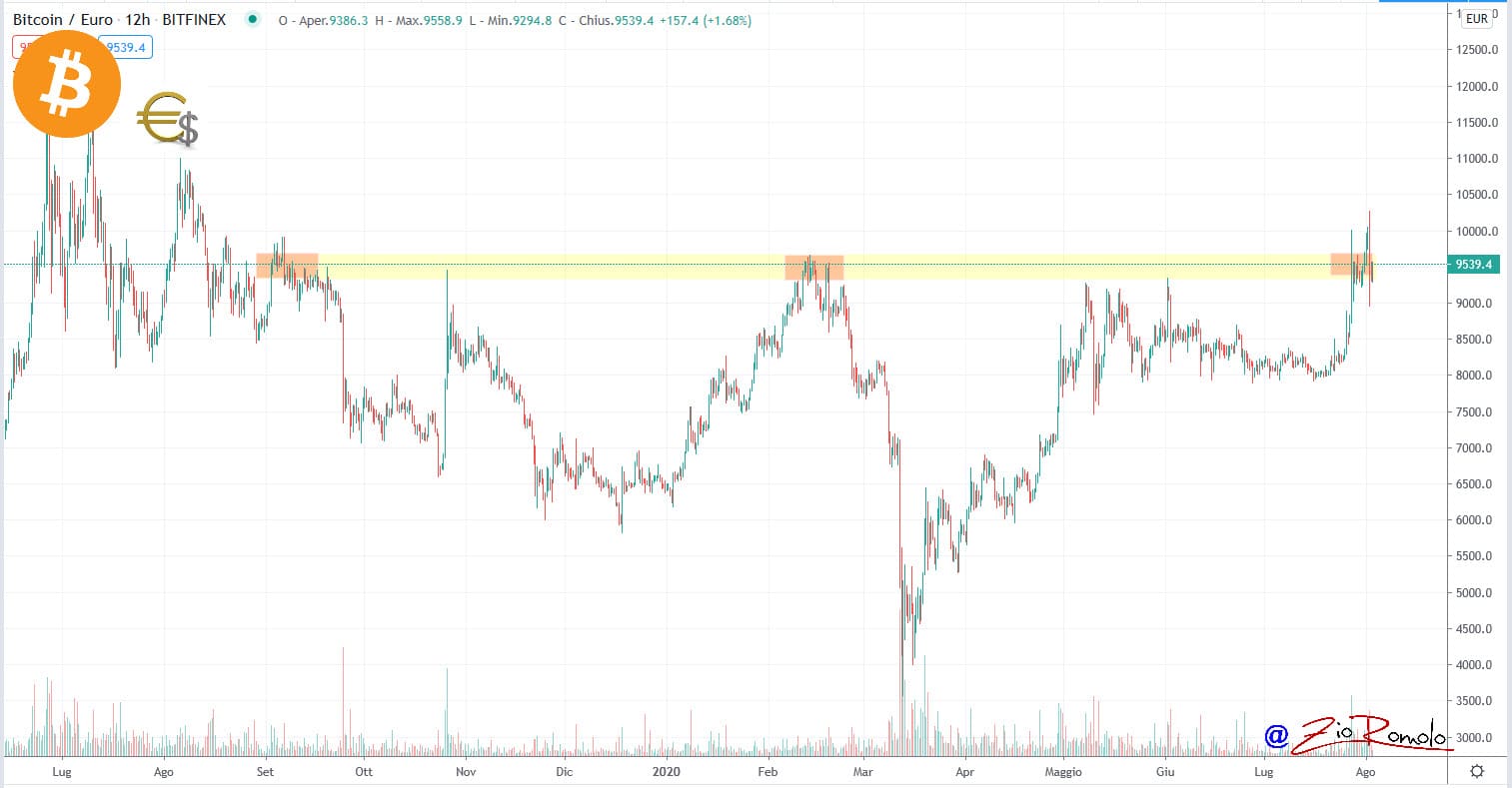 As far as BTC/EUR is concerned, the chart highlights the difficulty of breaking the 10 thousand euro but then the covers exploded.

ETH rises to $415, a record in the last two years (August 218). This has led to profit-taking that caused prices to plummet by more than 20%, but it still manages to regain the $380 in these hours.

It is necessary to validate the support at 280 dollars in the medium term and for this reason, the range of oscillation remains high: in fact, even on the options, the coverage levels of the downward put positions remain on 230 dollars, while upwards the first hedges begin to appear at 420 dollars.

In the short term, however, it is necessary not to go below the lows of yesterday, or $320.