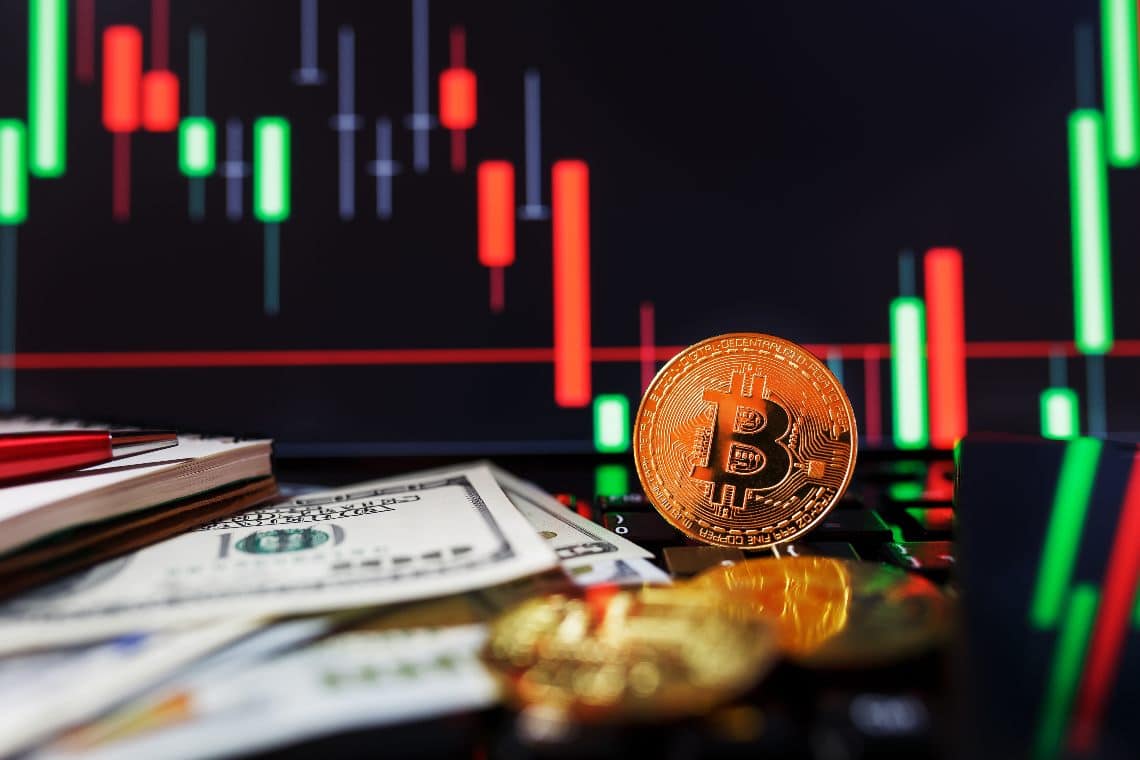 Bitcoin back below the $10,000 threshold

Yesterday the prices of Bitcoin plunged for a few minutes below the $10,000 threshold. Although the level has been tested several times over the last few days, the bearish attacks so far have not proved dangerous.

While the drops in the last few days have been accompanied by significant volumes, which confirms the solidity of sales, attempts to break the five-digit psychological threshold are not supported by the prevalence of sales, even short sales.

This condition does not cause fear and, if it continues, it will generate a return of confidence by attracting purchases.

For the rest of the sector, the day begins coloured in red with over 90% of the main cryptocurrencies in trouble.

Scrolling the ranking from the top of the most capitalized, the few green signs are concentrated among the top 30 altcoins. The best are Binance Coin (BNB) and Ontology (ONT), in 8th and 30th position respectively, up 5% from yesterday morning’s levels.

They are followed by UMA, Tron (TRX), Iota (MIOTA) and Huobi Token (HT), all climbing just under 1%.

On the opposite side, the most pronounced daily declines are tokens of the DeFi ecosystem that in this last period have had the spotlight on the various projects. These are SushiSwap (SUSHI), DFI.Money (YFII) and Band Protocol (BAND), all down more than 15% from yesterday’s levels. 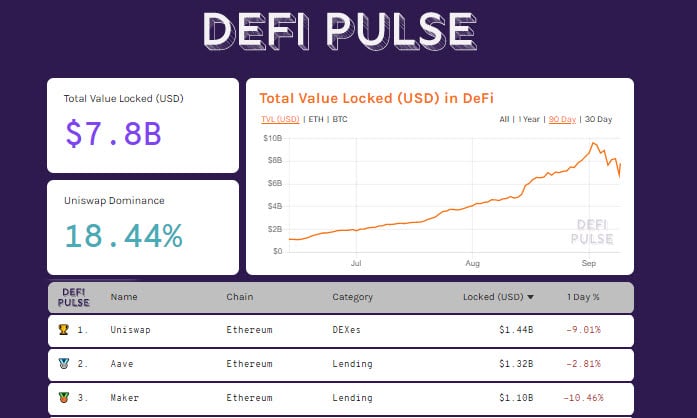 The capitalization of tokens locked in DeFi has dropped to $8.8 billion, the lowest level since August 22nd. This index, if analyzed in detail, continues to confirm that the number of locked collateral in decentralized projects is not suffering losses.

On the contrary, with more than 82,380 units the number of tokenized bitcoin reaches the highest level ever.

WBTC with more than $49 million remains the leader among the projects that transform bitcoin into ERC20 tokens. Although at a distance, Lightning Network continues to climb in locked BTC. With approximately 1100 BTC, equivalent to $10.8 million in USD at current prices, the 2nd layer protocol of the Bitcoin network is one step closer to the historical record set in May 2019, just above 1100 BTC.

Total market capitalization is consolidating above $320 billion, at its lowest level since mid-July. After hitting its lowest level in the last year, the dominance of Bitcoin tries to climb above 58%. Ethereum falls again to 11.5% and XRP to 3.3% of market share.

The psychological threshold for Bitcoin (BTC)

The $10,000 technical and psychological support is holding up. Yesterday afternoon’s sinking, which was recovered in a few minutes, does not change the operational strategies highlighted in previous updates.

The chart with the Euro cross highlights the 8500 EUR crucial area for the coming days.

Yesterday’s bounce over $355 fails to go beyond $360, unable to make the hoped-for recovery.

The prices continue to oscillate dangerously little above 320-330 dollars, to a step from the test of the bullish trendline that supports the trend from the lows of last March, currently passing in $295-300 area.

In the last hours, downward protections increase between 305 and 325 dollars, while upwards they remain far with the first Call positions between 395 and 435 dollars.

Previous article Crypto ATM: Litecoin ahead of Ethereum
Next article Revolut reaches half a million customers in Italy