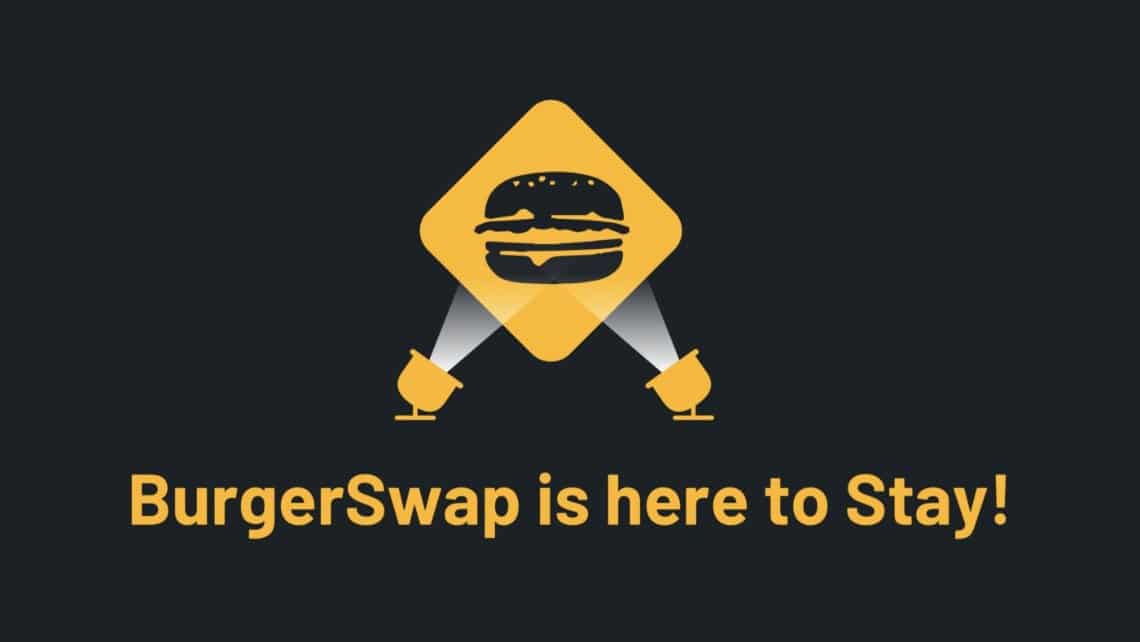 Burgerswap: a new DEX on the Binance Chain

BurgerSwap is a new Automated Market Maker (AMM) on the Binance Smart Chain.

This new project is based on the premise that Uniswap (the most famous decentralized AMM) has revolutionized decentralized finance and automated market making, even beating Coinbase in early September in terms of daily trading volume.

The success of Uniswap has led to the emergence of other similar projects, including the much-talked-about Sushiswap.

To distinguish it from the more famous imitation of Uniswap, this new project replaces sushi with burger in its name, becoming Burgerswap. But the main difference, of course, is another.

In fact, both Uniswap and Sushiswap are protocols based on smart contracts on the Ethereum blockchain, and the related UNI and SUSHI tokens are ERC-20 tokens.

Recently, also thanks to the success of similar protocols, gas fees on Ethereum have grown a lot, making ordinary trading almost impossible, or at least not convenient.

Not only is this problem not being solved in the short term, but it could even get worse in the coming weeks or months.

Furthermore, the creators of Burgerswap argue that the Sushiswap case that challenged Uniswap has caused a loss of investor confidence in DeFi projects, partly because they claim that similar projects do not care about community and governance.

In particular, they argue that Sushi has incentives for liquidity providers and staking rewards that are too high, due to the undemocratic way of creating the protocol.

“So, while sushi is seen as food for the elite, Burgers are for everyone, right?”

So the idea behind this new protocol is to make DeFi accessible to everyone. BurgerSwap was created for the community as a “democratized decentralized exchange”, where governance is not optional but mandatory, and the rules are made by the users.

This is why BurgerSwap users will be able to vote to change all the parameters of the exchange, including trading fees, staking prizes, mining speed, etc.

To overcome the problems caused by congestion on the Ethereum network, BurgerSwap is based on Binance Smart Chain, and all tokens will have pairs in BNB. Each asset must also have a pair in BURGER, the governance token of the protocol, and must represent at least 1% of the asset’s liquidity in order to benefit from the rewards.

This ratio is set at 1% by default, with a lower limit of 0.2% and an upper limit of 5%, and in the future users will also be able to vote to change these parameters.

Transaction fees are initially set at 0.3%, and are all converted to BURGER and sent to the governance pool.

BURGER tokens can only be extracted by providing liquidity, and each block, every approximately 3 seconds, produces 40 BURGER tokens. There is no pre-mine and no sharing of the token with the devs, and the chef “Burger King” will not be able to liquidate significant shares to the detriment of the other owners.

Another original feature is that no LP tokens are available, so there is no risk of the liquidity being migrated to other protocols.

BurgerSwap is the first application similar to Uniswap that will be launched on the Binance Smart Chain, which allows fast and cheap trading.

In addition, this blockchain operates in an environment compatible with the Ethereum Virtual Machine, allowing Solidity developers to develop for the new ecosystem without any particular problems.

Bitcoin on the rise while banks are struggling