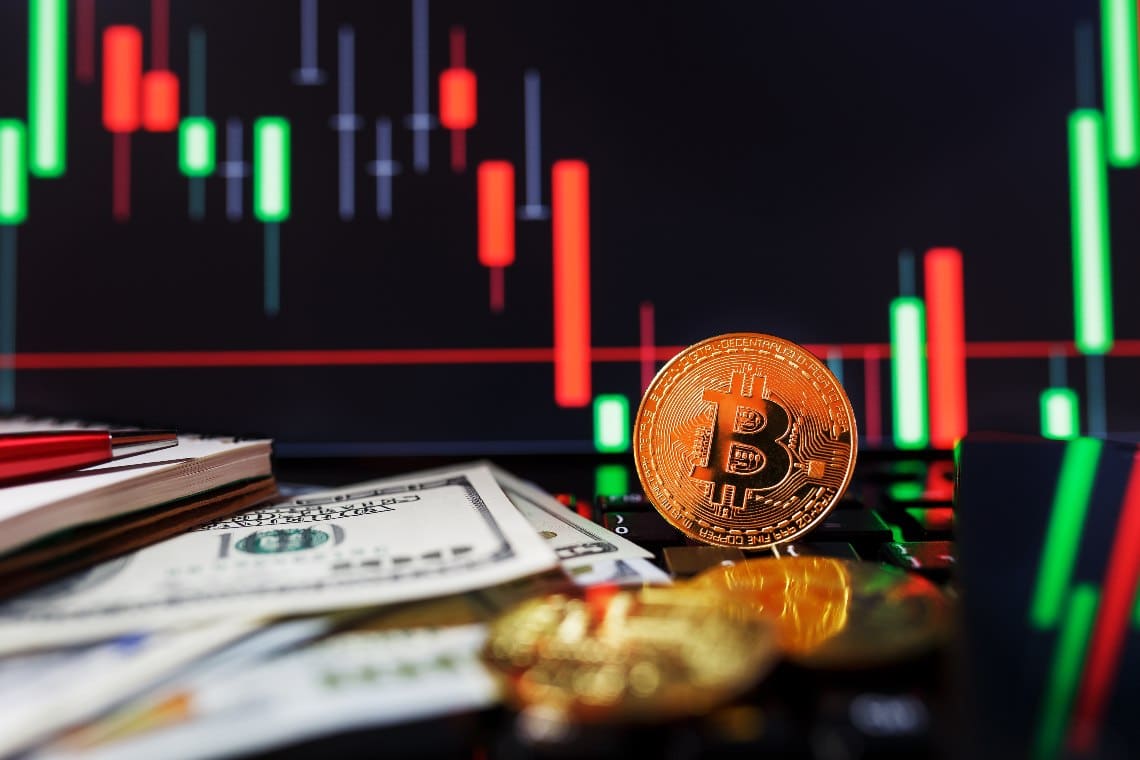 In anticipation of tomorrow, when options contracts for over 89 thousand bitcoin, with a value of just under $1 billion, will expire, the ups and downs continue, confirming the statistics that characterize this period of the year.

Unless there is a sudden return of euphoria, something not to be excluded in a sector full of twists and turns, the month is about to end in the red for the fourth consecutive year. Since 2016, in fact, the month of September has closed with a negative sign.

Despite the positive reaction of the last few hours, the day’s balance remains negative for 8 out of 10 of the main cryptocurrencies.

Scrolling the ranking from the top, there are few positive balances among the big ones: the best are Polkadot (DOT) and Chainlink (LINK), both up 3% from yesterday morning’s prices.

The latter is trying to climb the slope of the bearish storm that since the records of mid-August has lowered the price by more than 65%, reviewing the 7 dollar area, levels of the end of July.

Among the few rises are also Binance Coin (BNB) and Tron (TRX), above 1%.

Extending the analysis to the best 100, the best of the day is Helium (HNT) flying over 85%. The project was born in 2013 and officially launched in July 2019 by a team of IT experts.

The relocation of investments in decentralized finance does not seem to be particularly tense. The deposits remain at the highest levels recorded in recent weeks. The TVL (Total Value Locked) measured in USD dollars from the DeFiPulse platform is back above $9 billion. 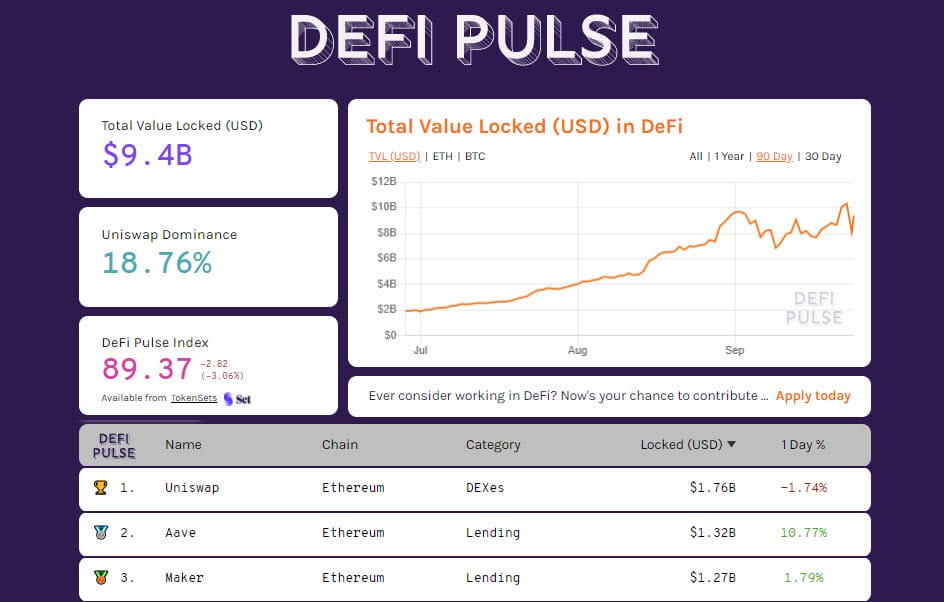 New records of locked collateral in ETH with 7.9 million units. Tokenized bitcoin also reach the highest level ever with around 120 thousand BTC deposited on the Ethereum network.

The Uniswap project continues to grow, reaching over $1.7 billion, followed by Aave and Maker who conquers the podium again.

Total market capitalization drops to $320 billion, the lowest level since September 7th. This is due to altcoins losing over $20 billion of market cap in less than 10 days. This is also evident from the dominance of Bitcoin, which continues to recover ground reaching almost 59%.

Ethereum drops again below 12% for the third time since the beginning of the month, while XRP remains above 3.1%, despite the 22 cents, the lowest level since mid-July.

Despite the ups and downs of the last few days showing a predominance of downward movements and a negative weekly balance of 4%, there is no particular panic among operators.

Looking at the data from the derivatives, great manoeuvres emerge among professional operators. The record number of options contracts recorded on Tuesday, September 22nd, worth over $2.2 billion, will see contracts worth over 89 thousand of BTC reach natural maturity tomorrow.

This is an event that could have an impact on prices or the repositioning of hedges. Protection continues to prevail for Call options, confirming the prevalence of a sentiment that remains cautious and protective over a continuation of the bearish trend.

Decisive was the resilience of the support tested yesterday in the USD 10,200 area, which at the moment has again rejected prices in the USD 10,500 area, a level that remains crucial in the medium term. A failure to hold yesterday’s support would increase the chances of revising the month-end lows between $10,000 and $9,800.

Yesterday’s long bearish trend has brought the prices of Ethereum under 320 USD for a few minutes, a level already tested with the drop at the beginning of the month which coincides with a support that in July had proved to be a valid level of consolidation.

A break would project the prices in the technical 305-300 area where the protection of the Put options continues to strengthen, highlighting how professional operators consider this level to be protected to avoid seeing dangerous falls that would ruin the bullish trend built up in the last six months.