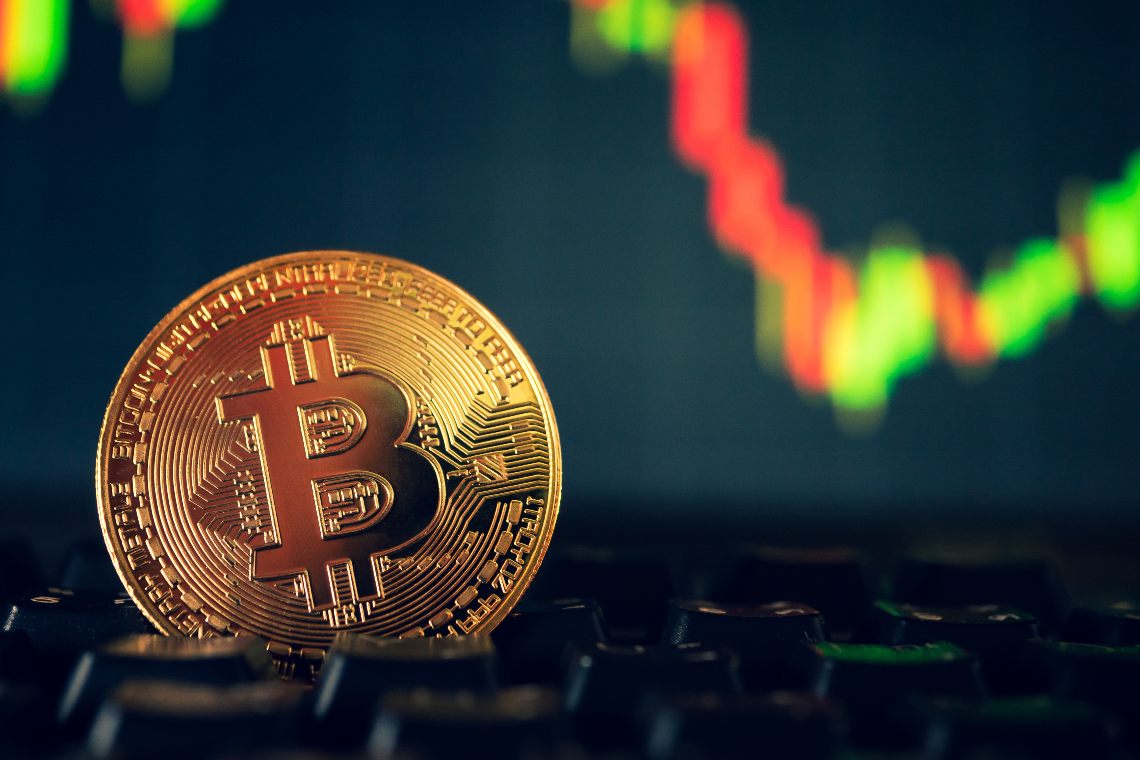 Record-breaking Bitcoin one step away from 2017 prices

In a little more than 48 hours, the price of Bitcoin has risen by more than 1500 dollars, bringing the prices close to 18,500 dollars, a step from the historical record of the 19,900 established in mid-December 2017.

Although only three days have passed, the balance of the week shows a gain of more than 13% since Sunday night’s closing.

Over the last year only twice has the weekly closure (seven days from Monday to Sunday) managed to close with higher earnings on a percentage basis: the last week of March and the last week of April.

To find a higher gain on 48 consecutive hours, it is necessary to go back to October 25th-26th, 2019 when the Bitcoin rally pushed prices to earn more than 1700 dollars.

During those hours, Chinese President Xi Jinping self-proclaimed the Dragon Nation as the leading driver of blockchain technology.

Bitcoin does not drag the crypto industry

The current increase in Bitcoin is not accompanied by the rest of the sector with significantly lower performance and general prevalence of the red sign. Among the top 100 capitalized, more than 75% are now moving below par.

To find a better rise than Bitcoin, which is now more than 8% up from yesterday morning’s levels, it is necessary to scroll down the ranking to the 34th position occupied by Yearn.Finance (YFI) which maintains the pace of the rise by more than 10% in the last 24 hours.

The climb of the YFI token started from the lowest level reached on November 5th at 7500 USD, and today it is recovering more than 200%, with prices back to 24,000 USD, levels at the end of September.

The dominance of Ethereum remains stable at the levels of the last few days at 11.1% and XRP at 2.6%. 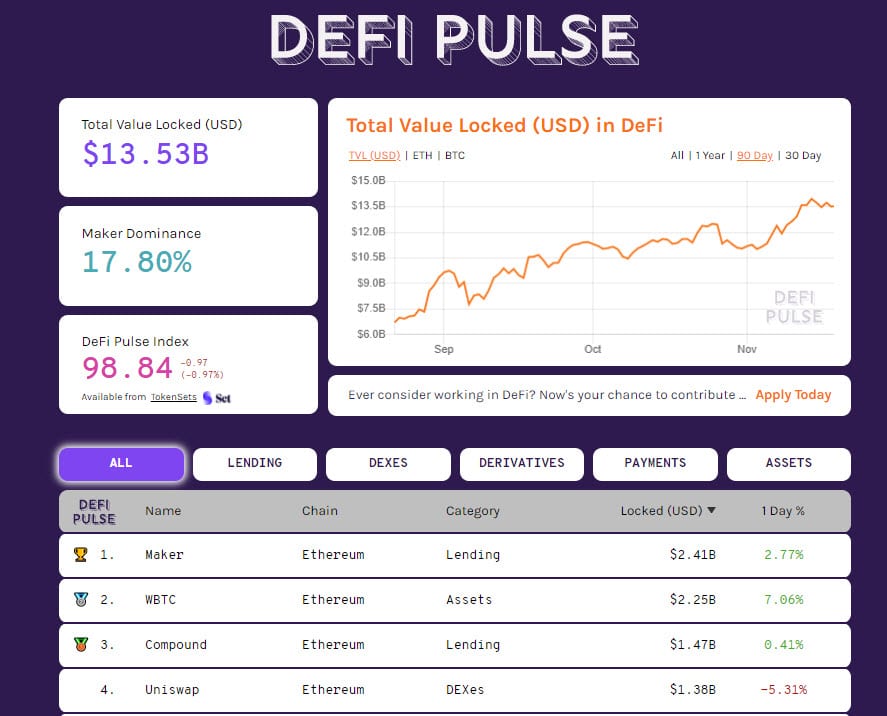 This is the reason why Uniswap slips into fourth place in the ranking of the main protocols, surpassed by Compound which with $1.5 billion takes third place. Since yesterday, Maker’s decentralized project maintains the first position with over $2.4 billion. The withdrawal of ETH locked as collateral remains high.

The price continues to rise, reaching almost 19,000 USD. In the past only three times the price exceeded this barrier for three consecutive days, on December 16th, 17th and 18th, 2017, but only once, on December 17th, it managed to maintain these levels at the end of the day.

With prices in almost unknown territory and numbers beginning to defy gravitational forces, it becomes difficult to offer a reliable technical analysis.

Strategies in options also do not help with upward protections that have become weak after the breaking of previous resistances positioned between $17,800 and $18,100. Under these conditions, it is best to observe a continuation of the climb and evaluate areas of support where to protect recent gains in the case of rapid reversals.

In the last few hours, the prices of Ethereum benefit from what is happening with Bitcoin. Ethereum has risen in the last few hours to just a step from $500, setting a new record even if only a few dollars higher than the previous one a few weeks ago. It is the highest level since July 2019.

It is a climb with a slower pace, showing a much lower performance than Bitcoin (+2.7%), which will have to be confirmed in the next few hours.

The prices of ETH rising above 500 dollars are establishing a trend decidedly less intense than Bitcoin but nevertheless important, a solid trend that will have to find confirmations in the next few days.

ETH must not suffer particular influence from what will happen to Bitcoin, whether in good or bad, without recording trend reversals. In any case, the movements must not go back under 455 dollars in the next few hours.

Previous article Rapper Lil Yachty will launch his crypto project in Switzerland
Next article Climate change, the world is failing in its response