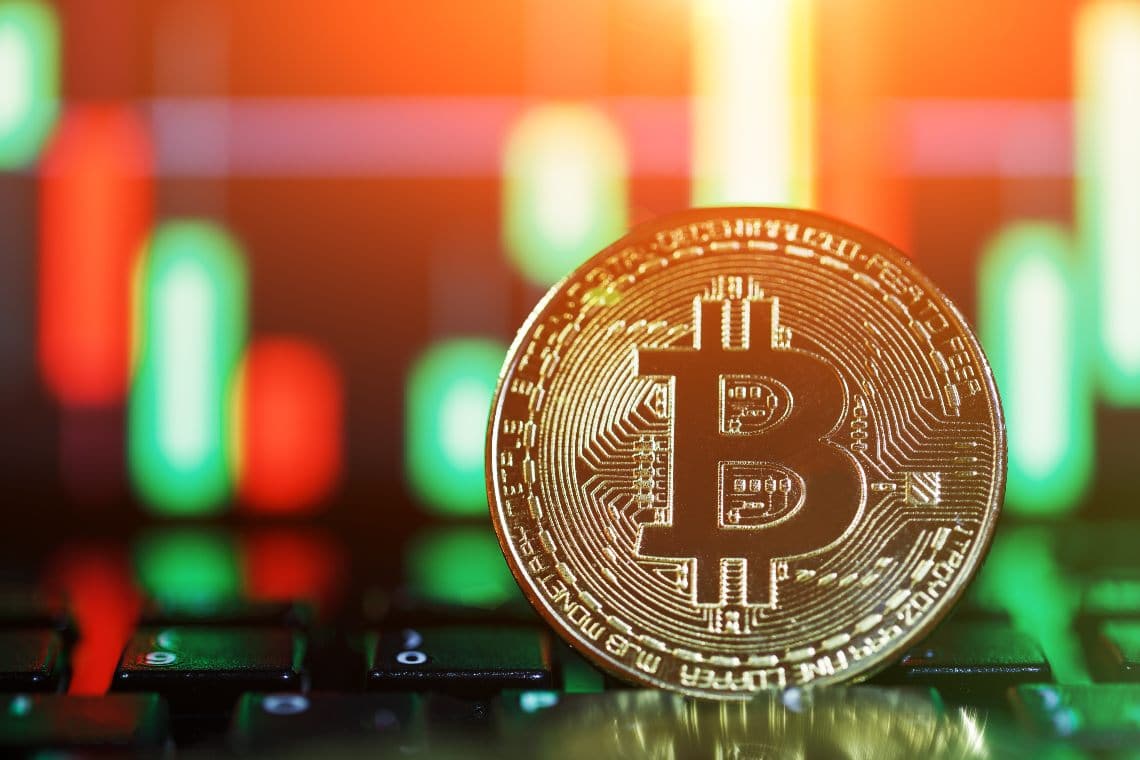 Bitcoin: the second-best week ever

This is a Friday that concludes in glory a week that from the beginning has shown positive signs: at the top there is Bitcoin that registers an increase that goes beyond 2,500 points.

If this was confirmed also with the closing on Sunday, it would be the second-best week ever for BTC, behind only the central week of December 2017 when it closed above current levels, at 18,950 points.

It is a week that ends a period that has seen only one colour, green, for six weeks.

With today’s highs, Bitcoin goes to update the highs of the other day, going over $18,600, the highest level since January 2018.

The trend in the cryptocurrency sector is showing a double face.

The first part of the day, like yesterday, is characterized by a more cautious trend that sees the first phase particularly conservative and even slightly declining and then reversing the course in the second part, coinciding with the opening of the US stock markets. As happened yesterday, the day began with a weakness, then reversed.

Even today the day has seen a sharp rise in the last few hours for over 90% of the most capitalized companies.

In addition to Ethereum and Polkadot, only tokens from the DeFi ecosystem do better on a daily basis. The best is Waves with SushiSwap (SUSHI), both flying 25%. DFI.Money (YFII) and Curve Dao Token (CRV) also do very well. 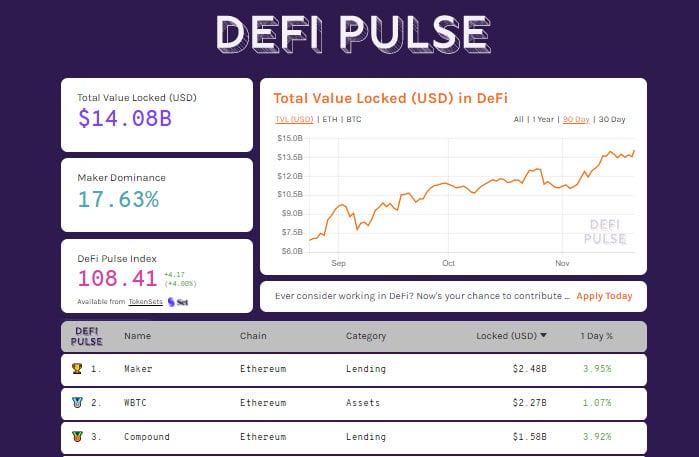 The TVL in the protocols of decentralized finance for the first time breaks down the 14 billion euro wall. This is due to the prices that are rising today and to the increase in the value of the main collaterals, ETH and BTC.

More than 7.7 million ETH remain locked, the lowest level since September 11th. The tokenized bitcoin are stable, just under 170,000 BTC.

What happened to Uniswap in recent days still weighs on the entire sector. Uniswap continues to lose positions, as the capital haemorrhage continues, falling to 5th position in the overall ranking. Maker remains in the lead, with $2.49 billion locked, an all-time high.

This movement pushes total capitalization to 520 billion dollars, the highest level since the end of January 2018. Bitcoin’s market share continues to remain stable, with over 66% of the entire pie.

In these hours Bitcoin is pushing to update the records of the last 3 years. It has been exactly 35 months since these levels were recorded, it was January 2018.

These are important levels that in these hours are being recorded with characteristics that will have to be followed very carefully even during the weekend.

At the moment there are no euphoric volumes as in the first part of the week, when the third day experienced the highest trading volumes in the past year, between Tuesday and Wednesday.

The fear and greed index recorded 94 yesterday, one point lower than the record of 95 recorded at the end of June 2019.

It’s important to understand the resilience of such a vertical continuation, with an ever-increasing increase price, without a minimum slowdown. It is a trend that is beginning to create some doubts about the continuation for the next few days.

It is important to observe and keep the nerves steady even in such a euphoric phase, even if the fear and greed index starts to flex, creating an important divergence to follow carefully in the next hours and days.

The support after this upward stretch allows for a wide retracement phase. Only a fall below $16,500, a level more than 10% below current prices, would trigger an alarm in the short and medium-term.

The long-term trend by now sees the prices of reference from the relative minimums of half October only with a downwards extension under the 15.500 dollars, levels that are more than 15% distant from today’s price.

Ethereum (ETH), the rise is solid

Unlike Bitcoin, Ethereum seems to have built a more solid structure upwards. By exceeding $500, Ethereum sees the supports move from $355 to $430-450, levels to be monitored for a possible reversal of the trend.

The overcoming of the $500 lays the foundations to set an upward target in the next few days in the area $525 and then $555. At the moment the bullish cue of Ethereum, which today sees it among the best of the day among the big ones, needs to understand where it will go.

Unlike Bitcoin, Ethereum’s volumes are good. Today, while hedging the speculation set downwards, ETH has volumes higher than the daily average of the last 30 days.