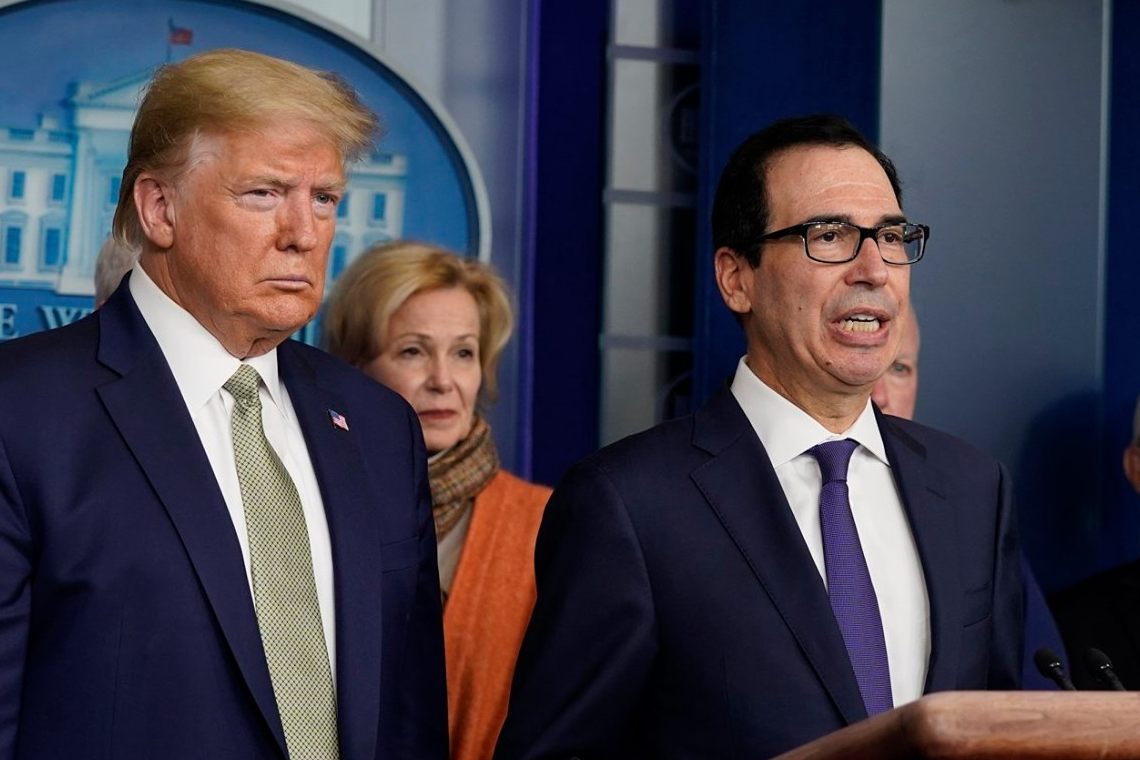 Steven Mnuchin is Secretary of the US Treasury and with this role, he can certainly influence the cryptocurrency sector. This is what is happening these days.

His latest stunt, that of introducing a regulation to de-anonymize non-custodial wallets, has been met with considerable resistance. Coinbase is at the forefront of potentially worried exchanges. Because, according to CEO Brian Armstrong, it would be the exchanges that would have to verify the identity of the receiving wallet.

This policy could affect the industry, but only in the US, where it would apply, because users could easily move elsewhere for their transactions.

Mnuchin’s policy against cryptocurrencies, however, is a war that is out of place and out of time, because he is coming to the end of his mandate.

After the defeat of Donald Trump in the recent US elections, Joe Biden will succeed him with his team. A team where another Bitcoin critic, Janet Yellen, already seems to be taking over. In short, there seems to be no peace for the crypto sector in the United States.

Cryptocurrencies according to Mnuchin

But going back to Mnuchin, this stunt of his is not surprising. Mnuchin, just like President Trump, has never hidden his hostility to cryptocurrencies. What seems to torment him most is not the diatribe between payment method or store of value, not even the high risk of volatility. None of this. The biggest concern is that Bitcoin and cryptocurrencies are used for criminal purposes and to finance terrorism.

So the reasoning may well be well-founded, but it is enough to read the newspaper reports to discover that criminals also launder fiat currencies and skillfully exploit foreign current accounts and ghost companies, yet it is not possible to ban cash, banks or the possibility of doing business.

This mentality was clearly expressed about a year ago at a press conference at which he claimed that the United States would regulate entities offering cryptocurrency services. He said:

Notably, during the same press conference, Mnuchin responded to the provocation from those who asked him to associate Bitcoin’s price increase with fraud:

“I’m not gonna speculate. I have no idea why Bitcoin trades where it is, I’m not commenting why it’s high or low. Again, I’m here to talk about the regulatory environment and warn people against illicit use”.

That’s why the move these days to regulate crypto wallets is not surprising. However, putting it into practice at the end of the term of office almost feels like a joke.

It must be said that US exchanges are already strictly regulated. To understand this, one only has to bear in mind that for the United States Binance has had to open an independent subsidiary, Binance US, in order to comply with the law.

The crusade against the illicit use of Bitcoin is reminiscent of the early days when, as pseudo-anonymous, BTC was used in the darkweb for illicit purchases. However, Bitcoin and cryptocurrencies have evolved considerably since the days of Silk Road and now qualify to compete as a payment or investment method.

Sticking to the idea that Bitcoin is only the currency of criminals means not seeing the reality, especially now that BTC has credited itself as a payment method, and it will be even more so thanks to PayPal, becoming an attractive tool even for big investors.

Previous article Grayscale: premiums over 1,000% for Bitcoin Cash and Litecoin
Next article Wallets and futures: why the price of bitcoin is falling