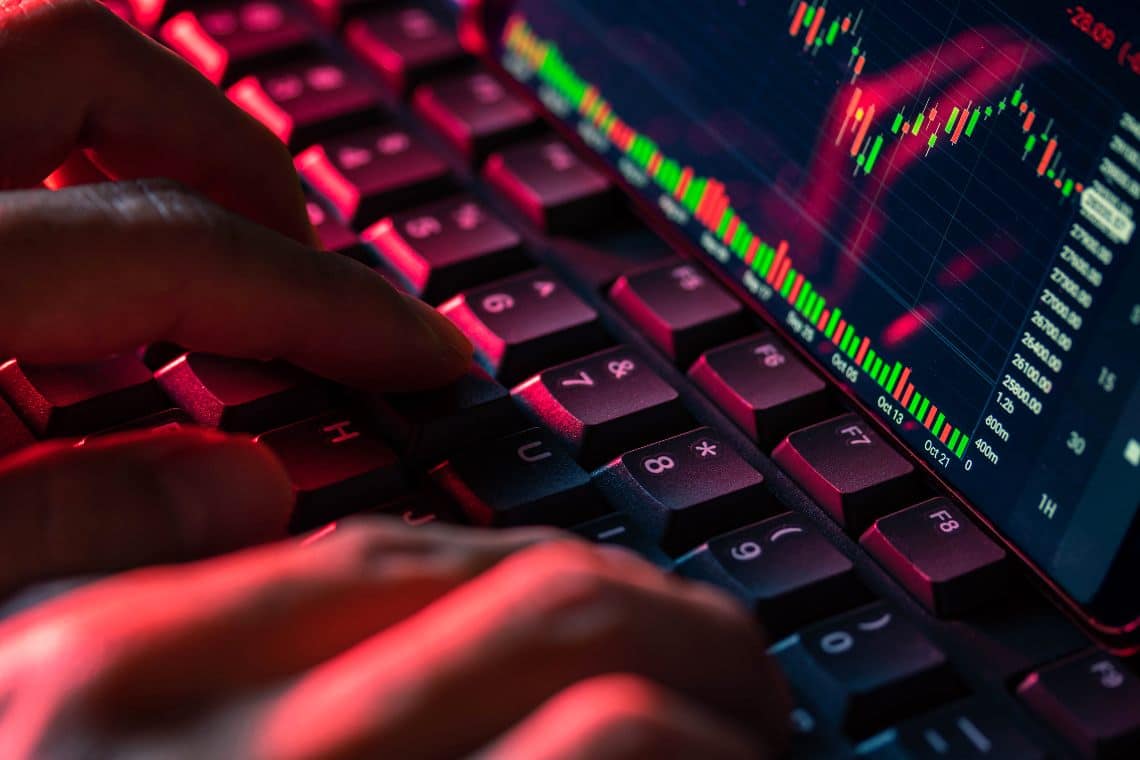 A day of reaction following yesterday’s bearish move, the worst bearish day since the beginning of September. Today, much of the lost ground is being made up. At the moment it is a technical rebound for cryptocurrencies.

Today there is a prevalence of positive signs, 65% above parity. This is a moment of reaction that is not ruining the weekly bullish trend.

Bitcoin is starting to record the first negative week after seven consecutive series, a record-breaking series that had not been recorded for some time. Ethereum, despite the sharp decline that saw a loss of 20% in a few hours, on a weekly basis finds itself fluctuating around parity.

The weekly closing of Ripple is instead a 70% increase from last Friday’s levels, behind the performance of the twin token Stellar (XLM) with a gain on a weekly basis of over 120%.

The day sees alternating red and green signs. Stellar recovers the sinking of the last days with an increase of 15% (best among the big names). Better than Stellar there’s only SushiSwap (SUSHI), one of the best known tokens of decentralized finance, which gains about 20% from yesterday’s levels.

It’s a day that also sees a positive reaction for most of the decentralized finance tokens, including Yearn.Finance (YFI) and Waves, which are nearly 10% higher.

Record volumes for Bitcoin and Ethereum

The last 24 hours have seen a generalized drop in volumes, but not for Bitcoin, Ethereum and Ripple, which yesterday recorded decidedly high volumes.

Bitcoin with a countervalue of $8.8 billion for a few tens of millions does not close the day with the highest historical volumes ever. A difference of 40 million would have been enough to match the record of June 26th, 2019. Bitcoin also records high volumes in derivatives, in particular futures on the CME.

Yesterday, since the launch of this type of markets, the CME has recorded volumes in excess of $1 billion. This results in CME yesterday being the leader in futures trading, with the largest daily volume ever traded on the futures market.

There was a decline in open interest in futures and options derivatives, a sign of the closing of derivative positions which anticipates the monthly maturity of these hours on the CME.

Ethereum traded high with volumes above $5 billion, the day with the highest volume in dollars since the beginning of the year.

The top 10 are the crypto assets that are trading the most, seeing as overall trading volume is down by more than 30%. 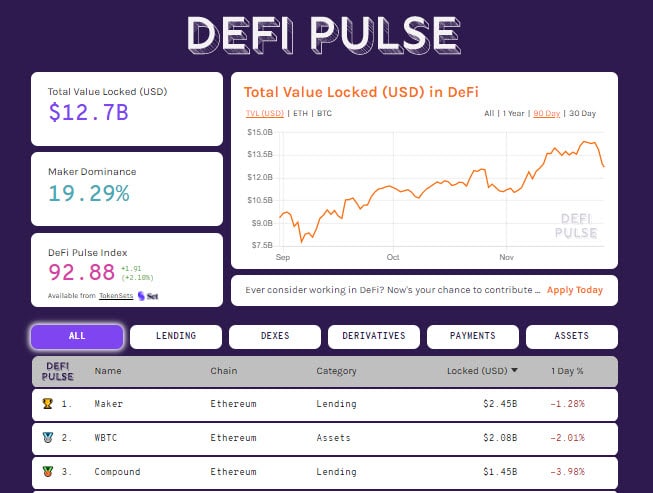 Decentralized finance, with the collapse in prices, also saw part of the total value locked fall to $12.7 billion from the top recorded two days ago, more than $14.3 billion recorded on Wednesday.

The sinking of the last few hours yesterday saw prices fall to $16,400, testing the trendline that has accompanied the bullish movement since mid-October.

It is an important technical test that will be the reference level over the next two days of the weekend. It is important for Bitcoin not to sink below $14,800 in the next few days, the first levels of coverage by professionals in options.

The sinking recorded in just over 2 days leads to a 20% loss on Ethereum prices. ETH arrives to test the 480 dollars where the purchases have intervened that have pushed back the prices to 510 dollars, where they are found in these hours.

During the weekend it will be important for Ethereum to consolidate the holding of this former resistance that has become medium-term support.

In case of a break downwards it is important not to extend the movement under 400 dollars, a level that currently sees passing the trendline that accompanies the movement since last mid-March and that connects the growing lows.

Upwards, aside from the unlikely exploit of the weekend, the return of the bullish force is distant and would only be activated with a rise above the $600 area.