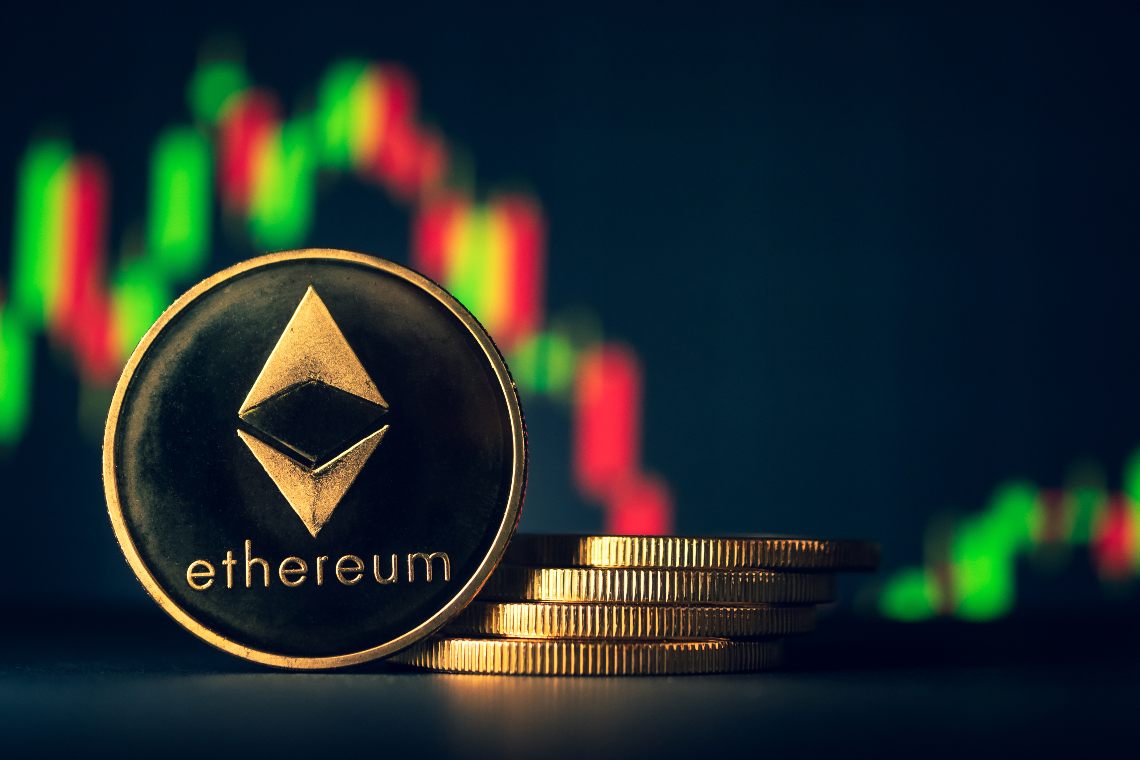 Cryptocurrency prices celebrate the start of the new phase 2.0 of Ethereum with new highs. The first transition process to the most important upgrade phase of the Ethereum network, better known as Serenity, was successfully launched yesterday December 1st at 12:00 PM UTC.

In those minutes Ethereum prices jumped over $635, the highest level since May 23rd, 2018. In the same minutes, Bitcoin was celebrating with new historical highs.

Unlike what happened on Monday, with new records set only in some exchanges, yesterday’s choral movement aligned new records on all major exchanges.

The green sign prevails today with over 98% above parity. SushiSwap (SUSHI) still stands out with a new jump of over 34% from yesterday’s levels. In less than a week, SUSHI prices recovered more than 150%.

A recovery that extends almost 400% from the quicksand of beginning November when the prices of SushiSwap sank little under half a dollar (49 cents), losing over 95% from the launch prices at the beginning of September.

Yesterday’s rises also caused trading volumes on the main exchanges to explode, particularly concentrated on the first two, Bitcoin and Ethereum.  Overall the total volumes traded throughout the day did not exceed last week’s record volumes.

On the other hand, with over 310 thousand Bitcoin traded daily on the major exchanges, yesterday was the fifth-highest volume day since the beginning of July.

The market cap exceeds $580 billion, the highest peak since the first days of January 2018, with the dominance of Bitcoin remaining unchanged from the levels of the last few days, just under 63%. Ethereum recovered a few decimals returning to 12%, while Ripple is around (XRP) 5%, a level recently exceeded after a year. 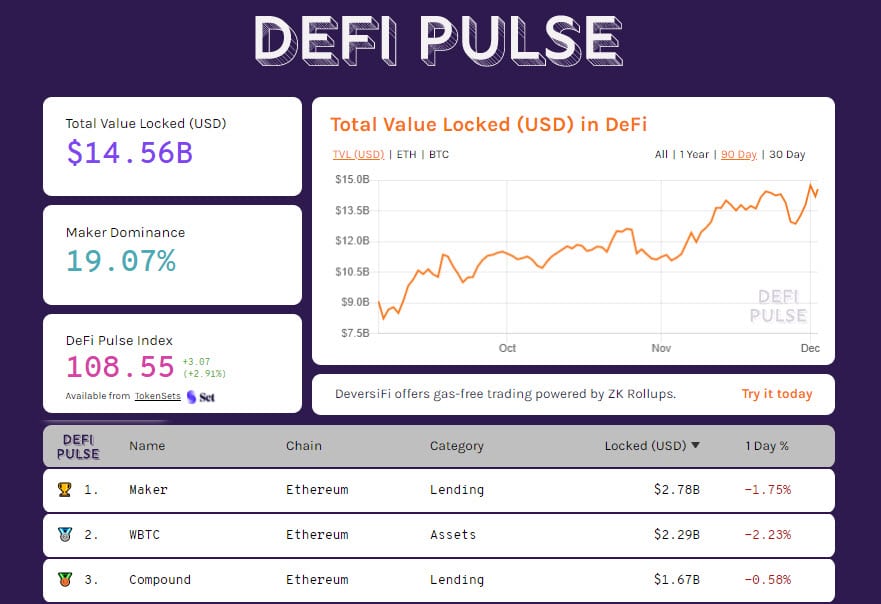 With the appreciation in value, yesterday the total value locked (TVL) on DeFi protocols reached new records over $14.8 billion. After three weeks, the locked Ethereum across the various decentralized projects are rising again, albeit timidly, by around 100,000 ETH in the last few hours and rising above 6.7 million ETH. More than 4,000 BTC were withdrawn, falling below the 164,000 tokenized BTC as ERC-20, the lowest level since the end of October.

This is the area between 18,500 and 19,000 USD to be monitored in the next few hours in order to understand if conditions are in place to build a valid basis of short consolidation to trigger the new attempt to go beyond the records.

From these high levels, it is necessary to obtain confirmations of the tightness of the short substrates. If not, a return below yesterday’s lows ($18,270) increases the chances of a return to test the $17,200-17,000 in the following hours.

These are the levels to defend in the event of a fall, so as not to risk further sinkings that in such a delicate context could attract short-term speculation, as happened last week.

Ethereum (ETH) prices after the launch of ETH 2.0

Yesterday’s rise brought Ethereum’s prices back above 625 USD, the highest level in the last 30 months, and then back again below 610 USD in the following minutes.

If in the short term the recent rise needs time to find the confirmations of the holding, in the medium-long term the bullish structure started in mid-March is finding more confirmation to consolidate the trend that so far, with the exception of a brief phase of uncertainty between September and October, has never had a moment of weakness as, instead, suffered by Bitcoin at the beginning of September, later brilliantly overcome.

From these levels the fluctuation margin for Ethereum prices increases. If upwards the overcoming of yesterday’s highs would open up spaces above 650 USD, downwards the first real support is in the 475 USD area, before the formation of a higher level. An area 20% away from the prices of these hours.