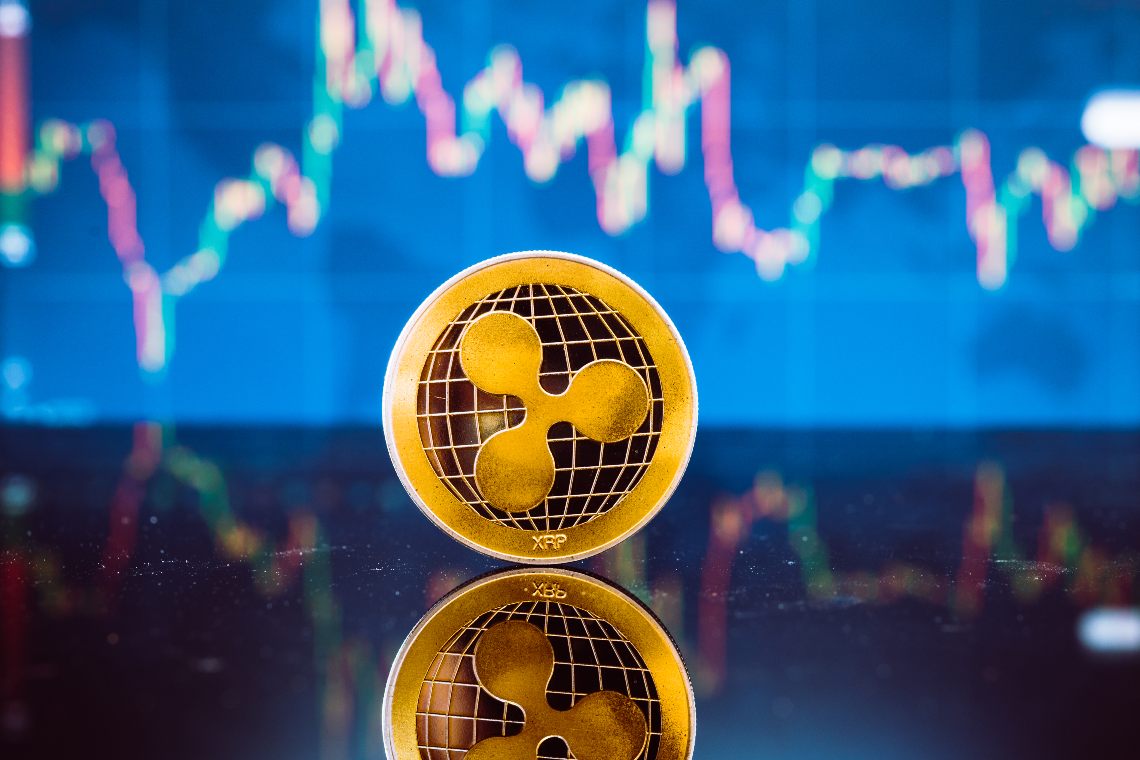 On a mostly positive day for the cryptocurrency sector, Ripple’s XRP keeps on dropping.

Yesterday’s healthy close saw a clean bounce back from the two negative days that had characterized Sunday and Monday, with Bitcoin attempting to climb back above $24,000, a key level for a continuation during the coming holiday season.

It is a week that nevertheless still sees a positive sign from Sunday’s opening for Bitcoin, which follows a close of over 22%, the best performance in percentage terms since December 2017.

Today’s day sees the green sign prevail, with Bitcoin recording a climb of over 2%, followed by Ethereum, +1.5%.

Ripple’s price plummeted by more than 30%, returning to the 30 cents mark and cancelling out the bullish movement that had characterized the last week of November with gains of more than 170%. Since the highs of November 24th, Ripple has fallen more than 60%.

It is a descent marked by the selling off of Ripple tokens, due to the announcement that the SEC is set to investigate the sale of Ripple tokens as securities. This is leading to a hands-down sell-off of the XRP token, which is now back to mid-November levels, undoing all the upward momentum of the last few days of last month.

Among the best performers was the rise of Monero (XMR), which recorded one of the biggest gains of the day, up double digits, +11%. Monero prices are back above $160, the highest level since June 2018.

Volumes in the last few hours continue to decline, with total trades standing below $300 billion in the last 24 hours, a decrease of about 10% from yesterday’s volumes.

Bitcoin, in such a turbulent phase, is back above 68% dominance, the highest level since January 2020. Bitcoin is on track to end a very positive year, which is also summed up by dominance returning to levels seen at the start of the year.

The market share of Ripple’s XRP also dropped to below 3.7%, giving up about 40% of its dominance from the highs of late November when it was back above 5%. 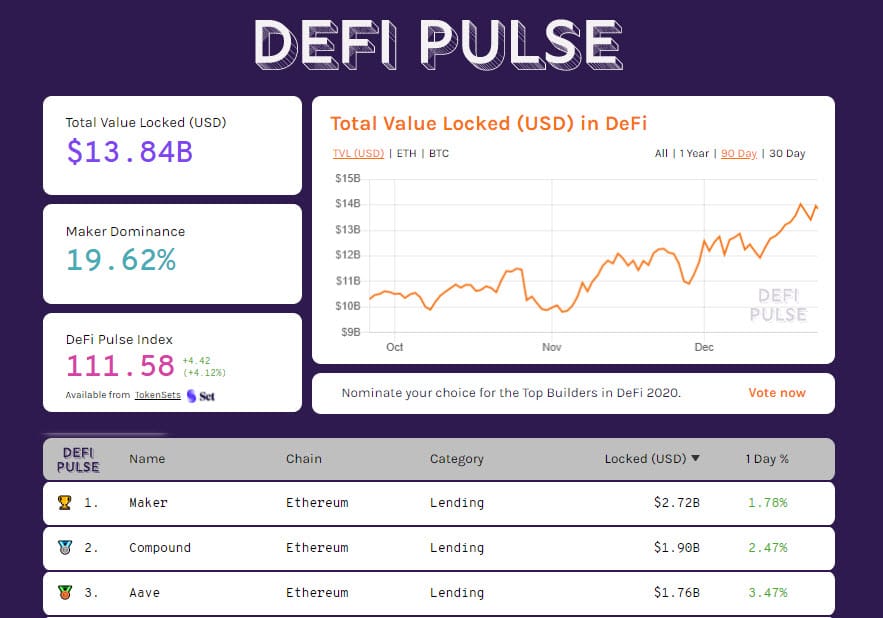 DeFi returned to $13.8 billion. There is a slight increase in Ethereum tied up in DeFi projects, 7,250,000 ETH. Tokenized bitcoin remain unchanged.

The leaderboard sees Maker consolidating its first position, but DeFi Pulse has temporarily excluded WBTC from the ranking, thus seeing Compound and Aave rise to second and third positions.

Bitcoin (BTC): in need of volumes

Bitcoin, with the recovery of $24,000 in the last few hours, is once again seeing profit-taking, which in no way undermines the bullish trend of the last 10 days, an uptrend that increasingly confirms the break of $20,000, a key level for the coming days.

Oscillations above 20,000 dollars would not change the current bullish structure even in a short-term perspective. If the recent record high of $24,245 set last Sunday, December 20th, is exceeded, Bitcoin will have to find support in terms of volumes, which at this time of year statistically record a decrease in trade in conjunction with the Christmas holidays.

Ethereum regains the $600 level, although it is struggling to break and hold the dynamic support that links the rising lows from mid-November, dynamic support that passes from yesterday’s lows in the $585 area. This is an area to be monitored in the coming days of this Christmas week.

In case of a decline, the first level of support is in the $535 area and then in the medium-short term the holding of $480 is important.

Bitcoin and Ethereum, some caution needed

It should be borne in mind that after such sustained rises in recent weeks, both Bitcoin and Ethereum cannot rule out bearish movements of between 15 and 30%.

It is therefore advisable to maintain extreme caution from these levels that see Bitcoin approaching Christmas with absolute historical highs while Ethereum follows the bullish trend with the highest levels of the last two and a half years.

I would like to take this opportunity to wish all the readers of Cryptonomist, and in particular of this space which I manage, a Merry Christmas.