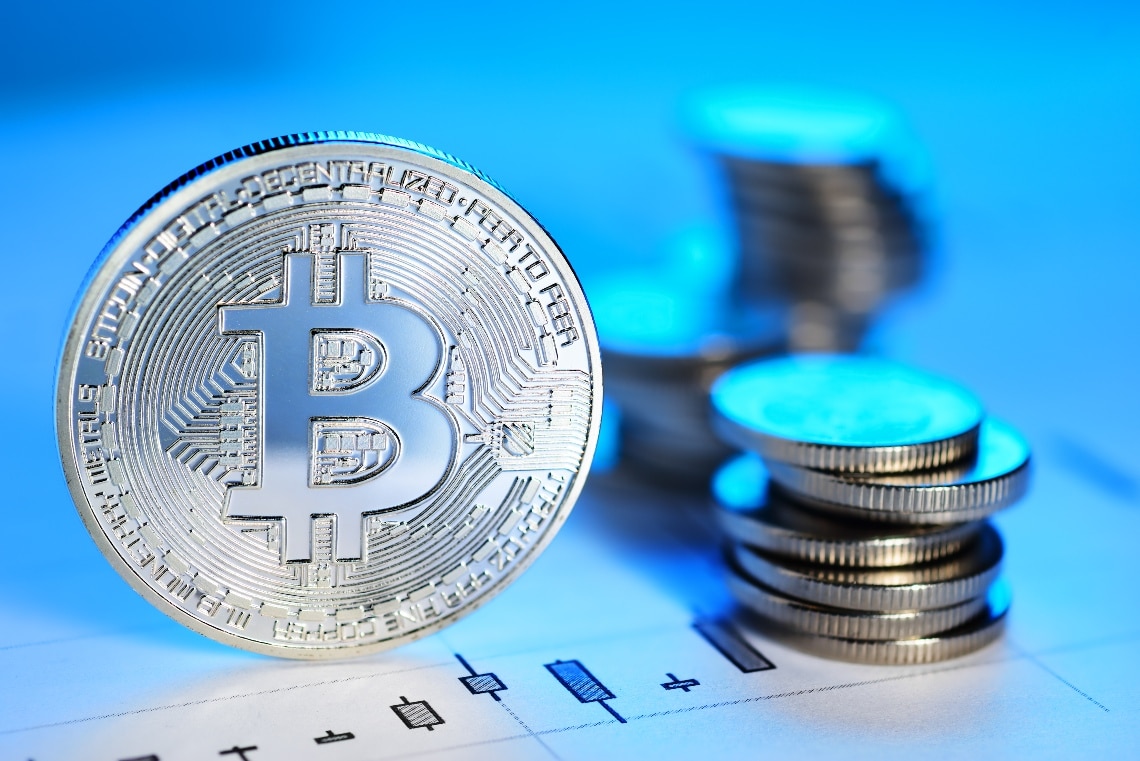 CryptoCompare has published the ranking of BTC trading volumes by currency.

This is a ranking that looks at the trading volumes of the last 24 hours of all pairs involving bitcoin against fiat currencies or stablecoins. 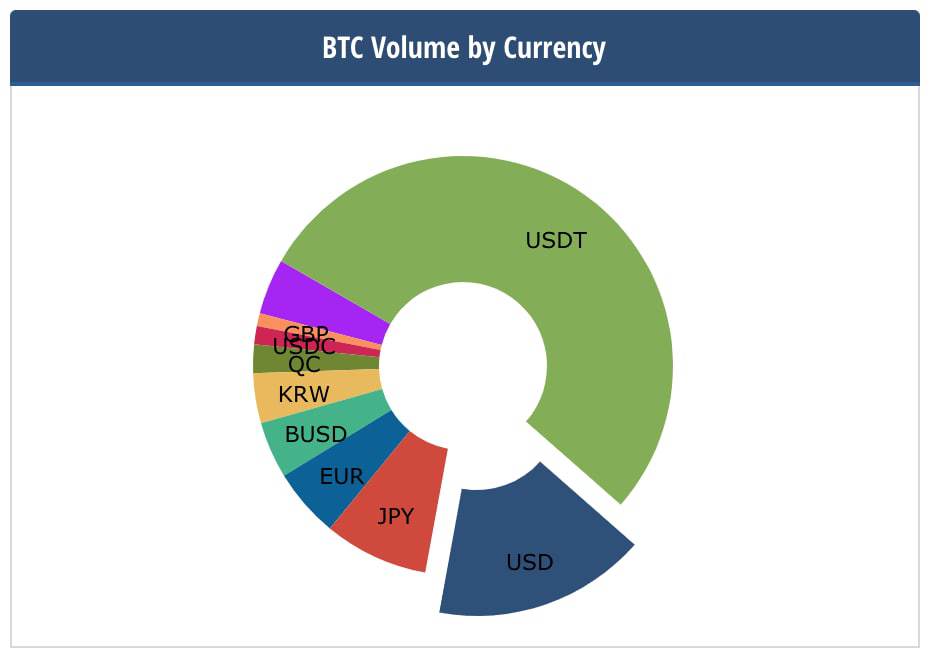 The fact that the pair with the highest overall trading volume is BTC/USDT (i.e. bitcoin versus Tether dollar) is not surprising at all, but it is the percentage that is surprising.

In fact, more than half of all trading volume of bitcoin against fiat currencies or stablecoins (54%) is occupied by this pair.

The Tether stablecoin pegged to the US dollar practically dominates bitcoin exchanges unchallenged, so much so that in second position there is the BTC/USD pair with only 16%.

It should be noted that among the top ten pairs there are three more involving stablecoins pegged to the US dollar, namely BUSD, USDK and USDC.

Adding up the volumes of these trading pairs involving BTC and stablecoins pegged to the U.S. dollar with those of actual dollar exchanges, we get an incredible 78%. That is, more than three-quarters of the total volume of bitcoin trades in fiat currency or stablecoin occurs in US dollars or crypto dollars.

While this speaks volumes about the importance of US markets in this sector, it also reveals that non-US users most likely also make extensive use of dollar-pegged stablecoins.

In particular, the huge gap between BTC/USDT and BTC/USD volumes seems to really highlight a very large use of Tether, especially outside the US.

The first trading pair by volume that does not involve the dollar is the one against the Japanese Yen, BTC/JPY, with only 7% of the total, while next is the one with the euro, BTC/EUR, which does not even manage to reach 5%.

In the top ten pairs, there are also BTC/KRW (South Korean won), BTC/QC (stablecoin pegged to the Chinese Yuan), and BTC/PLN (Polish zloty), which is only slightly higher than the BTC/GBP (British pound) pair.

Basically, bitcoin exchange markets in other fiat currencies other than US dollar are practically irrelevant, and the same markets in dollars are overwhelmed by those in stablecoins.

Besides, it is common opinion among industry players that in this market it is more convenient to operate in stablecoins rather than directly in fiat currencies, and since USDT is widely used worldwide in this market as an alternative to fiat currencies, it is not surprising that it also dominates over the US dollar itself. It is no coincidence that Tether’s market capitalization has grown so much in recent months.

Previous article TronChain: the first scam of 2021
Next article Class action against Coinbase regarding XRP