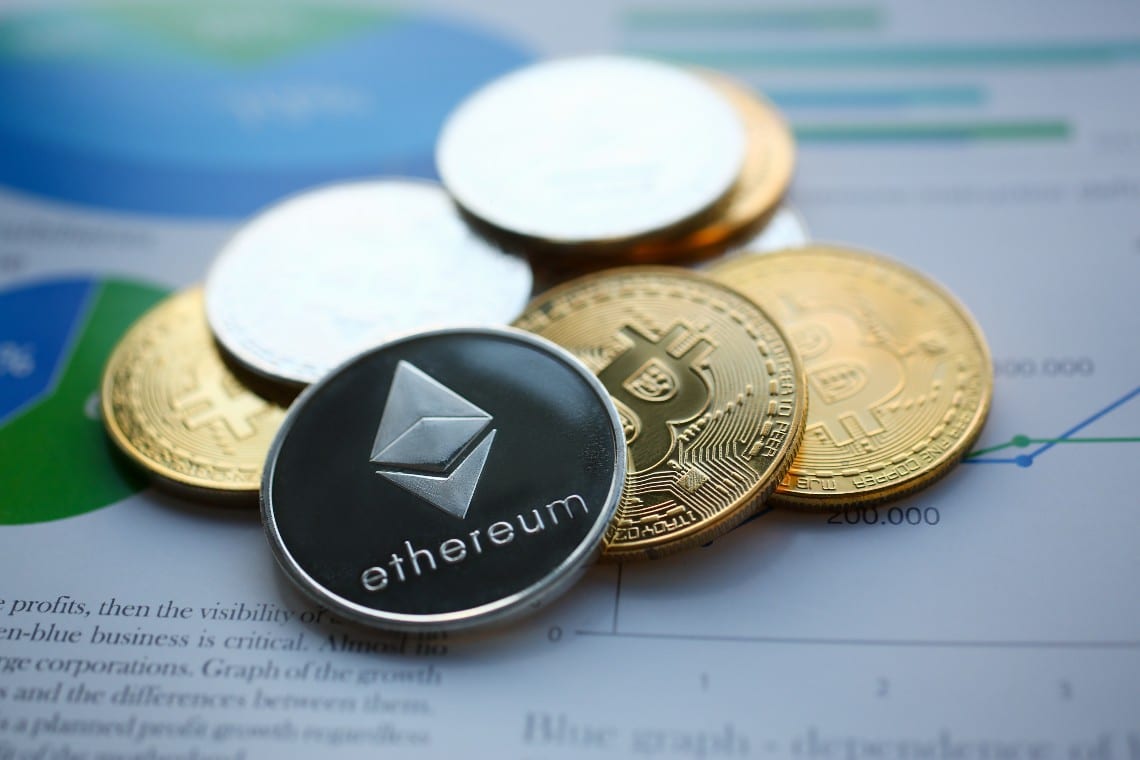 Ethereum on the rise thanks to futures

The day starts on a positive note with Ethereum rising just hours after the launch of the long-awaited Ether futures on the CME a few hours ago.

Ethereum has recovered from the lows of the weekend and is dragging the entire altcoin sector along. Apart from Bitcoin, which is up over 1%, and Ethereum which is up 2% from yesterday morning’s levels, over 85% of altcoins are trading above parity.

The best gain of the day was that of the Elrond token (EGLD), which rose over 50%. Elrond is an interchangeable token useful in the economics of decentralized finance for Elrond’s native service. This performance was also replicated by another decentralized finance token, Matic Network (MATIC).

Dogecoin (DOGE) continues to climb, though at a distance, and is now up 25%, rising above $0.075. Dogecoin is benefiting from the endorsement of Elon Musk who has now become the first supporter of this token, calling it even better than Bitcoin and this marriage with one of the best inventors of the new millennium is attracting attention and consequently speculation, confirming Dogecoin’s 10th position among the most capitalized, bypassing both Stellar (XLM) and Bitcoin Cash (BCH).

Excellent momentum for Cardano (ADA) which over the weekend recorded one of the best rises ever, with a gain of 80% from last Friday’s prices. Cardano in these hours is back above 70 cents, levels not seen since January 2018.

The good momentum of the entire cryptocurrency sector is confirmed by the market cap rising above $1,120 billion for the first time. Credit to Ethereum and altcoins reaching 480 billion in capitalization, increasingly close to the 550 billion record reached in January 2018.

Ethereum’s good momentum lifts dominance back above 16% while Bitcoin remains just above 60%, its lowest level in three months. 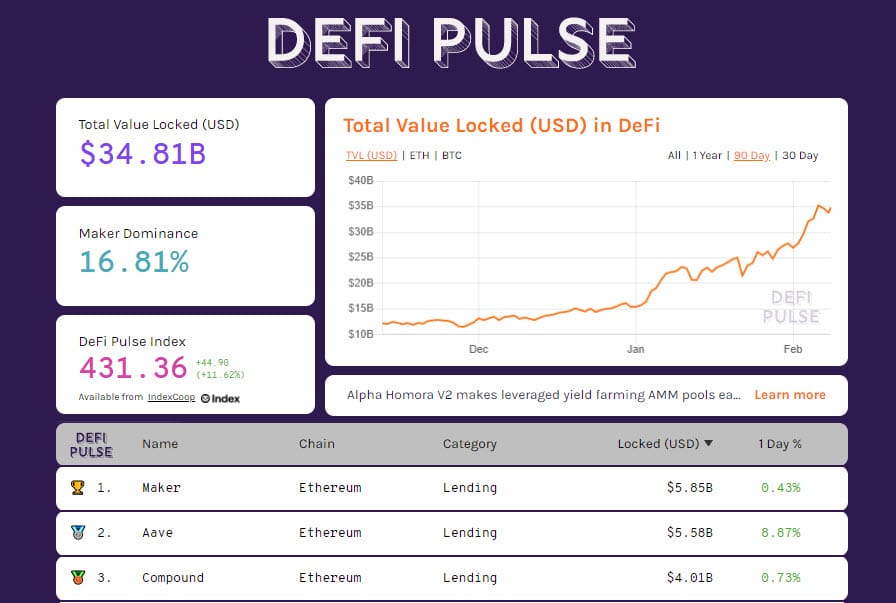 The total value of collateral locked in decentralized finance projects, remains above $34 billion.

Over the weekend, the leader in decentralized finance, Maker, reached a new record high in TVL, with the value rising above $6 billion for the first time.

Bitcoin despite the weekend’s swings that saw the price return to test former resistance of $37,000, now turned support, is holding just below the psychological threshold of $40,000.

It is a bullish movement that began a fortnight ago, just a step away from the records of early January, which confirms the restart from the lows of late January of the new monthly cycle. Technically we are entering a delicate bullish week with pushes above 41,000 dollars. Otherwise, there could be signs of reversal to follow carefully. The levels to monitor are: on the downside the lows of the weekend at $37,000; on the upside the highs of Saturday, $41,000.

Ethereum, despite strong volatility over the past three days, which has seen swings of up to 15%, remains close to $1,700. The trend in both the short and long term remains bullish thanks to the structure built in recent weeks.

As mentioned in previous updates, the bullish structure built in recent months allows the price of Ethereum to oscillate widely without compromising the short and medium-term trend.