In the top 20, the best rise was for Ethereum (ETH), which climbed more than 3% to $1,750, recovering all the ground lost in the turbulent day of February 23rd, the worst since the beginning of the year. Chainlink (LINK) was another big gainer during the day, rising almost 3% to $30.

Enjin Coin (ENJ) was the best gain of the day, rising more than 30%. In the last few hours, the token updated its historical records, rising to $1.80. Enjin Coin has multiplied its value 14 times since the beginning of the year, highlighting the hot moment for online games. Enjin Coin could be listed on Coinbase in the coming days, highlighting how the gaming sector is in a hot, crucial phase. Enjin Coin occupies a prominent position compared to its competitors, benefiting from partnerships with Microsoft and Samsung.

The market cap remains above $1.5 trillion, with Ethereum jumping up to 13% dominance, eroding market share from other altcoins. In fact, Bitcoin continues to remain above 60%. 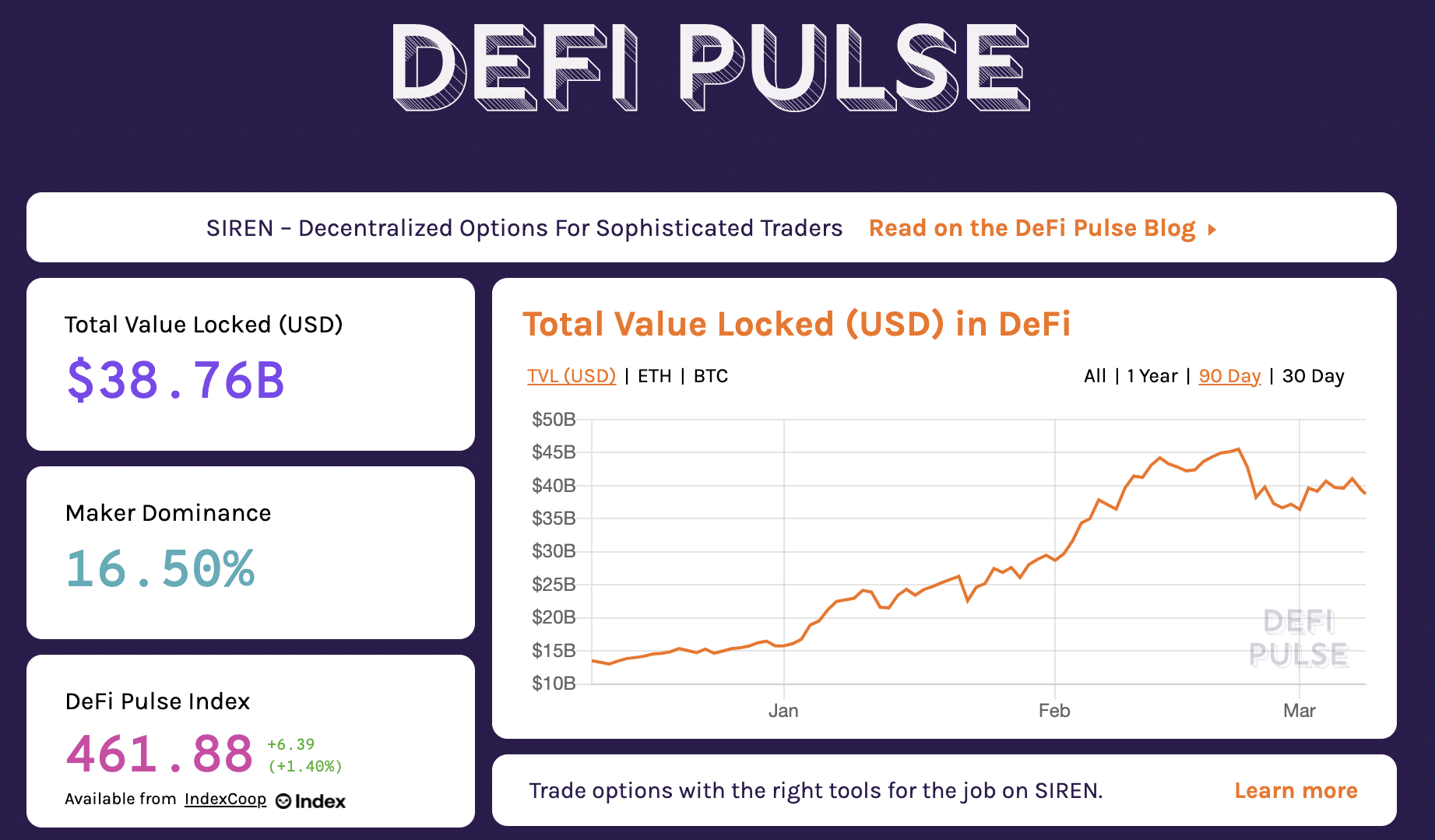 Maker continues to lead the decentralized finance projects with around $6.5 billion, followed by two other funding projects, Compound and Aave.

The weekend was very eventful and allowed prices to recover crucial levels, opening a week that promises to be interesting even if the day’s trades see a partial prevalence of the red sign, due more to investor caution.

Over the weekend, Bitcoin made another attempt to break through the $52,000 mark and for the fourth time since the end of February, the attempt was rejected without causing any particular tension, with prices continuing to hover around the psychological threshold of $50,000.

With a leap, prices closed the week above this psychological area on Sunday afternoon. This is a positive signal for the week that will be confirmed with prices above $53,000. Otherwise, it is important for prices not to go back below $44,000 in order not to frustrate the holding of the support at $44,000 which coincides with 50% of the Fibonacci retracement taking as reference the lows of late January and the highs of mid-February.

Ethereum (ETH) on the rise

The rise in the $1,750 area in the last few hours surprisingly brought the price back to test the lower part of the dynamic bullish trendline that accompanied the rising lows until February 23rd.

Despite being close to the end of the quarterly cycle that began at the end of December, prices are holding up well. Last week’s sales were immediately recovered by a return of purchases, even if volumes remain below the February trading average. For the time being, the good recovery in prices during the week has dispelled fears of a return to the $1,300 area. Signals will need to be confirmed later in the week.