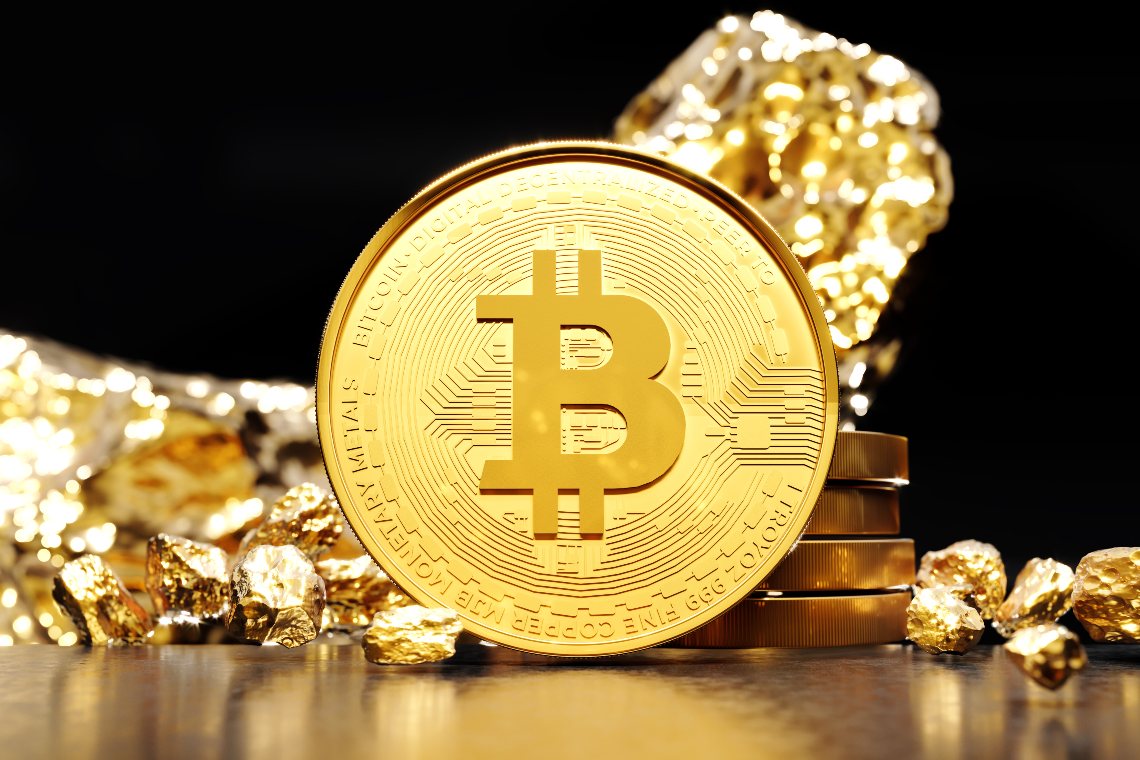 Bloomberg: Bitcoin is a better store of value than gold

Bitcoin is replacing gold as a store of value. This was said by Bloomberg Intelligence’s Senior Commodity Strategist Mike McGlone on his Twitter profile yesterday:

Digital #Gold Pushing Aside the Old Guard –
Gold will always have a place in jewelry and coin collections, but most indicators point to an accelerating pace of #Bitcoin replacing the metal as a store of value in investor portfolios. pic.twitter.com/RR0CCWmksF

“Gold will always have a place in jewelry and coin collections, but most indicators point to an accelerating pace of Bitcoin replacing the metal as a store of value in investor portfolios.”

The tweet also includes a chart from Bloomberg explaining how Bitcoin, by the end of 2020, had begun to outperform gold when comparing gold ETFs and BTC. This basically means that institutional investors are opting to buy Bitcoin more than gold, and therefore BTC is increasingly identifying itself as the digital gold.

McGlone is no stranger to Bitcoin, and has often made predictions in the past that have proven to be true: for example, at the beginning of February, he predicted that BTC would reach a value of $50,000.

Who knows if his prediction, made in November 2020, in which he said that BTC would reach a price of $170,000 within two years, will also come true.

Bitcoin vs Gold as a store of value

At the end of January, SkyBridge Capital co-founder Anthony Scaramucci also spoke out in favour of Bitcoin, saying that investments in BTC are now as safe as those in gold.

Even a few days later, the Bank of Singapore had declared that Bitcoin would soon replace gold due to its limited supply of 21 million.

By the way, as McGlone also pointed out, bitcoin’s price performance in recent times has been better than that of gold, since gold in one year – 2020 data – rose by 22%, while BTC by 300%. The previous year, on the other hand, the market had closed with +20% for gold, while +89% for bitcoin.

Previous article Paypal acquires Curv and expands into the crypto sector
Next article Bitcoin: a 7% bounce