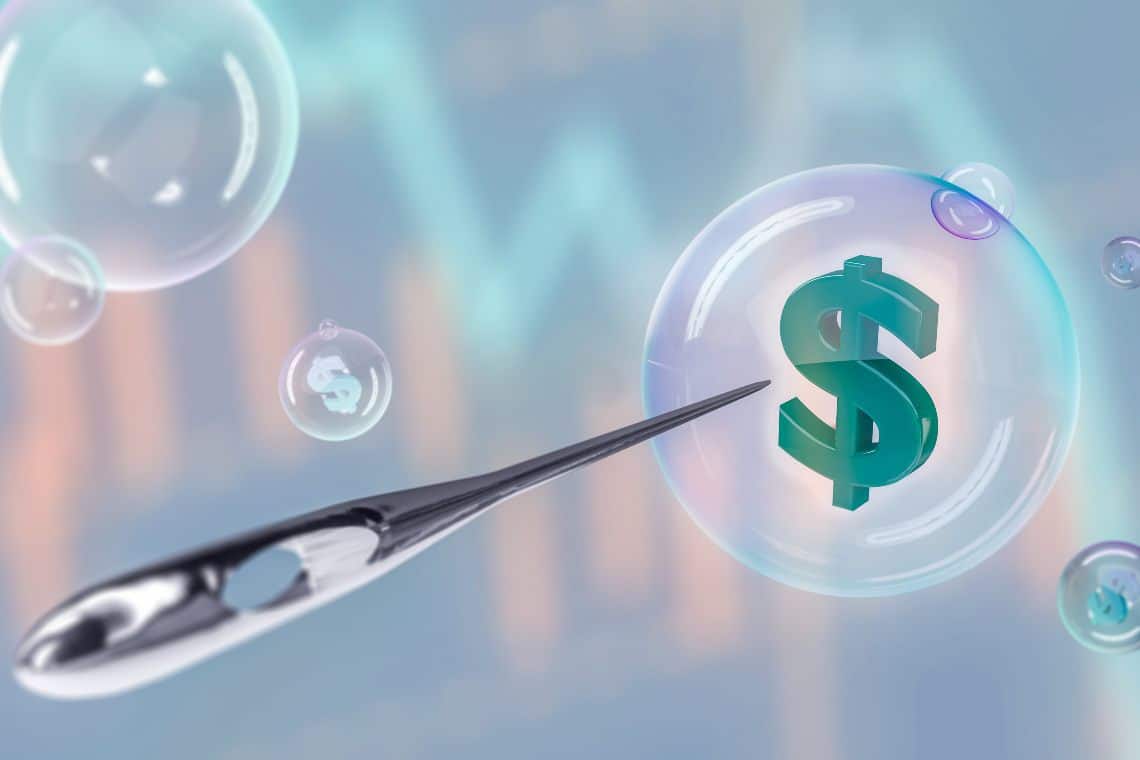 Beeple: there is a bubble around NFTs

According to Beeple, there is a bubble developing in the NFT market.

In fact, Mike Winkelmann, aka Beeple, spoke live on Fox News Sunday, and to a specific question from host Chris Wallace he replied:

“I absolutely think it’s a bubble, to be quite honest. I go back to the analogy of the beginning of the Internet. There was a bubble. And the bubble burst. And it wiped out a lot of crap. But it didn’t wipe out the Internet. And so the technology itself is strong enough where I think it’s going to outlive that”.

Beeple was interviewed because he sold a digital artwork at auction for the colossal sum of $69 million. According to Winkelmann, it was a very surreal event, as if a bomb had exploded in his room.

Beeple’s work whose NFT sold for this amount, “Everydays“, is a collage of images made every day for 13 years, and was put up for sale at Christie’s.

Why Beeple’s hypothesis on the NFT market is plausible

Winkelmann’s explicit statement that the NFT market is in a financial bubble seems highly plausible. However, the second hypothesis seems equally plausible, namely that the eventual bursting of this bubble will not be the end of this technology.

The reference to the famous dot-com bubble of 2000 seems indeed apt, considering that at that time the bubble was evident, and it burst generating huge losses, but it did not wipe out the dot-coms. It merely cleansed the market of the many flimsy projects that had landed on the market just to take advantage of the bubble, and raise funds without offering anything but vain hopes in return, in a way similar in some respects to what happened in 2017 with ICOs.

However, in both cases several projects survived the bursting of these two bubbles, some of them even world-famous, such as Amazon and Binance.

However, it is important to note that when bubbles like these burst, many investors who invested unwisely, perhaps in the hope that the bubble would not burst, end up losing out, especially if they invested large sums.

NFTs are an extremely interesting innovative technology, enabling people to do things that were simply impossible before their invention. However, the current enthusiasm for this technology seems excessive, thus laying the groundwork for a financial bubble to form and then burst.

Previous article A multi-million-dollar transaction takes 1,000 bitcoin off the market
Next article Bitcoin: dominance down, but prices rise