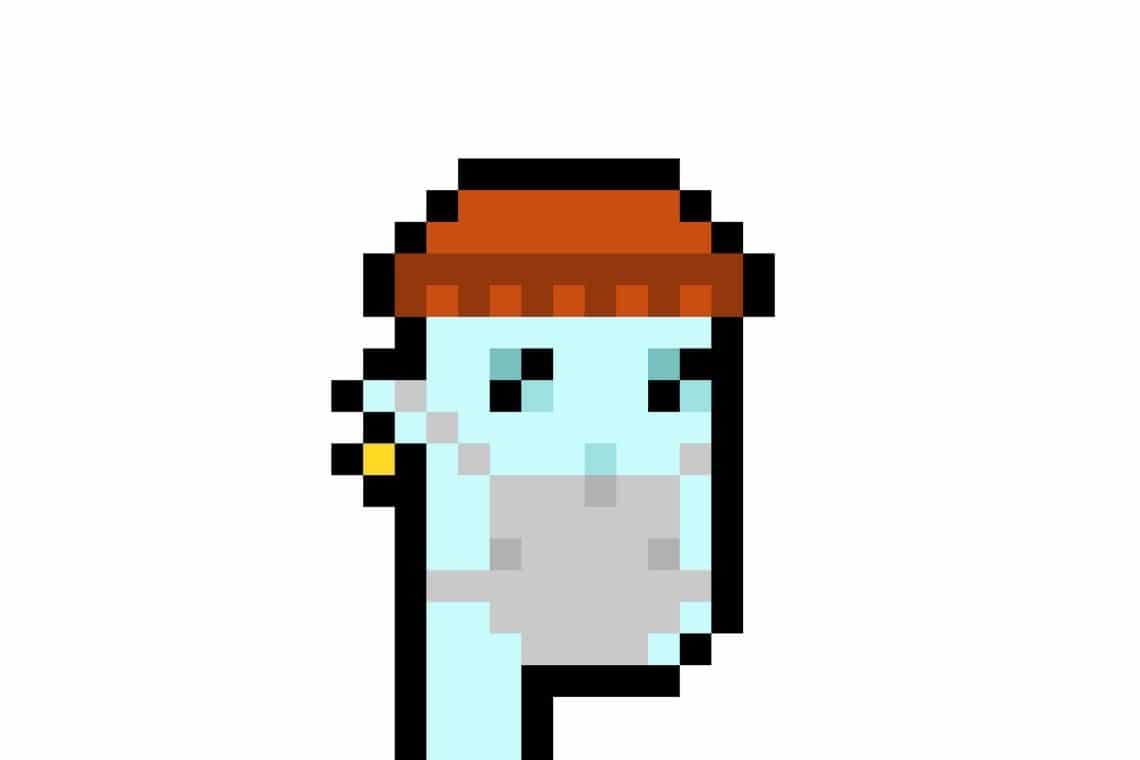 A CryptoPunk “Alien” NFT was sold at auction by Sotheby’s for $11.8 million. This is a record for a single CryptoPunk, part of one of the most well-known NFT collections, moreover at the prestigious London auction house.

It was purchased by Shalom Mackenzie, the majority shareholder of sportsbook DraftKings.

During the auction, 28 works were offered for sale, fetching a total of $17.1 million, as part of a collection known as “Natively Digital: A Curated NFT Sale”.

Specifically, Alien #7523, the most valuable piece, is a rare NFT, of which only 9 copies exist. Created in 2017, so well before the NFT hype exploded, it is part of a collection of over 10,000 CryptoPunks. They were held by the collector who goes by the pseudonym Sillytuna. When they were first released on the market, in order to acquire them it was necessary to prove ownership of an Ethereum wallet.

In fact, CryptoPunks are simply pixel-styled images. The work in question depicts a little man with a mask. It was produced well before the advent of the Coronavirus.

Part of the proceeds of the sale will be donated by Sillytuna to support the CryptoPunk community and organisations working to combat Covid-19 worldwide.

“The concept for Natively Digital was born out of wanting to take a curatorial approach to the history of NFTs as digital art, as well as to showcase the breadth of artists working in the medium since it was first introduced about seven years ago. With today’s results, I think the concept proved very successful in featuring many of the artists who are at the forefront of this movement, as well as spotlighting the diverse spectrum of artists contributing to the rich NFT community. Led by the record-breaking result for the masked Alien, Natively Digital showed that there remains strong demand at all levels of the market for NFTs, and we are excited to continue to explore new and interesting ways in presenting these cutting-edge works”.

CryptoPunks and Sotheby’s other NFT auctions

Natively Digital also made headlines by selling one of the first NFTs in history, Quantum, purchased by Syllityna for $1.4 million. It was created back in 2014.

As for the Natively Digital auction, Sotheby’s reports that:

Of course, Sotheby’s commitment to NFTs does not end there. Following the record-breaking sale of the $11.8 million CryptoPunk, the London-based auction house has announced that it will offer five more “physical” CryptoPunks for sale, from 24 June to 1 July. The sale is very special because out of 10,000 CryptoPunks, only 24 have also been turned into prints. All that’s left to do is wait to see who will win them and how much they will pay.