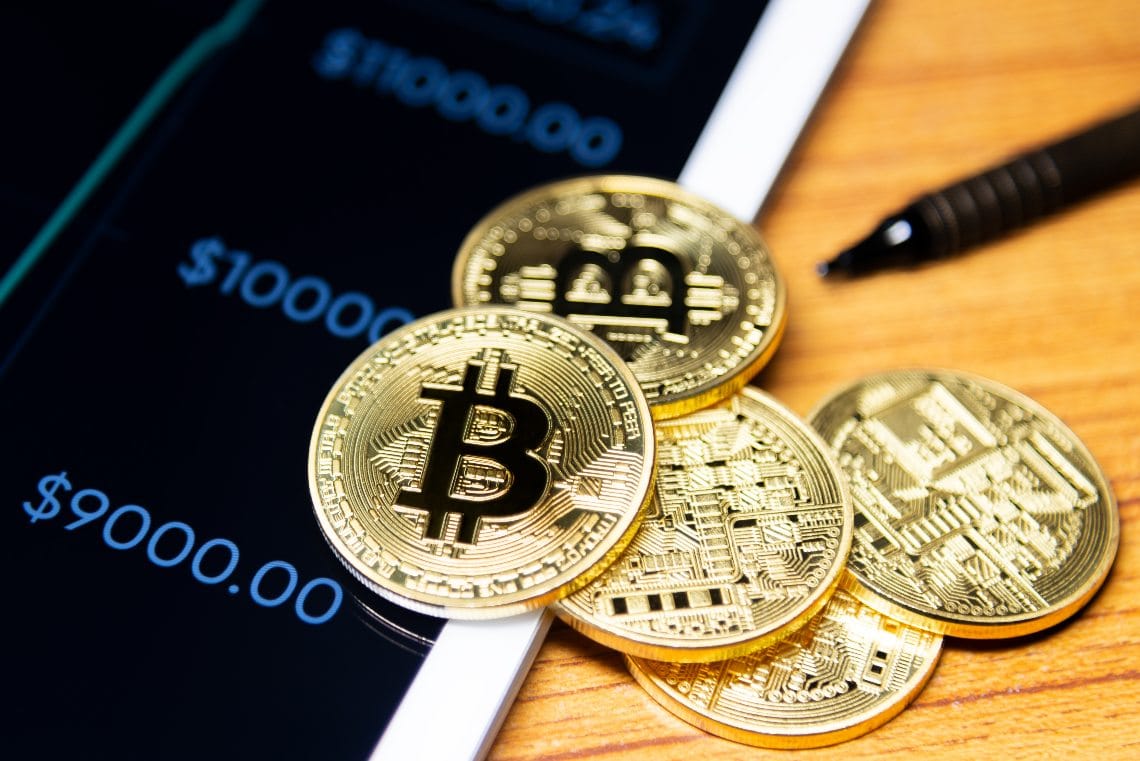 Yesterday was a historic day for physical and digital gold. The gold with the increases of the last 24 hours sets the absolute historical record at $ 1,974 dollars per ounce. It is a record that goes beyond the highs set in the distant summer of 2011, it was on September 6, at $1,900 an ounce.

It was another time, which coincided with the first periods when Bitcoin began to be traded on exchanges.

Yesterday was a historic day for both of them. While gold was hitting absolute historical records, Bitcoin broke the bullish banks that from September 2019 coincided with the area $10,500, which several times had repelled the bullish attacks.

The breakage led to a general explosion not only for price metrics but also for Bitcoin volumes and the Fear and Greed index returned to 76 points, the highest level recorded on confidence since July 2019.

The strong upward movement comes after a long period of accumulation, which has been going on since the beginning of May. As Bitcoin has usually accustomed us, the exit from the side channel always reserves strong upward and downward impulses.

Bitcoin gains 25% from the lows of July 18, when it was above $9,000. Much of the movement is due to what has happened since Sunday, with an increase that is over 16%. A movement that drags the rest of the industry along with it.

However, the Bitcoin ribs are affected, those projects that were born as forks of BTC, such as Bitcoin Cash (BCH), Bitcoin Satoshi Visions (BSV) and Litecoin (LTC), which today are up 7%, the most important of the last 24 hours.

For BCH, BSV and LTC, today’s increases bring quotations back to the first quarter of the year, far from the highs recorded in February.

Looking at the list of the top 10, the only one in negative is Ethereum, which loses 2%. A sign of weakness that does not affect the great work done by Ethereum in recent days.

Ethereum yesterday set its prices at 333 dollars, higher levels since June 2019. Today prices are consolidating between 310 and 320 dollars, respectable levels that have risen by more than 250% from the lows recorded in mid-March.

These signals that had already begun in recent weeks, with the middle-small altcoins, then saw the baton pass to Ethereum and now to Bitcoin.

Also Ethereum yesterday established with 2.5 billion dollars, the third day with the highest trading volume since the beginning of the year, behind only the days of strong tensions of March 12 and 13, when the 3 billion dollars were exceeded.

Also on derivatives, Bakkt’s physical and synthetic contracts established the highest trading volume ever. With over 11,100 physical contracts and a countervalue of $122 million, Bakkt yesterday set the all-time record since it launched futures in September 2019. It is a record that triples the one set on December 18, 2019 of $43 million.

CME futures with over $1.3 billion also set the third highest volume day ever since the launch of these products in December 2017, behind only the record volumes set at the end of June 2019.

But, what characterizes the last 24 hours is the CME’s open interest in futures data that sets an all-time record with $724 million, breaking the previous record of last May 19 at just over $532 million.

The aggregate volume of all platforms offering derivatives on Bitcoin records the third absolute historical record behind only the two-day storm of March 12 and 13, when peaks of $47 billion in value were set.

Yesterday the trading peaks stopped at 42 billion. These are important numbers not only for futures but also for options, which after the break of the upward protection see volumes and open interest explode. Positions that in the last few hours are starting to square again.

Bitcoin comes out of the side channel that caged the prices in the last three months. It does not stop the rise that breaks the resistance of the $10,500, which three times in the last 10 months had rejected any attempt to rise.

The bullish cue even goes so far as to test the August 2019 levels in the $11,000 area. This is the psychological threshold that will be decisive in the coming days to prepare for the attack at the August 2019 highs in the $12,200 area. At the moment there are no signs of downward tension.

Alert levels for a possible turnaround can be seen below $9,800, former resistance area now support.

The strong rise that has characterized the last few days, since July 18 has seen a leap in Ethereum of about 40%.

In these last 24 hours, Ethereum, after recovering the scene from last weekend, gives way to Bitcoin’s numbers. But this doesn’t adversely affect what’s happening despite the benefit taking that is making prices retrace after the peaks of 330, at $310-320.

For Ethereum, the bullish movement of the last week leads it to gain more than 30% (Bitcoin stops at 17%).

Now for Ethereum a consolidation phase above 300 points is needed. Technically, the levels not to be violated are the 280-285 points, where in these hours are placed the first weak defenses in options, although it continues to remain the queen of supports the area 220-235 dollars, levels far from the current that would indicate a decline of 25%.

But even for Ethereum we don’t see any particular downward signs. It is necessary from these levels to start creating a consolidation phase to attack the record of last June 2019, just above $ 360, a step from yesterday’s levels.