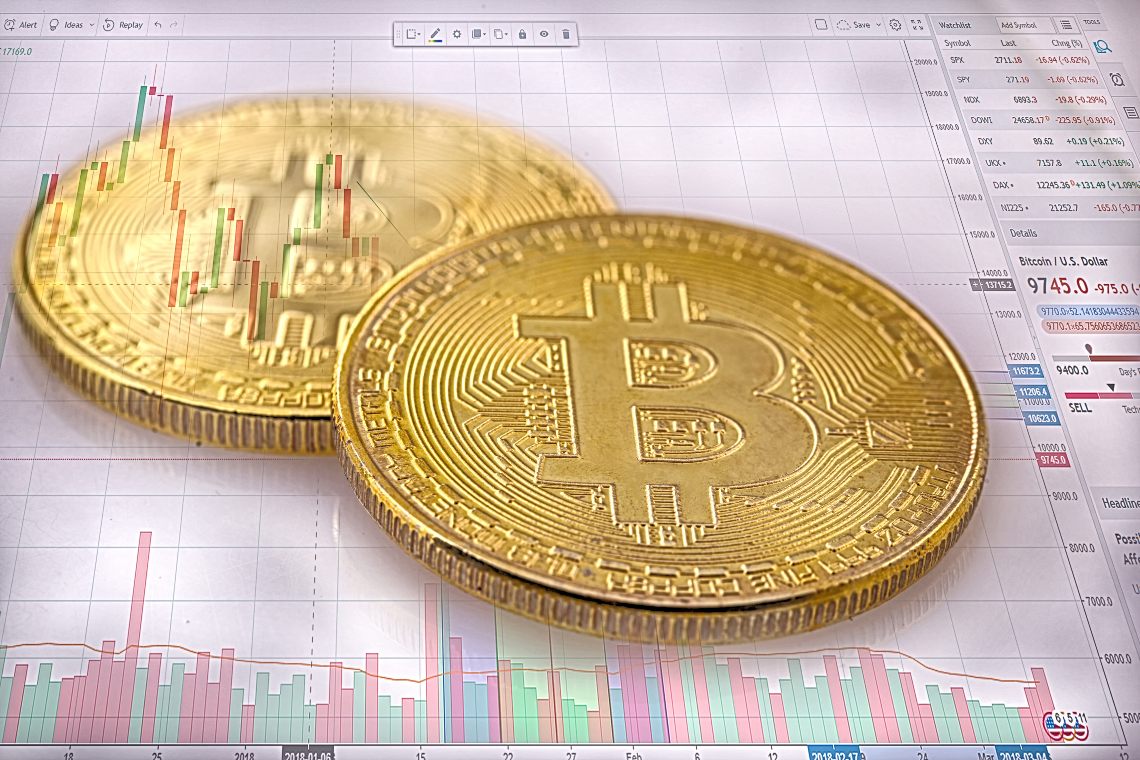 On a day of ups and downs, with a slight prevalence of negative signs, Bitcoin holds the $11,200 support.

The cryptocurrency sector shows an underlying weakness that for the second week in a row leads to a closure in red. An event that has not occurred since mid-June.

After the strong rises that began in early July, the operators are looking for the formation of valid support to attract new purchases and return to the uptrend. 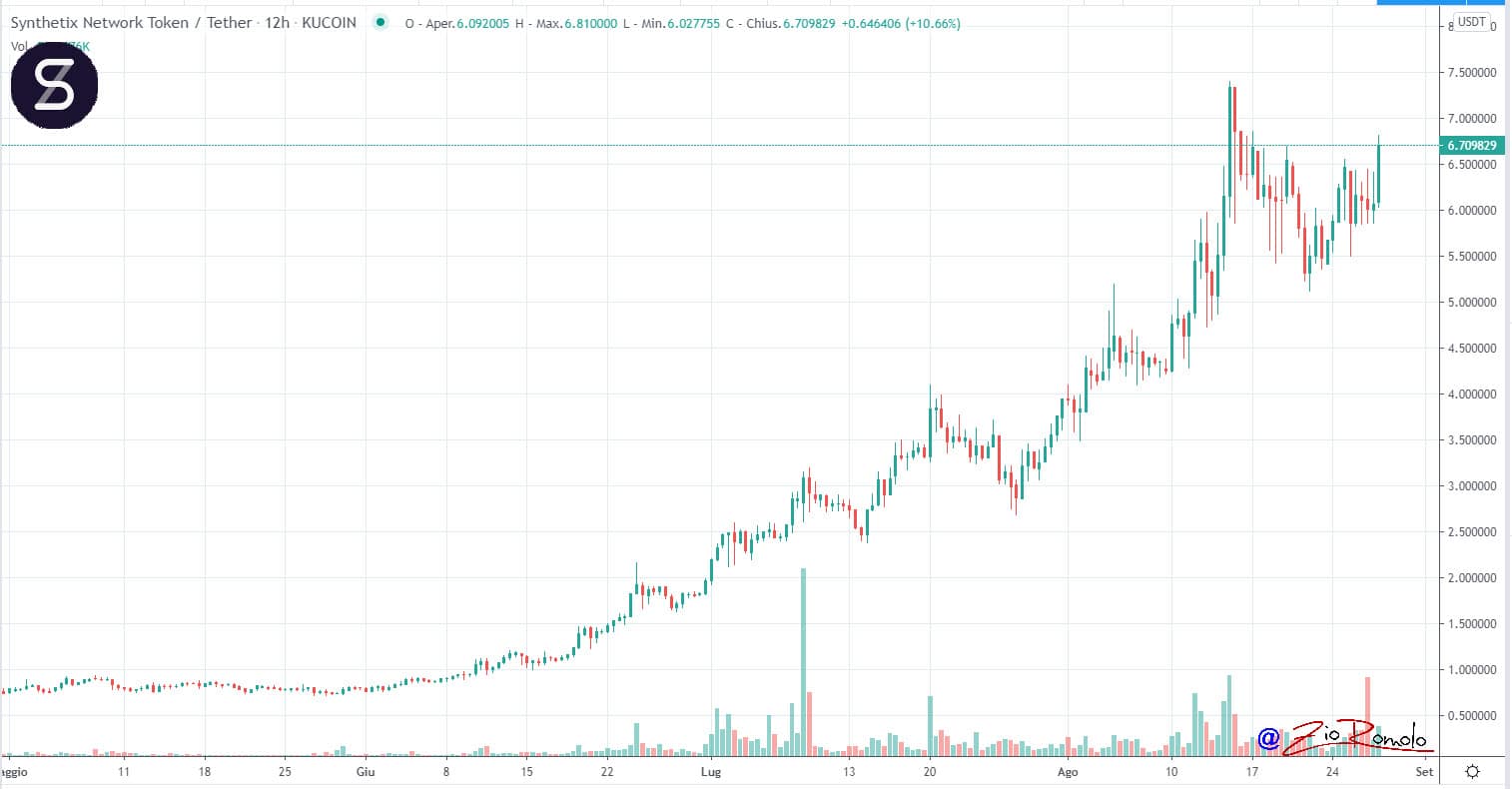 This Friday it is Synthetix Network with more than 15% to take the podium among the best rises, followed by ThorChain (RUNE) and Decentraland (MANA) +10% for both. In the top 10 only Binance Coin (BNB) above par with +4.5%.

Trading volumes remain toned and above average since the beginning of the month.

A surprising August, many expected a slowdown after the July sprint. A signal that bodes well for September. 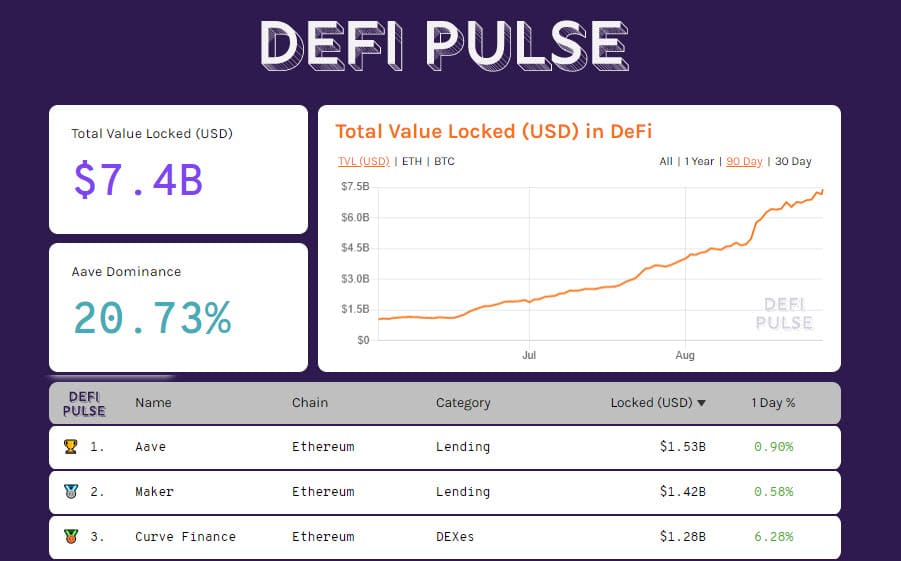 Records for DeFi in August

The month of August marks new records for DeFi as well, which continues to collect liquidity. The new TVL (total value locked) record is now over $7.4 billion.

The number of tokens locked on the main dApps continues to rise. Both Ethereum and tokenized bitcoin are recording new highs.

Total capitalization remains above $355 billion. The dominance of Bitcoin is above 59%. Ethereum’s market share falls to 12% and that of Ripple to 3.3%, the lowest levels since the end of July.

BTC is holding the $11,200 support, with prices again trying to stretch above $11,500. This is the resistance that needs to be broken down to attempt an extension to review the mid-August highs.

On the contrary, it is necessary to continue to monitor the resistance of the indicated support. A break would attract bearish speculation to test the $10,500-10,200.

In the last few hours, prices have been trying to rise above $395, before attacking the highs of the last few days, just over $405.

Otherwise, it is important not to go below $380 again in order not to risk going down to test the $355, a technical level defended by operators in options with the highest peak of Put positions currently open.