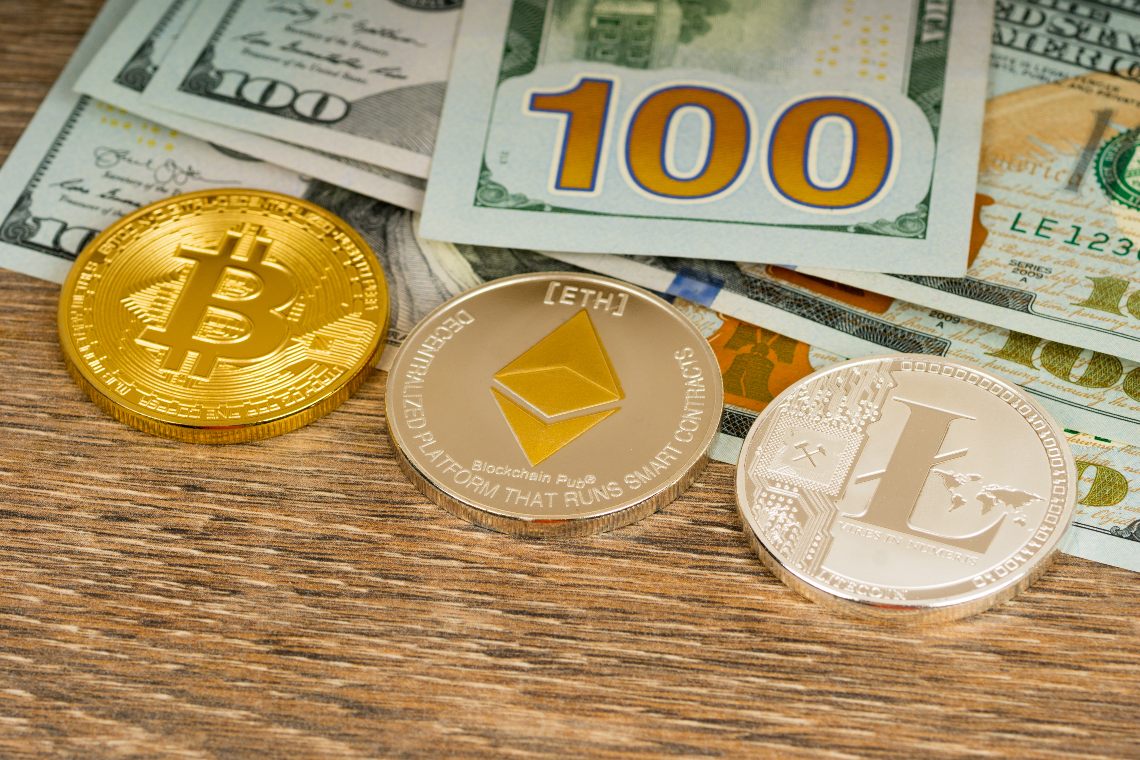 The week that closes the month of October is nearing its end, with Bitcoin returning close to the levels of January 2018.

Should Bitcoin confirm the current levels of the last few hours, it will end with the highest monthly closure since December 2017.

This is the third month for bullish intensity in percentage terms since the beginning of the year. Only April (+34%) and July (+24) did better, whereas now we are just below 24% as a monthly gain.

In terms of value, for a more robust rise, it is necessary to go back to May 2019, when in one month Bitcoin marked a rise of over 2,500 dollars.

What is impressive is that Bitcoin had a distinct story in this month of October. Analyzing the most known and dated coin, with this expected monthly closure in the next few hours, Bitcoin brings back to memory the previous rally at the end of 2017. Taking in reference the values of December 2017, it is the only crypto that indicates the recovery of those levels, when the full speculative bubble of the ICOs was underway. 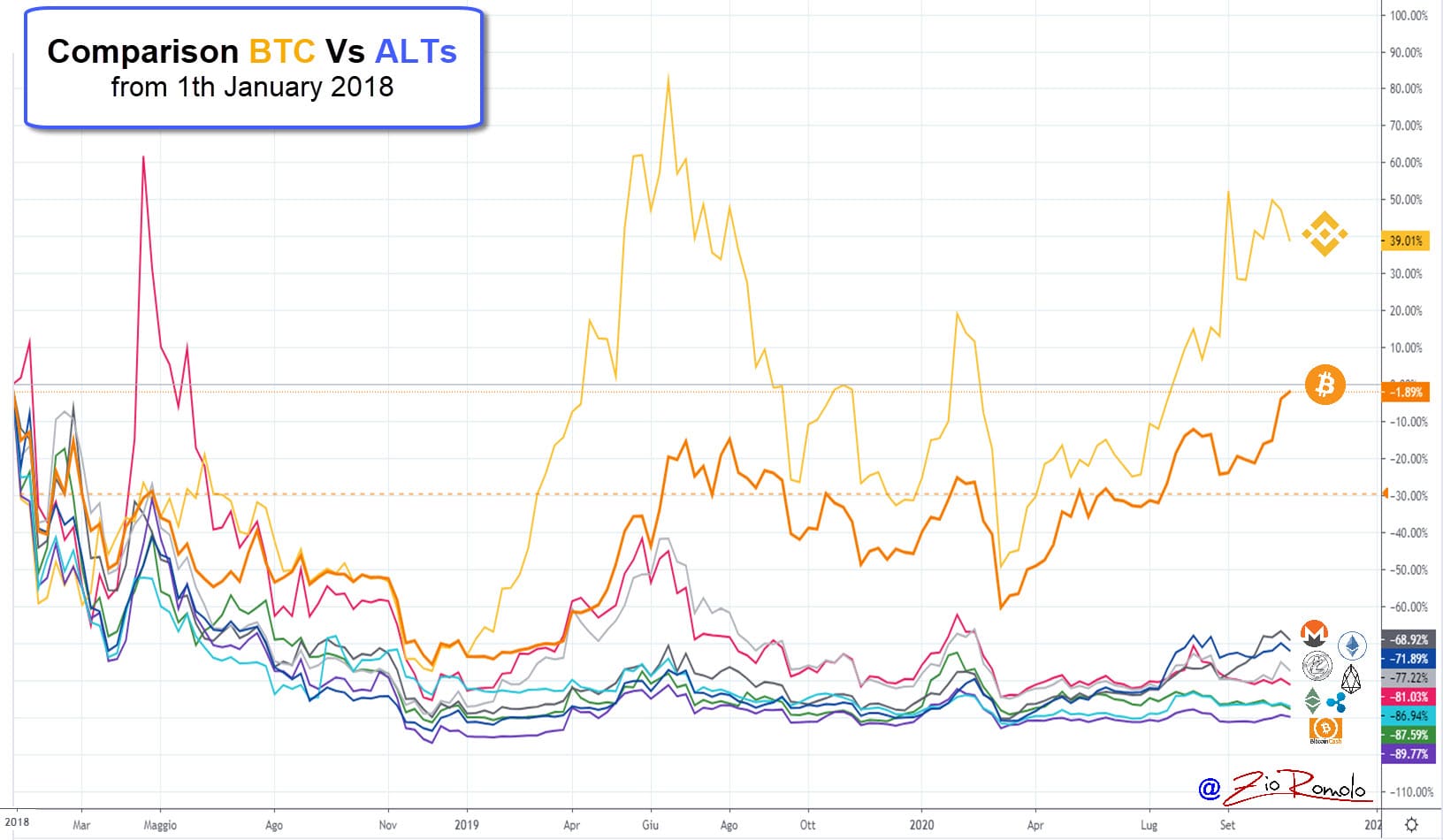 Bitcoin vs altcoins: from January 2018 to today

Comparing Bitcoin to the most famous and most capitalized tokens, since January 2018 only Binance Coin (BNB) has been doing better, with a gain of +38%. This is the token linked to the well-known exchange, born during the summer of 2017.

Excluding the BNB token, if we compare it with the other older cryptocurrencies, the numbers are definitely in favour of Bitcoin, the only one with a positive balance since January 2018.

For example, Ethereum is 70% behind, while XRP is among the worst with a loss of 87%.

Ethereum Classic also lost more than 80% of its value (-81%). Bitcoin Cash fell almost 90% but this blockchain was affected by the November 2018 fork.

This is a very good overview of what has been happening in recent weeks. Bitcoin is writing a story of its own while altcoins are struggling.

Previous article How to make profits in 30 Days on Your Bitcoin
Next article TimeCoin Protocol: a new IEO and meetup for the Italian public