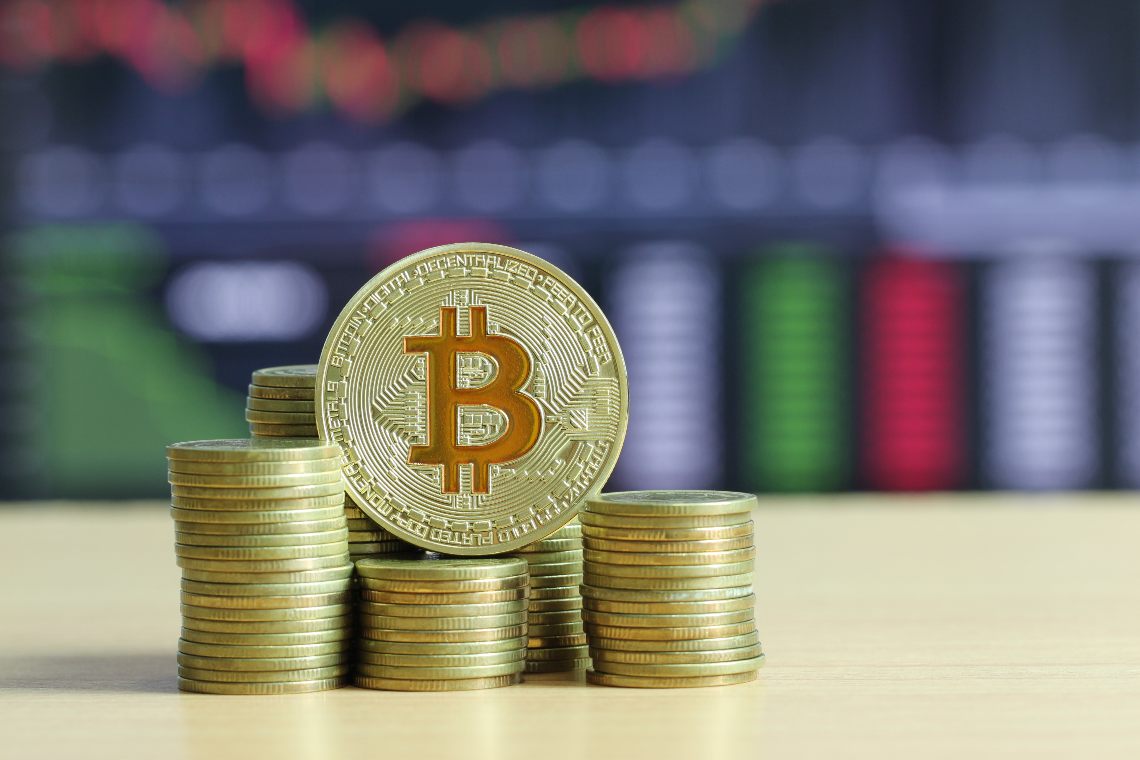 With a final move yesterday, in a few minutes, the prices of Bitcoin rose by more than 350 dollars pushing the quotations to update the highs of the year to 14,065 dollars, a few points above the previous record of Saturday, October 31st.

This is a movement that happened by itself, following the characteristic of this phase where Bitcoin prices continue to move independently and without affecting the rest of the sector.

But then the rise was reabsorbed in the night, with prices returning to yesterday afternoon’s levels between 13,500 and 13,700 dollars, disregarding the US political headlines that will catalyze attention also in the next few days with a result that was anything but predictable as, instead, it seemed until yesterday.

After yesterday, on this first Wednesday of the month, the red sign continues to prevail, even if with a lower frequency than yesterday. This average is also found among the first ten capitalized, with only four signs above parity.

Only Cardano (ADA) did better, rising more than 4% from yesterday morning’s levels, trying to recover part of the decline suffered in the last two weeks.

Broadening the comparison with other tokens with lower capitalization, the best of the day is HedgeTrade (HEDG) flying more than 35%, followed by ABBC Coin (ABBC) +20% and The Midas Touch Gold (TMTG) also on the podium today with a double-digit gain, +13%.

On the other side, the worst performances are those of Yearn.Finance (YFI) and VeChain (VET), both down 9% in the last 24 hours. 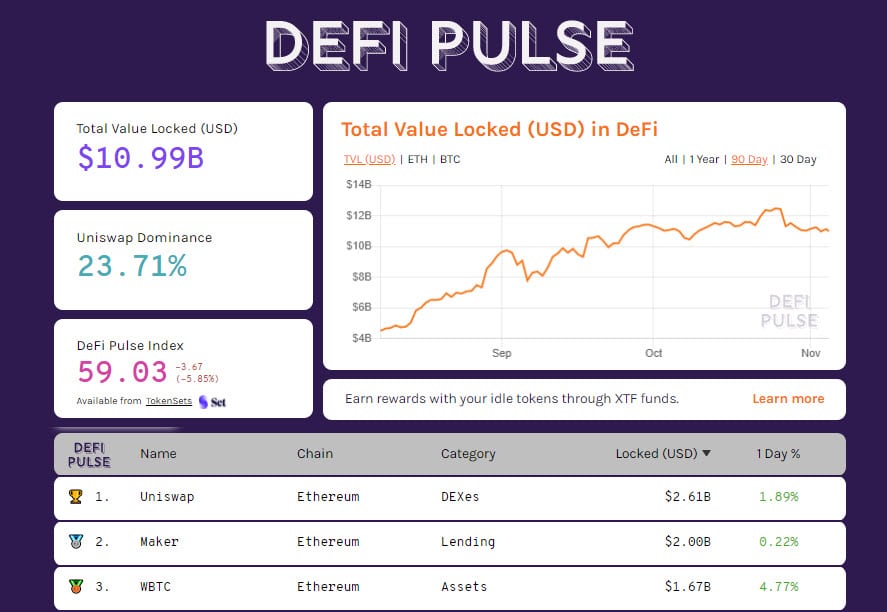 Despite tensions for many DeFi tokens, the total value locked in the various projects remains anchored at $11 billion with the number of tokenized bitcoin rising again to 170,000 BTC, equal to $2.3 billion, a new record when calculated in US dollars.

Total capitalization remains above $395 billion. This is attributable to Bitcoin, which is back above $255 billion for the first time since January 2018, rising to 65% for its market share at the expense of Ethereum, which falls below 11% dominance after more than three months.

Bitcoin continues to not give in to sales which remain tentative despite the dizzying levels reached in a short time.  Since the fall at the beginning of September, a month later Bitcoin prices have risen by 40%, pushing prices beyond the previous August highs. A race that has left little room to build valid supports. For this reason, it is necessary to form bases from which to start again.

Only the overcoming of the 14,200 USD supported by growing volumes will decree the beginning of a new bullish phase. Otherwise, it is better to be patient.

Since September’s lows, the price of Ethereum has gained about 20%, demonstrating a less energetic attitude and showing a rise based more on reflection than on its own merits. The low intensity and unconvincing volumes do not provide the useful confirmations to clarify whether technically the 390 USD area is to be considered support or resistance.

At the moment operators increasingly consider the 405 USD as a crucial level to overcome before attacking the 420 USD, the resistance that in mid-October extinguished the last rise.

Previous article The mega IPO of Ant Group (Alibaba) was suspended
Next article Here's the deposit contract of ETH 2.0