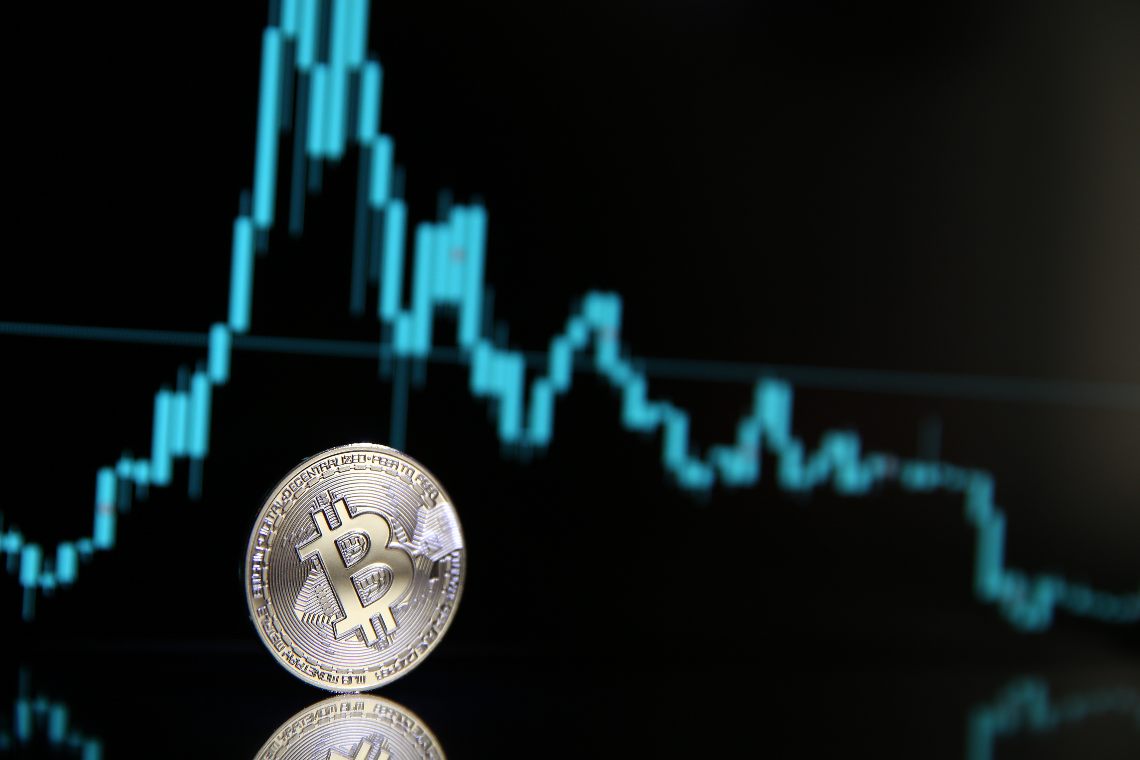 Bitcoin continues to influence the rest of the industry with a drop of over 3.5%, in line with Ripple losing just under 4%. Among the top 3, Ethereum suffered a drop of more than 4%.

The sector continues to slide and is about to end the worst week since mid-March, both in terms of numbers and percentage performance.

If even the weekend were to continue to confirm the weakness, with the current values or lower values, this would be the week with 4 days out of 5 in red. An exception to this is Wednesday which allowed a recovery that made sure that there would be no closure with 5 consecutive days downwards. This has not occurred since November 2019 for Bitcoin.

Bitcoin influences the whole sector where today 99% of the first 100 cryptocurrencies are in negative territory. The only one in profit is CELO, a project born in the summer of 2017, an ecosystem of blockchain integration that wants to provide property keys to its cryptocurrency repository directly connected to the mobile phone number.

It is an interesting project that sees the possibility of being integrated into decentralized finance through smart contracts and dApps, which saw the launch of its mainnet in April 2020. Today CELO is going against the trend, with a modest increase of almost 2%.

CELO aims to promote cryptocurrency payments via mobile phone, including via WhatsApp. It is developing as an alternative stablecoin. Members supporting the project include A16z, Coinbase, Anchorage.

The rest is down, although there are just under 10 tokens with double-digit declines. The worst is Decred (DCR) together with SushiSwap (SUSHI) losing 13%. Aave struggles together with Synthetix (SNX), Uniswap (UNI), Yearn Finance (YFI) and Ren, losing just over 10%.

The week starts to close with the market cap below $525 billion, the lowest level since the beginning of the month.

Bitcoin’s dominance strengthens to over 63%. Ethereum, on the other hand, drops to 11.7%.

Ripple, despite having reached 55 cents after having risked slipping below 50 cents, tries to consolidate the price by the strengthening that there has been in the last 48 hours that has led many owners of XRP tokens to block it on the exchanges during the snapshot for XRP owners who through the airdrop will get the same share of Spark tokens of the Flare Network project.

The week ends with a Bitcoin drop, the reference benchmark, at just under 10%. This is the third worst drop on a weekly basis since mid-March in percentage terms. By unit value, Bitcoin loses about $1,700, and is the worst week since mid-March when BTC lost more than $2,700 with a 33% drop on a weekly basis. From those lows, Bitcoin traded direction with a movement still in place, but it was on a different market trend from the current one. 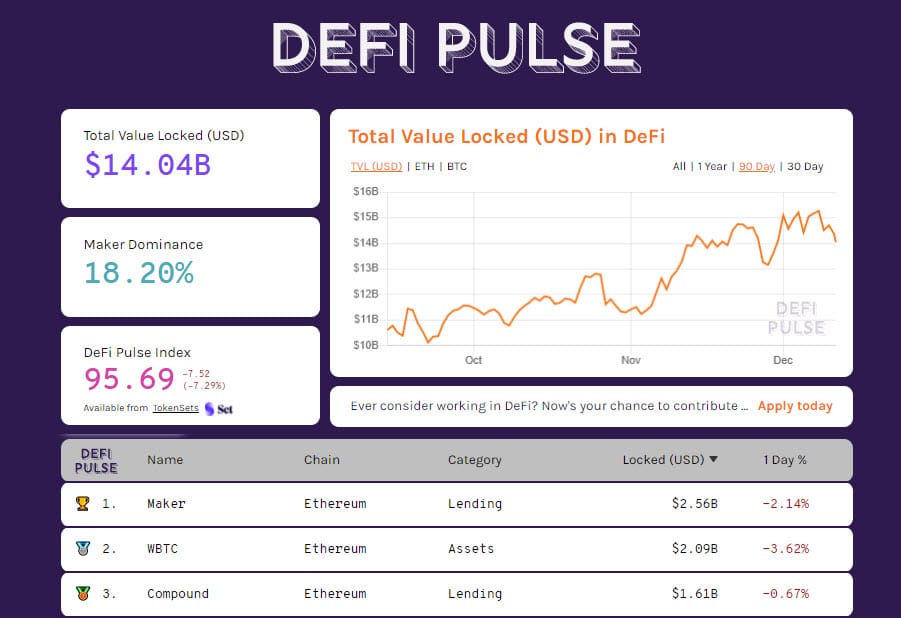 DeFi sees a drop in TVL that remains just over $14 billion, a respectable level considering the highs that were recorded at the beginning of the week with just over 15 billion dollars.

The leading projects remain Maker, followed by WBTC and Compound.

Compound (COMP) on a weekly basis recorded a gain of over 3%, a green arrow in contrast to the rest of the industry. Among the top 50 in fact, taking last Friday’s prices as a reference, they earn only COMP +4%, and Waves +2%.

The declines of the last few hours led to prices sinking below the dynamic bullish trendline that had accompanied the rise since mid-October. The sinking below $18,200 brings Bitcoin’s quotations to test $17,600-17,500, the lowest levels since the end of November.

For BTC over the weekend it is necessary to consolidate above $17,800-18,000. An extension of the decline would project prices to update last month’s lows below $16,300.

The drop is due more to a lack of purchases. The bearish phase that is characterizing the movement after the records of December 1st is aligned to a two-month cycle closure expected in the coming days. It is a controlled and orderly closure, without particular tensions and bearish movements.

Ethereum is also following in the wake of Bitcoin. After the tops of the last two years reached on December 1st, Ethereum has started a descent that, despite the loss of about 16%, sees no particular tension. The decline of these days is taking place in a very controlled way.

For Ethereum there is more room for downward movement. In fact, the closing of the bimonthly cycle started a few days before BTC, in the first days of October, is accompanying the movement of these hours, allowing a wide margin with a first alarm bell in the medium-long term only with a return to $475, 10% away from today’s prices that see ETH fluctuate between $540 and $560.

Alarms would only come with declines below $410, levels more than 25% away from current prices.

For Ethereum it is preferable to wait at these levels to understand the possibility of a consolidation of prices and a return of the purchases that would bring the quotations above 600 dollars, a technical and psychological threshold.

In this critical moment of relative weakness on the part of Ethereum, it is advisable to wait for the end of this bearish movement that from Monday, like for Bitcoin, sees 4 days out of 5 coloured in red.

Previous article MassMutual bought Bitcoin for $100 million
Next article XRP: how to participate in the Spark airdrop