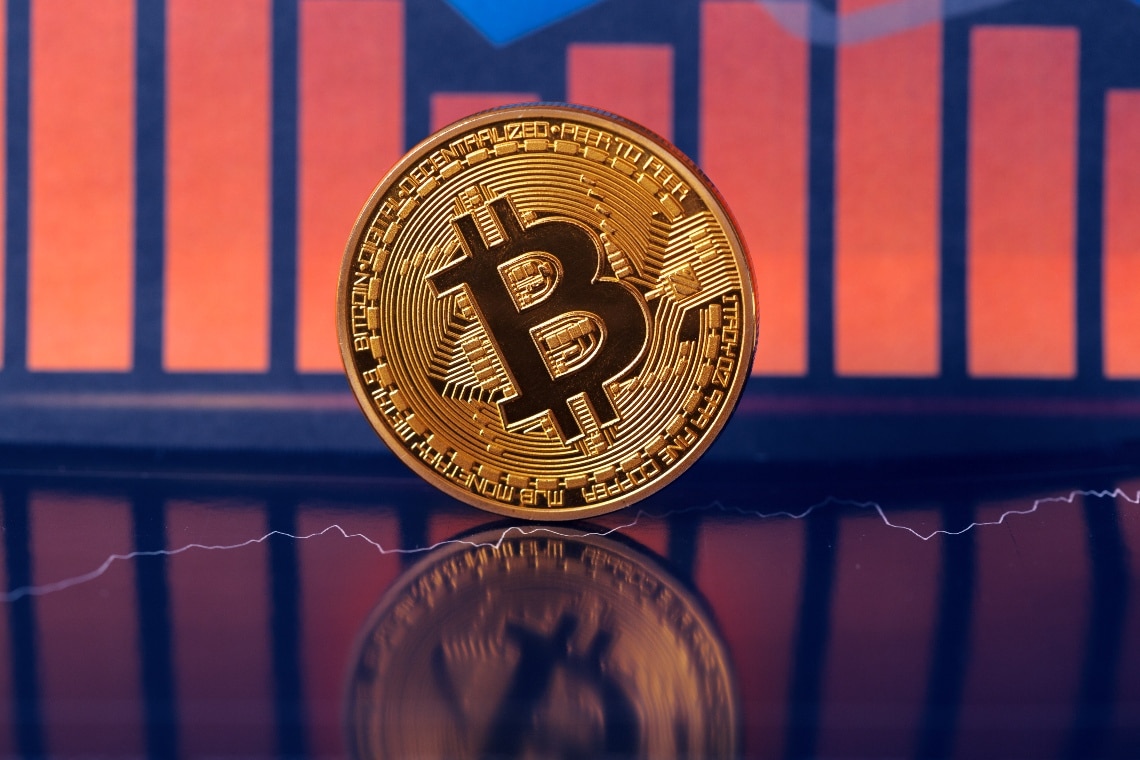 The day begins with the 4th consecutive rise on the euphoria that yesterday saw Bitcoin set a new all-time record that reached $40,400, while Ethereum touched $1,300, the highest peak since January 2018.

After these new records, as often happens in these cases, profit-taking began and in the following hours they recorded significant declines.

In fact, from those highs, Bitcoin in the last hours is registering a decline close to 10%. Even more serious is the movement of Ethereum that goes beyond -15%.

If we contextualize these movements within a trend that for the past week has been characterizing one of the most explosive bullish movements of the last decade for Bitcoin, the bearish impact is not particularly affecting the main trend.

Bitcoin has been gaining over 30% since last Friday. Ethereum is doing better, which sees profit taking pushing over 65% on a weekly basis. If we extend the analysis and take as reference the lows of December 24th, Bitcoin scores a performance of 130%, equal intensity also for Ethereum that sees its price double in 15 days.

It is a trend that is dragging all the other altcoins as well. In the last week in particular, the rise of Stellar (XLM) is emerging, which since last Friday has risen by over 150%, placing it among the best performances of the week.

Enjin (ENJ) best of the day

The day remains with a clear prevalence of the positive sign with over 60% above parity.

On the podium, there is Enjin Coin (ENJ) that flies more than 60% from yesterday morning levels, confirming the bullish trend started from the lows of January 2nd and that at the moment registers an increase of more than 130% in less than a week. The ENJ token moves back above 27 cents, its highest level since February 2018.

As the next best it is followed by Decentraland (MANA) along with Nano (NANO), both up over 45%.

A week that is going to end with the absolute record of capitalization that despite the fears and the bearish ballet of these last hours continues to consolidate above 1,035 billion, where Bitcoin with over 725 billion occupies about 70% market share.

Ethereum maintains about 13% dominance. XRP is at 1.4%, just above its lowest lows in three years, marked earlier this week. 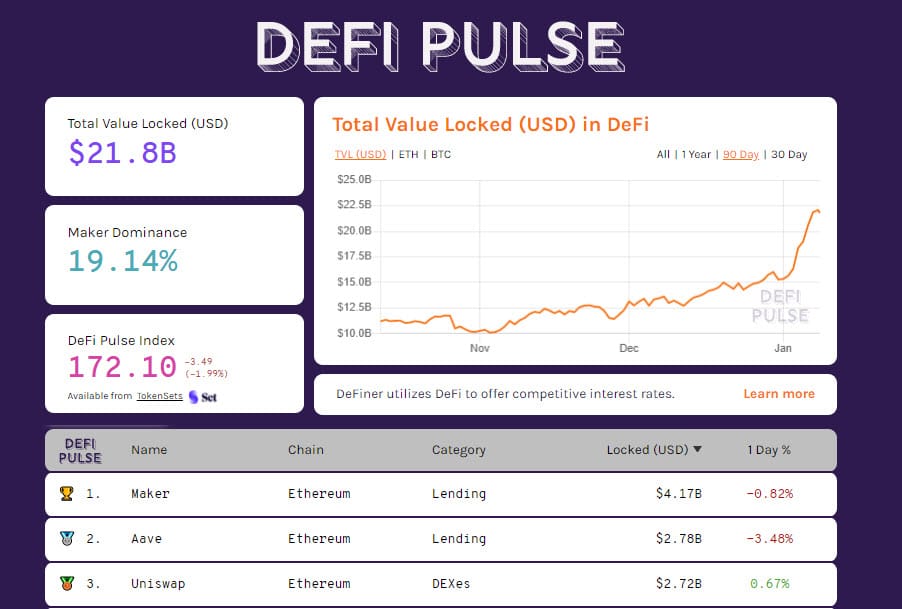 Maker is confirmed as the industry leader with the most value locked up, over $4.2 billion (the highest ever), followed at a distance by Aave with $2.8 billion and Uniswap at $2.7 billion.

If Bitcoin were to confirm current levels over the next two days of the weekend, with a close above $33,000, it would see its fourth consecutive upward closing week. Yesterday’s further extension distances the short-term bearish dangers.

Alarms would begin to arise if Bitcoin prices were to fall below $34,500 over the next two days of the weekend. While on the upside, a further rise above yesterday’s absolute record of $40,400 would confirm a trend that can now be defined as “vertical rise“.

In such a context, in comparison the rise of the end of 2017 analyzed on a nominal basis is now reductive. That rise is lower in intensity.

For this reason, it is recommended to be very cautious as important profit-taking could create a double-digit bearish context: it is good to use a lot of caution because a reversal could create even deeper declines than those recorded in the last week and that passed almost unnoticed.

The bullish structure created in recent weeks is confirmed in the rise of the last few hours. The short-term bearish danger is receding. At the same time, the vertical movement of these last 6 days leaves ample room for manoeuvre even on the downside that could be exploited by short-term speculation.

From the current levels where Ethereum is moving in these hours, around 1,200 dollars, it is not possible to exclude movements below 1,000 dollars which would not invalidate the uptrend built in this last week.

Like for Bitcoin, also for Ethereum it is wise to be very cautious from these levels, in a short term perspective, so as to allow the Ethereum chart to identify a valid support. The first area could be at $950.

Previous article Did rapper Lil Yachty invest in Dogecoin?
Next article XRP: Ripple answers some questions about the SEC lawsuit