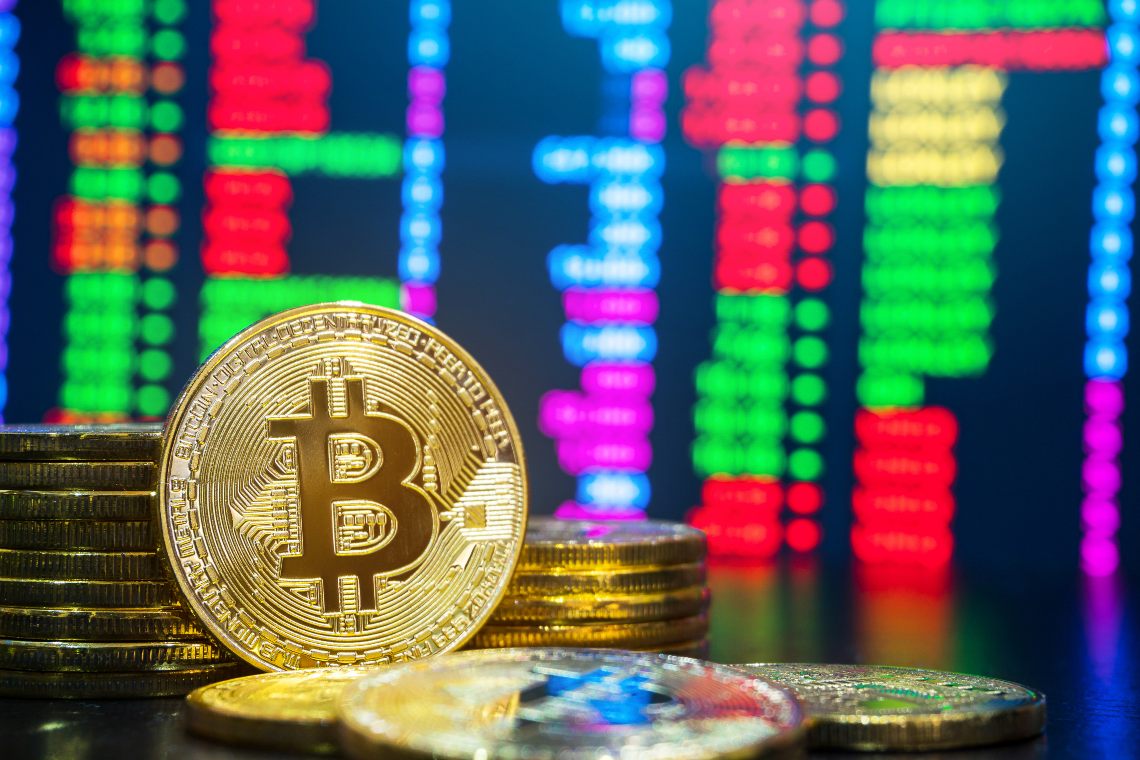 Bitcoin is in decline. Is Coronavirus the cause?

A day of high tension on the world’s financial markets, and also Bitcoin and cryptocurrencies are in decline.

The new European social restrictions aimed at containing the new wave of the Coronavirus contagion and the possibility of a return of lockdowns in some American states, is causing fears of serious repercussions on the recovery of the world economy.

Although with less impact, yesterday’s falls bring back memories to the period between March and April.

The US S&P 500 stock index and the European Eurostoxx50 benchmark index both lost 3.5% in a single session, expanding the losses that began in the middle of the month.

The price of gold falls. Bitcoin is also down

Gold also suffered a fall of 1.6%. While not the worst of the last few months, yesterday’s drop brings prices down to just $1,850 an ounce, the lowest point in 30 days.

From the absolute tops reached on August 7th at $2015 an ounce, gold prices are down by almost 10%.

Bitcoin also followed the bearish wave yesterday, closing the day with a daily loss of 2.6% since Tuesday’s closing. But unlike the other assets, despite the weakness, the prices of Bitcoin gained 17% since the closing on October 16th.

Bitcoin is in strong countertrend also on a monthly basis with a total balance of +22%.

Today is still affected by weakness with more than 80% of the major cryptocurrencies under parity. Going through the ranking of the most capitalized currencies, it is necessary to go down to the 25th position to find the first positive sign.

It is Nem (XEM), which is one of the best rises of the day, rising by 4% in the last 24 hours. Among the top 100 capitalized only Digibyte (DGB) does better, the only one that rises with double digits: more than 16%.

The value of the entire market capitalization is back below $390 billion. The overcoming of the $400 billion barrier lasted only a few hours, mainly due to Bitcoin’s price jump above USD 13,800, the highest level since January 2018. 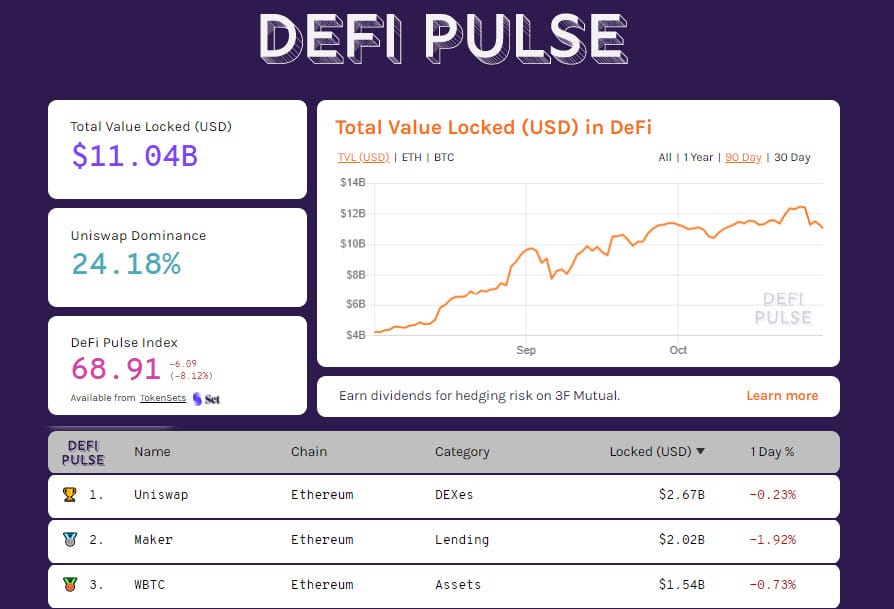 TVL (total value locked) falls back to $11 billion along with all other indicators. Positions in Ethereum are liquidated from 9.1 to 8.4 million, and tokenized bitcoin from 171 to 164 thousand.

The podium of the most used projects remained unchanged, with Uniswap firmly in the first position with $2.6 billion, followed by Maker and WBTC.

Yesterday’s rise was not accompanied by new purchasing volumes. For this reason, as already hypothesized in yesterday’s update, the risk of a short reversal was imminent.

From 13,840 USD, the fall of yesterday brought prices just below the psychological threshold of 13,000 USD, an area where prices are moving even today trying to form an area of technical support valid for the attempt of new bullish extensions.

This is a condition that in the last few hours is increasing upward hedges among options traders even though downward hedges continue to prevail with a 1:2 ratio in favour of Put options growing between 12,700 and 12,200 USD, raising levels from the previous 10,300 USD.

These are signs that attention should increase for these levels if the trend reverses.

The attempt to return above $400 fails with prices going back to testing the last former short-term resistance in the $380 area.

In spite of the volumes that remained strong, over $1.1 billion yesterday, the fall of prices shows the prevalence of the closing of the positions to the rise. The fall in the last few hours again attracts new bullish hedges just above the $400 technical and psychological threshold.

Downwards, the $355 remains valid. A possible break could increase speculation and volatility.