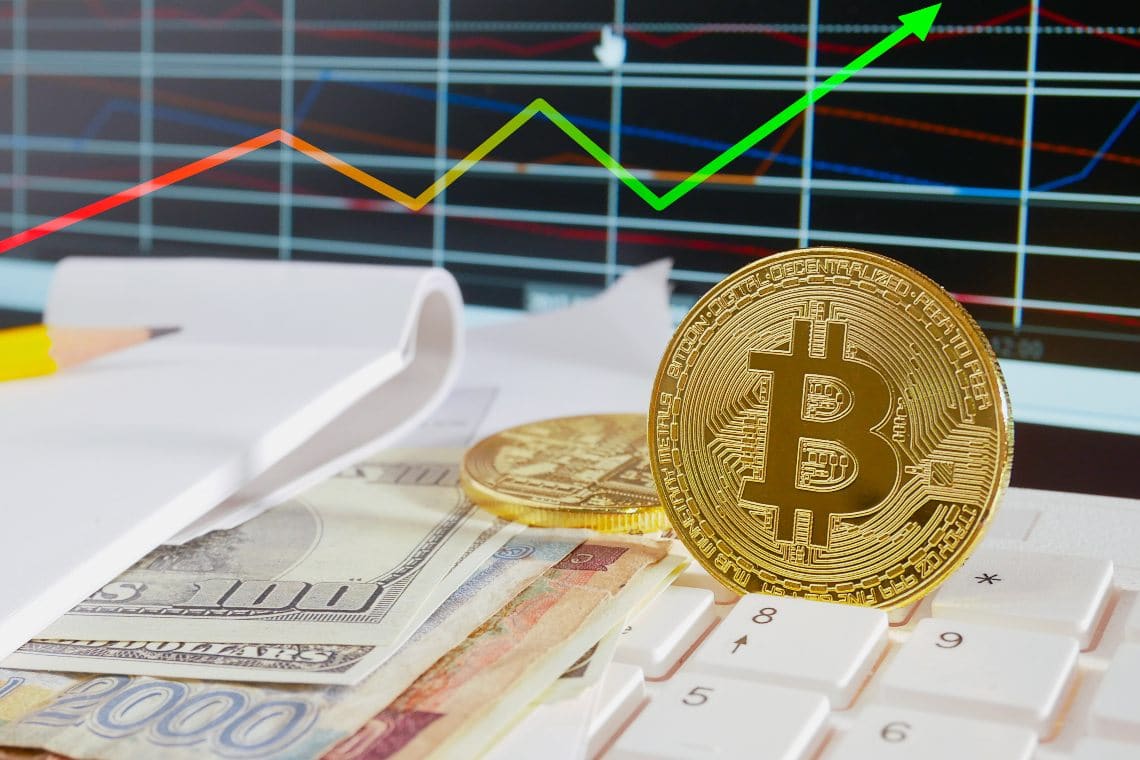 Bitcoin and the cryptocurrency sector are experiencing a record day. In particular, Bitcoin continues to excel by setting an all-time high.

After breaking the $20,000 mark yesterday afternoon, Bitcoin’s run has continued and this morning at 10 AM CET it reached $24,000. It is a level that is astonishing for its dynamics, an increase with this intensity has not been recorded for over three years.

It’s also a historic day because exactly three years from December 17th, 2017, between Sunday and Monday, Bitcoin surpassed $20,000 by a few points on some exchanges.

It’s a daily performance of almost 10%, the best since July 27th, when the rise exceeded 11% but with a lower numerical intensity. Yesterday saw a rise of about 1860 points. To find such an intense rise, one has to go back to 2017.

Bitcoin is also dragging the whole sector along. After a bit of uncertainty yesterday, Ethereum also flies beyond the records set on December 1st, touching $668, a level Ethereum hasn’t recorded since mid-May 2018.

The day sees over 80% of cryptocurrencies in positive territory. But, strangely enough, the best rises for the day were among the big names in the top 10. The best rise is that of Ripple (XRP) which flies 25%. Bitcoin followed, up 15% from yesterday afternoon’s levels. Ahead of Bitcoin, however, there is Litecoin (LTC) which gains 21% and returns to over $100 for the first time in over a year (July 2019).

Ripple is back above 55 cents, chasing away the movements that saw yesterday hit the levels of November 23rd. Ripple surpasses 58 cents with the rise of these hours.

The sharp rise in recent hours led by Bitcoin with new record highs and general euphoria take the market cap back above $637 billion, highest levels since January 2018.

Bitcoin’s trades also set a record, with over 6.4 billion dollars traded so far in the day, following yesterday’s trading of just under 7 billion dollars. If this rate continues, today’s trading would surpass yesterday‘s which was the 6th highest ever and 4th highest since the beginning of 2020. A year that is emerging as the best year ever for trading volumes, with 4 out of 6 records.

Ethereum also traded above $2.3 billion yesterday, not absolute records but still the highest level since December 1st, above the average of the last week which had seen a definite contraction in volumes for ETH. 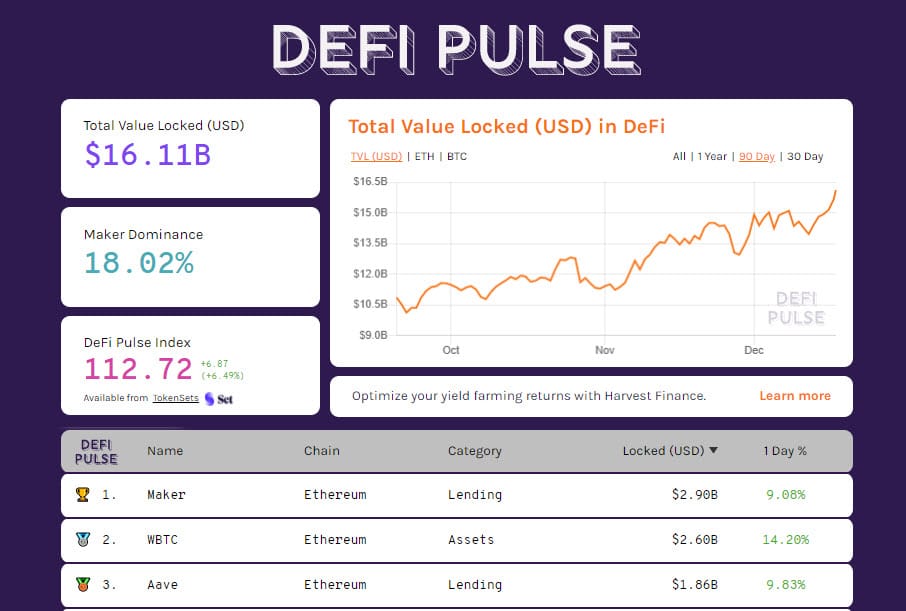 On a general level, DeFi also benefited from this, breaking the $16 billion wall thanks to the strengthening of prices. In fact, the numbers of locked ETH and BTC dropped. In particular, the level of bitcoin plummeted in 24 hours, from 155,000 to 141,000: more than 14,000 bitcoin were liquidated and operators decided to cash in.

Maker strengthened, setting an all-time record for TVL with over $2.9 billion, its highest peak since December 1st.

WBTC follows and Aave is third, alternating again with Compound, overtaken by a few million.

Bitcoin is flying upwards and towards new records. The $24,000 mark triggered some intraday profit-taking which took Bitcoin back to around $22,500 in the last few minutes. It is a rise that in recent hours sees Bitcoin prices gain over 21% in 24 hours.

In the short term, this is a rise that brings back memories of 2017. In the medium term, it should be noted that the current movement, with the structure that has been built in recent months, is decidedly different, more solid, and may open new horizons in increasingly unexplored territories.

Early warning levels would only occur with returns below 20,000 dollars, otherwise, there is only euphoria and cause for celebration for Bitcoin sympathizers.

Ethereum follows in the wake of Bitcoin and sets a new record since the beginning of January 2018 by approaching $668, a rise that dispels the fears of possible weakness over the weekend, a weakness that from these levels would only come with a drop below $530, levels more than 20% away from today’s levels.

Ethereum has gained 20% since last Thursday, while Bitcoin is up 25% and Ripple is hovering just below parity, recovering from the weakness it had accumulated over the past two weeks.